Paranormal sleep paralysis hypnagogic autoscopy absorption witness ASSAP. By Paul Chambers This article originally appeared in Anomaly 25 (for a research update on some of these topics, see near sleep experiences) The human brain is a far more extraordinary organ than most of us imagine. 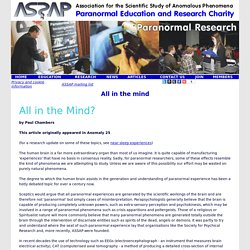 It is quite capable of manufacturing ‘experiences’ that have no basis in consensus reality. Sadly, for paranormal researchers, some of these effects resemble the kind of phenomena we are attempting to study. The degree to which the human brain assists in the generation and understanding of paranormal experience has been a hotly debated topic for over a century now. Sceptics would argue that all paranormal experiences are generated by the scientific workings of the brain and are therefore not ‘paranormal’ but simply cases of misinterpretation. While psychology cannot explain most of the wide range of strange phenomena that has been documented throughout human history, it can explain some of them.

This article can only hope to introduce these topics in the briefest of terms. Notes. Why the Bible's Authors Are Not Who We Think They Are: Bart D. Ehrman: 9780062012616: Amazon.com: Books. Amazon. Authorship of the Bible. Few biblical books are regarded by scholars as the product of a single individual, and all have been edited to produce the works known today,[1] The following article outlines the conclusions of the majority of contemporary scholars, along with the traditional views, both Jewish and Christian. 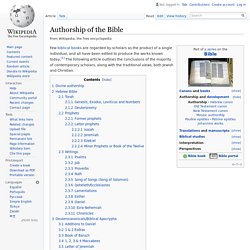 Divine authorship[edit] Jews, Samaritans, and Christians have, in different ways, regarded the Bible as being the "Word of God", or as having been authored by the Jewish/Christian God. Who wrote the books of the bible? There are no arguments. 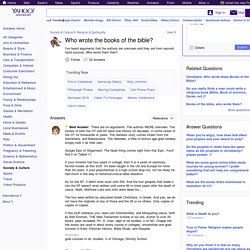 Who put the Bible together? Who Wrote The Bible? The Atheist Experience. Who Wrote the Bible? There Are Many Other Virgin Births Besides Jesus. - Religion. REVEALED! The Secret Meaning of The First Verse Of The Bible (Hidden Code!) Support us. Subscribe to New Humanist now and get four issues a year delivered to your door. 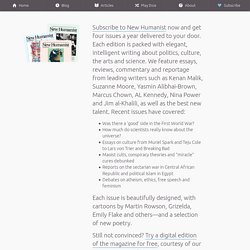 Each edition is packed with elegant, intelligent writing about politics, culture, the arts and science. We feature essays, reviews, commentary and reportage from leading writers such as Kenan Malik, Suzanne Moore, Yasmin Alibhai-Brown, Marcus Chown, AL Kennedy, Nina Power and Jim al-Khalili, as well as the best new talent. Recent issues have covered: Was there a 'good' side in the First World War?

How much do scientists really know about the universe? Each issue is beautifully designed, with cartoons by Martin Rowson, Grizelda, Emily Flake and others—and a selection of new poetry. Still not convinced? Our journalism is 100 per cent independent, and we're published by a registered charity. Online Religion & Theology Degree Programs. Religious Studies and Theology Degree Information Religious studies or Theology deals with the history, tradition and society of world religions as well as the diverse and divisive or unifying roles religion plays in modern society. 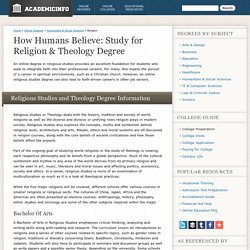 Religious studies also explores the concepts, myths and symbolism behind religious texts, architecture and arts. Rituals, ethics and moral systems are all discussed in religion courses, along with the core beliefs of ancient civilizations and how those beliefs affect the present. What Does It Take for a Person to Become an Atheist? By Austin Cline Updated July 20, 2015. 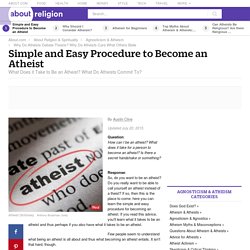 Question:How can I be an atheist? What does it take for a person to become an atheist? Is there a secret handshake or something? Response:So, do you want to be an atheist? Few people seem to understand what being an atheist is all about and thus what becoming an atheist entails. Jackie Evancho and The Canadian Tenors, Silent Night. Pentatonix’s new spin on "Mary Did You Know" is giving everyone goosebumps! 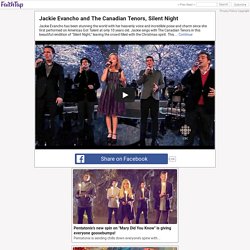 Pentatonix is sending chills down everyone’s spine with... She Threads Christmas Bulbs Onto A Hanger. The End Result Is Absolutely GorgeousIf you purchase a holiday wreath from a home store, it ... Their NEW rendition of "O Holy Night" is so beautiful, it gave me chills.Home Free’s brand new version of "O Holy Night" is stun... She Got News Dad Died. A Policewoman Mistreats A Homeless Man, Keep Your Eye On The Child Beside HimIn an effort to see how people might respond to a homel... My Atheism does not make me superior to believers. It's a leap of faith too. There are many different ways in which people come to atheism. 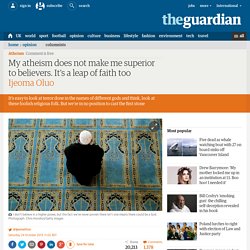 Many come to it in their early adult years, after a childhood in the church. Some are raised in atheism by atheist parents. Some come to atheism after years of religious study. I came to atheism the way that many Christians come to Christianity – through faith. I was six years old, sitting in my frilly yellow Easter dress, throwing black jelly beans out into the yard, when my mom explained the story of Easter to me. Richard Dawkins: Militant atheism. Pagan Symbolism in ALL major Religions. Osiris & Christianity - The Christian Adoption of Egyptian Iconography, Symbolism, and Myth. History Of Christianity - How Christianity Was Invented. History Of Christianity - How Christianity Was Invented. You Won't Believe In Christianity Anymore or The Bible After Watching This. Hitchens Eviscerates God. George Carlin - Life is Sacred / Kill for God - BLOCKED FOR 3 YEARS!