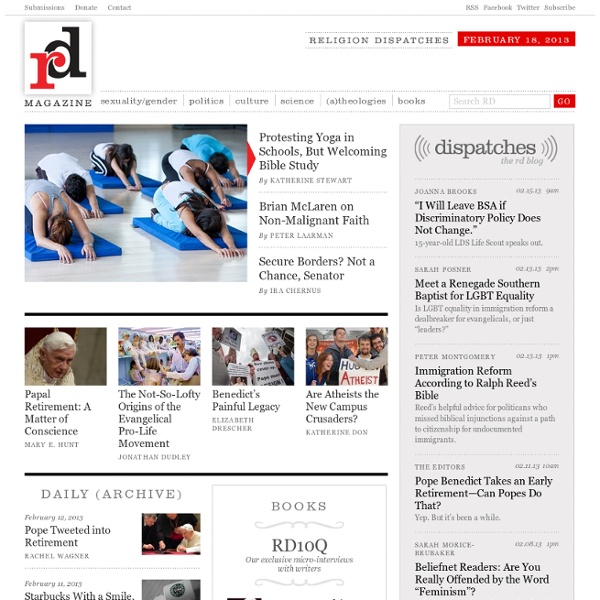 Portland State Sociology of Islam & Muslim Societies The Sociology of Islam and Muslim Societies Newsletter: Winter 2011 Newsletter No. 7 - ISSN:1942-7948 Contents Labyrinth - Theory Theology is talk about God. This means the Labyrinth is theological, because it has plenty to say about God. Creation, the Trinity, the Incarnation, relationships, journey, redemption, transcendence and immanence, encountering God, being transformed - these are some of the themes incorporated into the meditations. Reflections on the State of Islamic Studies I have been asked to share my impressions about the state of Islamic studies in the North American academy. Given that the pioneers of this field include many of my mentors, and many of my own peers have struggled for years to help advance the field to its current state, my observations will not be dispassionate. And since I have been fortunate to have a front-row seat along the development of the field over the last twenty years, I hope I’ll be able to do justice to the current state of the field.

Labyrinth In Greek mythology, the Labyrinth (Greek λαβύρινθος labyrinthos,[1]) was an elaborate structure designed and built by the legendary artificer Daedalus for King Minos of Crete at Knossos. Its function was to hold the Minotaur eventually killed by the hero Theseus. Daedalus had so cunningly made the Labyrinth that he could barely escape it after he built it.[2] Do Muslims Really Care About Martin Luther King Jr.? ABOUT THE AUTHORSaadia Faruqi is an interfaith activist, blogger for Tikkun Daily and editor of the Interfaith Houston blog. She is currently writing a collection of short stories based in Pakistan. Follow her on Twitter @saadiafaruqi.MORE BY THIS AUTHOR It’s Martin Luther King Day tomorrow and American Muslims have predictably split into two camps. One group will celebrate the man by talking about how close he is to Islamic ideals of equality and freedom, and the other will enjoy the three-day weekend with nary a nod to MLK himself.

NeuroTribes "The Structure of Flame" by autistic artist Jessica Park. Courtesy of Pure Vision Arts: In 2007, the United Nations passed a resolution declaring April 2 World Autism Awareness Day — an annual opportunity for fundraising organizations to bring public attention to a condition considered rare just a decade ago. Now society is coming to understand that the broad spectrum of autism — as it’s currently defined, which will change next year with the publication of the DSM-5 – isn’t rare after all.

BEGINNER'S GUIDE ... © 1995 Dharman Craig PressonAll Rights Reserved “Zen is not what you think!” -- anonymous Love, Whiteness, and Girls in Turbans Lots of things have been going down at LoveInshallah.com and within the Muslim blogosphere. The recent article on Muslim men returning “back home” to find wives generated diverse cyber chatter, with various responses supporting or criticizing different positions. On the heels of that debate, the Miptserz-coining, Somewhere in America, video featuring women in hijabs and cool turbans skateboarding to Jay-Z generated widespread media controversy. Biology of Religion 03. March 2012, 11:06 The online-magazine Evolution: This View of Life did get a new (and, if I might say, awesome) look. For example, the recommendation of John Jacob Lyons, who is a regular commentator here, about presenting the number of comments to each post has been fulfilled. You should check out the fresh page! More than ever, the brilliant team with active members such as Robert "@RobertMKadar" Kadar and Hadassah "@Haddie" Head is experimenting with new media possibilities such as videos.

Coming Home: An Integral Christian Practicum The other day I received the following email from David Riordan, announcing a 12-week online practicum lead by Leslie Flood Hershberger. I suspect that this will be of interest to quite a few who participated in The Advent of Evolutionary Christianity teleseries, especially (but not limited to) those who have found Integral Theory helpful or inspiring. I’ve met Leslie and she’s wonderful. And this program sure looks interesting and timely to me. Check it out! What is Political Islam Over the last few decades, Islam has become a central point of reference for a wide range of political activities, arguments and opposition movements. The term “political Islam” has been adopted by many scholars in order to identify this seemingly unprecedented irruption of Islamic religion into the secular domain of politics and thus to distinguish these practices from the forms of personal piety, belief and ritual conventionally subsumed in Western scholarship under the unmarked category “Islam.” In the brief comments that follow, I suggest why we might need to rethink this basic framework. The claim that contemporary Muslim activities are putting Islam to use for political purposes seems, at least in some instances, to be warranted.