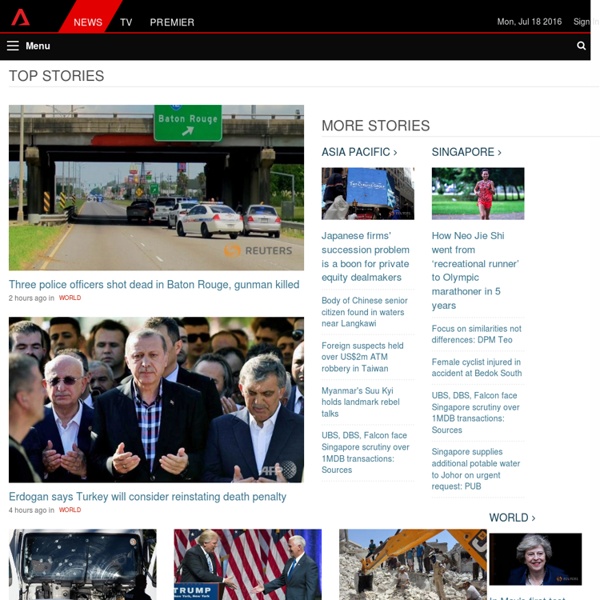 Purposeful remembrance The Wikipedia entry on Proclamation No. 1081 issued by the late president Ferdinand Marcos 39 years ago does not quite capture the terror that held sway over the Philippines throughout the martial law and Marcos era. Martial law was declared “under the pretext of a staged assassination of Marcos’ former defense minister Juan Ponce Enrile (now Senate President) and an ensuing communist insurgency,” says the online encyclopedia. It says Marcos—ruled by military power—altered the Constitution, made himself president and prime minister, manipulated elections and the political arena and had his political party, the Kilusang Bagong Lipunan, control the Batasang Pambansa so he could stay in power and plunder. May we add: Marcos shackled the Philippine press.

House: Korea document theft an embarrassment The incident in Seoul, South Korea, in which Indonesian officials reportedly had files stolen, is an embarrassment to national security, the House of Representatives' defense and foreign affairs commission says. “What kind of a defense system have we got? How could there be such negligence?” said House Commission I member Gen. (ret.) SBY launches national economic corridor plan President Susilo Bambang Yudhoyono called on officials to focus on local businesses as he launched a national economic corridor program on Tuesday. The program, part of the blueprint for the next 25 years of the nation’s economic development, would open the door for balanced development and allow regions to focus on their own economic potential, Yudhoyono said at the close of a two-day Cabinet meeting at the Bogor Presidential Palace. “Before inviting foreign partners, please look at our own resources first. State companies and local business players in the provinces should be given more opportunities under this program,” Yudhoyono said.

girl-7-raped-in-school-toilet-cops-1.1452032#.UPU4eP1lMhI Indian activists shouts slogans during a protest against the gang rape and murder of a student in New Delhi. Panaji, India - A seven-year-old girl has been raped in a school toilet in the Indian holiday state of Goa, sparking mass protests and the arrest of her headmistress, police said on Tuesday. PM orders review of safety at Indian nuclear plants All India | Press Trust of India | Updated: March 14, 2011 22:20 IST New Delhi: Prime Minister Manmohan Singh today said an immediate technical review of India's atomic plants has been ordered to check if they can withstand the impact of major natural disasters like tsunami and earthquakes in the wake of the catastrophe in Japan threatening a nuclear meltdown. Making a statement in Parliament on the earthquake and tsunami in Japan, Dr Singh said Indian nuclear plants have, in the past, met the safety standards during major natural calamities like the Gujarat earthquake on January 26, 2002 and the December 2004 Tsunami. The Prime Minister informed both Houses of Parliament that India was in constant touch with the International Atomic Energy Agency (IAEA), the Japanese Atomic Industrial Forum and the World Association of Nuclear Operators. Indian Navy is also on standby to send its ships to Japan as part of relief, rehabilitation and reconstruction.

Philippines to boost naval firepower Manila: The Philippines is expected to boost its sea presence and firepower with an escort vessel in July. Armed Forces of the Philippines (AFP) Spokesman Brig Gen Jose Mabanta confirmed earlier reports that the Philippine Navy was expected to receive a Hamilton Class vessel to patrol the country's western water frontier, notably the South China Sea. At 115 metres in length, the Hamilton Class vessel, will be one of the biggest, if not the biggest and most modern combat vessels in the Philippine fleet. In comparison, the current Navy flagship, the BRP Rajah Humabon which was commissioned in 1980, is 93 metres long. The yet to be commissioned ship will be equipped with a cannon as well as close in anti-aircraft weapons and will have a helicopter flight deck.

Spy chief under mounting pressure to quit over botched operation By Shim Sun-ah SEOUL, Feb. 23 (Yonhap) -- South Korea's spy agency has come under intensifying pressure to change over an allegation that its agents were involved in a botched operation to steal information from a visiting delegation of Indonesian envoys. Police have been investigating the allegation that three to four agents of the National Intelligence Service (NIS) unsuccessfully broke into a Seoul hotel room of the Indonesian delegation last Wednesday, in an attempt to steal classified arms trade information from their laptop computer. The agency neither confirmed nor denied the allegation. Rep. Hong Joon-pyo, a member of the Grand National Party (GNP) Supreme Council, harshly criticized the NIS, asking its chief to resign. "The NIS, which has been criticized for failing to cope with North Korea's attack on the navy ship Cheonan and Yeonpyeong Island, is now drawing jeers internationally due to the hotel intrusion incident," Hong said.

End of the Line for Jakarta's Monorail Mess Dofa Fasila After seven years and hundreds of billions of rupiah in public money, Jakarta on Monday finally pulled the plug on the city’s abortive monorail project. Jakarta Governor Fauzi Bowo said the often acrimonious relationship with the monorail’s developer was now over. “I really want there to be clarity in this monorail case, so we are ending our agreement with Jakarta Monorail because we cannot pay the Rp 600 billion [$68 million] investment that it demands to be reimbursed,” Fauzi said.

woman-appears-for-murder-1.1451952#.UPU5CjO4WeE Independent Newspapers Johannesburg - A 29-year-old woman accused of murdering United States consulate worker Christopher “Norm” Bates appeared in the Johannesburg Magistrate's Court on Tuesday. Dressed in tight black jeans, All Star sneakers and a jacket, the accused, Lerato Mogapi, stood in the dock with a bruised eye. Magistrate Jonathan du Plessis explained to her that her trial would likely be heard in the High Court and if convicted, she could possibly be handed a life sentence. Mogapi told the court that she would be applying for legal aid. The case was postponed to the January 22.

De l'inde à De l'Asie à l'Europe : le nucléaire remis en question All India | Noopur Tiwari | Updated: March 15, 2011 23:43 IST Paris/New Delhi: Experts say the Fukushima nuclear disaster could be Level 6, just one notch below the Chernobyl disaster. As Japan tries desperately to control the damage, government's across the world are now stepping up efforts to assess how safe their own nuclear reactors are. AFP lists Marcos in Hall of Heroes MANILA, Philippines?The nation?s modern-day heroes are not limited to boxing idol Manny Pacquiao and overseas foreign workers, the military would like to remind Filipinos. The Armed Forces called attention to its heroes by inaugurating a museum gallery to immortalize the deeds of about three dozen soldiers who represent the ideals of ?