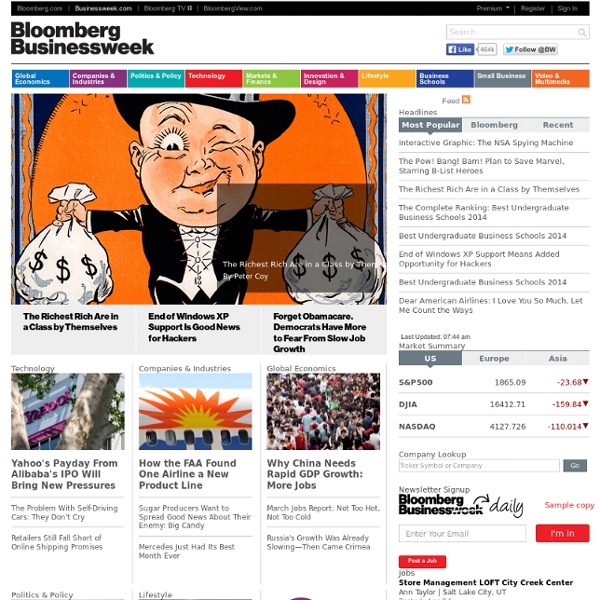 Flash Crash by Barry Ritholtz - September 27th, 2010, 5:48pm Nanex, via Marketbeat, gives us this graphical look at the Flash Crash: click for ginormous charts Category: Markets, Trading Troubled power plant reaches agreement with creditors _ Budapest Business Journal _ bbj.hu Troubled power plant , a unit of state-owned Hungarian Electricity Works (MVM), has reached an agreement with its creditors after more than five months under bankruptcy protection, the company said on Monday. The agreement will be closed after approval by the court of Komarom-Esztergom County. Vertesi's proposal, to pay back about HUF 5.6 billion in a lump sum, was approved by all of the company's secured creditors and 90% of its unsecured creditors. Vertesi can only pay the amount with a HUF 4 billion loan from its parent company. The loan was approved by a general meeting of MVM shareholders after earlier talks with creditors failed.

Read Fabrice Tourre’s Senate Testimony - Deal Journal Chairman Levin, Dr. Coburn and Members of the Subcommittee. My name is Fabrice Tourre, and I work at Goldman Sachs International in London. Thank you for the opportunity to appear before the Subcommittee. A History of Poverty In the 18th century probably half the population lived at subsistence or bare survival level. In the early 18th century England suffered from gin drinking. It was cheap and it was sold everywhere as you did not need a license to sell it. Many people ruined their health by drinking gin. Yet for many poor people drinking gin was their only comfort. The situation improved after 1751 when a tax was imposed on gin.

A Note On Currency Wars I’ve seen a number of people — most recently, Yglesias — suggesting that mutual attempts by major economies to depreciate their currencies could be really helpful right now. The intuition seems clear: it gets countries printing money; and there’s also the historical argument by Eichengreen that competitive devaluation in the 1930s was actually quite helpful. But I don’t think this argument really works — at least not as phrased.

Financing Solar Energy Projects for Municipalities - Sustainable City Network, Inc.: Finance: news, solar energy, solar panels, solar america communities, national league of cities How can municipalities help generate electricity from solar energy without actually paying for the development? The answer, increasingly, is through Power Purchase Agreements (PPAs), a financing device that entices private developers with tax credits and locks down energy costs for their public-sector partners. While there are numerous grants and municipal bond programs that help local governments pay for their own solar installations, one federal authority said cities should think twice about investing in solar if they haven't already made their municipal operations as energy efficient as possible.

Was Fabrice Tourre Cheating On His Girlfriend? Are CDOs Really N Zero Hedge is currently going through the 100 or so pages of just released Goldman emails that disclose in excruciating detail the events from late 2006 to late 2007 occurring in Goldman's mortgage trading business. We will have a lot more to say on this tomorrow, suffice to say that we were pleasantly surprised that C-BASS, which we uncovered recently may be implicated in the Goldman SEC fraud scandal, is again involved. We also feel bad for Harvard and MS Prop, and a little better for Hayman Capital. Stay tuned. In the meantime, we will take a brief detour into the financial yellow pages, as we focus on the curious case of Fabrice Tourre, who once again plays a prominent role in today's email discovery.