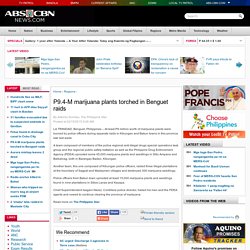 A team composed of members of the police regional anti-illegal drugs special operations task group and the regional public safety battalion as well as the Philippine Drug Enforcement Agency (PDEA) uprooted some 45,000 marijuana plants and seedlings in Sitio Ampana and Balbalnag, both in Barangay Badeo, Kibungan. Another team, this one composed of Kibungan police officers, raided three illegal plantations at the boundary of Sagpat and Madaymen villages and destroyed 300 marijuana seedlings. Police officers from Bakun town uprooted at least 15,000 marijuana plants and seedlings found in nine plantations in Sitios Lanas and Kayapa. Chief Superintendent Isagani Nerez, Cordillera police director, hailed his men and the PDEA agents and vowed to continue clearing the province of marijuana. 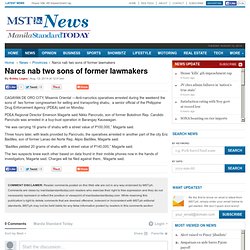 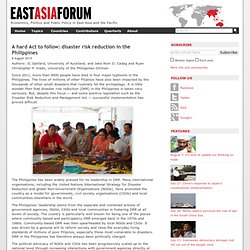 Cadag and Ryan Christopher P. Viado, University of the Philippines Diliman Since 2011, more than 9000 people have died in four major typhoons in the Philippines. The lives of millions of other Filipinos have also been impacted by the thousands of other small disasters that routinely hit the archipelago. It is little wonder then that disaster risk reduction (DRR) in the Philippines is taken very seriously. The Philippines has been widely praised for its leadership in DRR. The Philippines’ leadership stems from the separate and combined actions of government agencies, NGOs, CSOs and local communities in fostering DRR at all levels of society.

The political advocacy of NGOs and CSOs has been progressively scaled up to the national level through increasing interactions with government agencies directly or indirectly in charge of DRR. Yet, despite all of this, the impact of disasters remains staggering. J.C. Pasahero app promotes safe commuting in the Philippines. In the Philippines, it’s a common habit for people who ride taxis or other public transportation to send an SMS to a family member containing the plate number of the vehicle before boarding. 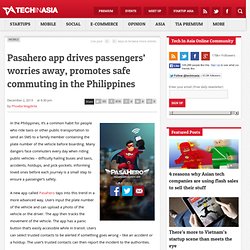 Many dangers face commuters every day when riding public vehicles – difficulty hailing buses and taxis, accidents, holdups, and pick-pockets. Informing loved ones before each journey is a small step to ensure a passenger’s safety. PH to buy two Maestrale frigates from Italy. Agence France-Presse MANILA, Philippines — The Philippines is set to buy two Maestrale-class frigates from Italy, a defense official said Wednesday, as the Asian nation races to upgrade its military amid mounting territorial disputes with China. 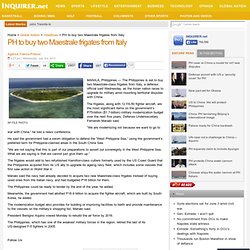 The frigates, along with 12 FA-50 fighter aircraft, are the most significant items on the government’s P75-billion ($1.7-billion) military modernization budget over the next five years, Defense Undersecretary Fernando Manalo said. “We are modernizing not because we want to go to war with China,” he told a news conference. He said the government had a sworn obligation to defend the “West Philippine Sea,” using the government’s preferred term for Philippine-claimed areas in the South China Sea. 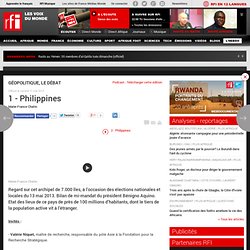 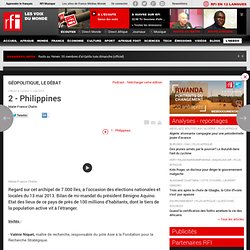