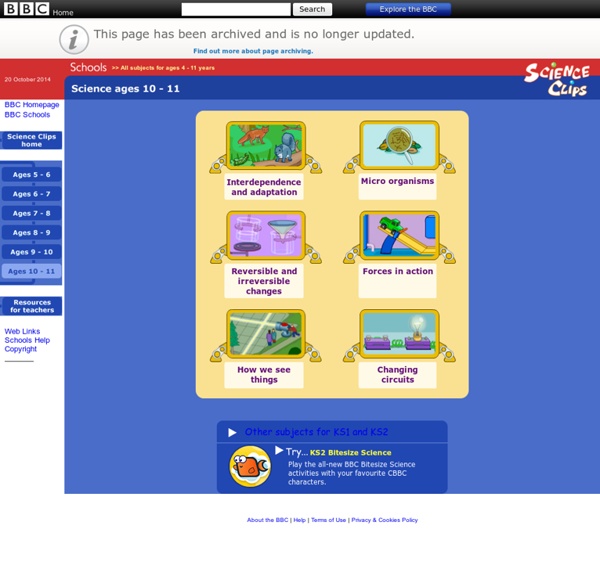 Related:  Am I a Brainiac? • Forces

Albert Einstein Facts, Quotes, Relativity Theory, Science Information Albert Einstein was born on the 14th of March 1879 and died on the 18th of April 1955. Born in Germany to a Jewish family, Einstein made many contributions to the field of theoretical physics. Even when very young, Einstein showed great ability in both math’s and science. He was naturally curious and had a brilliant analytical mind. Einstein worked in a patent office evaluating patents for electromagnetic devices not long after he graduated. He produced perhaps one of the most famous equations ever: E = mc² (energy equals mass multiplied by the speed of light squared).

Determining the Net Force If you have been reading through Lessons 1 and 2, then Newton's first law of motion ought to be thoroughly understood. An object at rest tends to stay at rest and an object in motion tends to stay in motion with the same speed and in the same direction unless acted upon by an unbalanced force. In the statement of Newton's first law, the unbalanced force refers to that force that does not become completely balanced (or canceled) by the other individual forces. If either all the vertical forces (up and down) do not cancel each other and/or all horizontal forces do not cancel each other, then an unbalanced force exists. The existence of an unbalanced force for a given situation can be quickly realized by looking at the free-body diagram for that situation. In each of the above situations, there is an unbalanced force. Observe in the diagram above that a downward vector will provide a partial or full cancellation of an upward vector. A Net Force Causes an Acceleration Check Your Understanding

Kids - Albert Einstein Biography Albert Einstein was born as the first child of the Jewish couple Hermann and Pauline Einstein, nee Koch, in Ulm on March 14, 1879. When Albert’s grandmother saw him for the first time she is said to have cried continuously: "Much too thick! Much too thick!" But despite all fear the development of young Albert was a normal one. A short time later the Einstein family went to Munich where Albert first attended elementary school and subsequently Luitpold grammar school. He moved to Bern and was given work at the Patent Office. Einstein’s famous formula: In this mathematical equation, E stands for energy, m for mass and c for the speed of the light in a vacuum (ca. 300,000 km/s). In 1903 he married his college mate Mileva Maric. After Einstein had separated from his wife Mileva he married his cousin Elsa Löwenthal in 1919. Through the political situation in Nazi Germany Einstein left the country in December 1932 and never again entered German ground.

The Meaning of Force A force is a push or pull upon an object resulting from the object's interaction with another object. Whenever there is an interaction between two objects, there is a force upon each of the objects. When the interaction ceases, the two objects no longer experience the force. Forces only exist as a result of an interaction. Contact versus Action-at-a-Distance Forces For simplicity sake, all forces (interactions) between objects can be placed into two broad categories: contact forces, and forces resulting from action-at-a-distance Contact forces are those types of forces that result when the two interacting objects are perceived to be physically contacting each other. Action-at-a-distance forces are those types of forces that result even when the two interacting objects are not in physical contact with each other, yet are able to exert a push or pull despite their physical separation. Examples of contact and action-at-distance forces are listed in the table below. The Newton