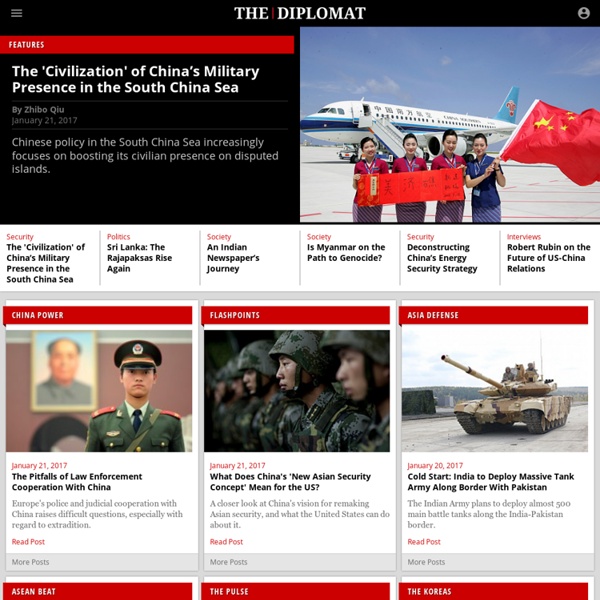 American Diplomacy American Diplomacy is published in cooperation with the University of North Carolina-Chapel Hill’s College of Arts and Sciences and its Curriculum in Peace, War and Defense and with the Triangle Institute for Security Studies. EDITOR: Csaba T. Chikes Announcements New LINK Print Edition of 2013 Open Doors: Report on International Educational Exchange Now Available: New LINK Our readers will be interested to learn that, as of yesterday, one can get on Kindle all three of the books published so far by our frequent contributor, Ambassador (ret.)

The World Factbook People from nearly every country share information with CIA, and new individuals contact us daily. If you have information you think might interest CIA due to our foreign intelligence collection mission, there are many ways to reach us. If you know of an imminent threat to a location inside the U.S., immediately contact your local law enforcement or FBI Field Office. For threats outside the U.S., contact CIA or go to a U.S. Après Nous, Le Déluge I can perform all the economic analysis in the world, and it won’t convey the sheer apprehension I feel about China’s current situation anywhere near as well as the following pictures, found on ChinaSmack. The gold-encrusted hallways, marble foyers, and imposing granite frontage are not from Versailles, or the Vatican, or even Caesar’s Palace in Las Vegas. They are from the newly completed corporate headquarters of state-owned Harbin Pharmaceutical, in northeast China. No word on exactly how much the literally palatial offices cost to construct, but the mind boggles. One prominent journalist from Chinese state TV severely criticized the company for its garish use of funds, explicitly comparing it to the Palace of Versailles, but some netizens posting online defended the monument as a natural expression of China’s prosperity: What happened…?

Institute for Advanced Studies In Culture: Publications - The Hedgehog Review Current Issue Summer 2017 (19.2) The accelerating urbanization of the world can be viewed as either the hope or the bane of our global future. Palestine: the world's next nation This map shows in green countries that support recognising Palestine as a state. 252,265 have signed the petition. We reached our target of 1 million before the UN General Assembly on September 19th.