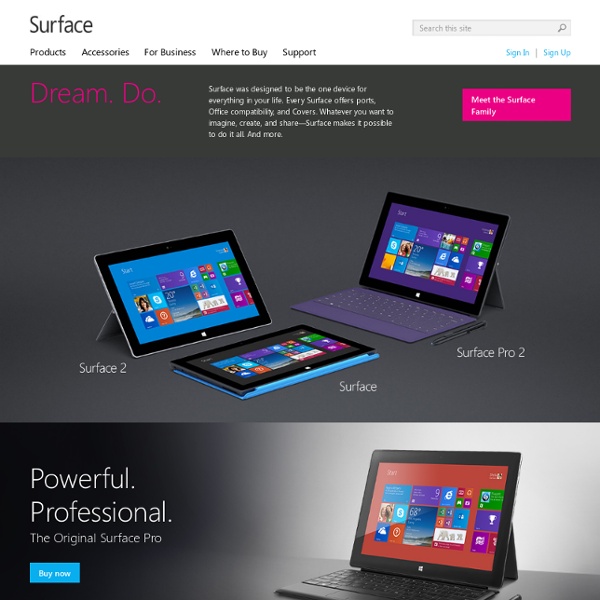 Apple iPad Buyer Is a Male, Pet-Owning Gamer While the iPad is clearly a hit among lots of demographics, from non-reading toddlers to senior citizens, there are still certain sets of people that are more likely to go out and buy one of the Apple tablets. The folks at marketing firm BlueKai have compiled some of that data into a handy infographic. Among the three characteristics most tied to iPad purchasing are being male, a pet-owner and into video games. Close behind are scientists, travelers (both international and domestic) and, bizarrely, organic food proponents.

3D Printing - MakerBot Replicator Prints a Plastic Bust of Stephen Colbert I just stopped by MakerBot's far-flung booth somewhere in the back caverns of CES (I believe it may technically be in Arizona) to check out their new Replicator 3-D printer. Check out the video below--pretty sure that's a bust of Stephen Colbert being slowly brought to life with swirling circles of molten plastic. The Replicator is the newest MakerBot, a relatively inexpensive 3-D printer that can print in either ABS (the same plastic LEGO uses) or PLA (a corn-based bio-material). This version is much bigger, capable of printing objects 9 x 6 x 6 inches in size, and has a "dual extrusion" mode to print two-colored objects, a first for MakerBot. It also ships fully assembled; previous MakerBots required the end user to construct them at home, which is described as being about as difficult to assemble as a piece of furniture from IKEA, so there's that little inconvenience taken care of.

Is Video The New Software? Editor’s note: Contributor Ashkan Karbasfrooshan is the founder and CEO of WatchMojo. Follow him @ashkan. VC (TechCrunch contributor) Mark Suster published an article on his personal blog about one of his portfolio companies, Maker Studios. Other players in that space include The Collective and Fullscreen. While Mark is clearly rationalizing his investment, his reasoning is worth understanding. How to be a data journalist Data journalism is huge. I don't mean 'huge' as in fashionable - although it has become that in recent months - but 'huge' as in 'incomprehensibly enormous'. It represents the convergence of a number of fields which are significant in their own right - from investigative research and statistics to design and programming. The idea of combining those skills to tell important stories is powerful - but also intimidating.

How Much Americans Spend on Electronics [INFOGRAPHIC] Think you've got bad gadget spending habits? If you're a single male between the ages of 50 and 65 living in San Jose, Calif. your tech splurges might be par for the course, according to research by Bundle.com. By aggregating anonymous data from the U.S. government, banks and other third-parties, Bundle has broken down Americans' gadget spending by city, age, household type and income level. While some of the findings are expected (monthly tech spending increases as the household gets larger), some are less so. For example, Madison, Wis. beats Seattle, Wash. in monthly spending, and 50 to 65-year-olds outspend their younger counterparts, on average.

LG begins mass production of first flexible, plastic e-ink displays LG, that South Korean conglomerate that has mostly spent the last few years fading into Samsung’s shadow, has just announced that it has begun mass production of the world’s first flexible, plastic e-ink display. This is opposed to the hard, heavy, prone-to-cracking glass-laminate e-ink displays found in devices such as the Kindle and Nook. The new plastic display has a resolution of 1024×768 and is six inches across the diagonal, which is comparable to the Kindle and Nook. Because it’s made of plastic and not glass, though, the LG display is half the weight (14g) and 30% thinner (0.7mm) than a comparable, glass e-ink panel. Existing e-book readers need to be thick (and heavy) to protect the glass display, but LG is promising that its display is a lot more rugged. The press release says that the plastic display survives repeated 1.5-meter drop tests and break/scratch tests with a small hammer, and that it’s flexible up to 40 degrees from the mid point.

A Sneak Peek At The TVs Of The Future Each year begins for technologists and geeks with the annual pilgrimage to Las Vegas for CES. It's easy to write off this massive technology trade show as an outdated, overrated, and overhyped gizmo-fest. But I think it's incredibly valuable, and often results in real marketplace knowledge ahead of the curve. That said, I go into CES each year with some insights and some crystal ball gazing that often helps me focus on what I'm expecting to see. This year, 2012 CES has a handful of trends that will impact media, content creators, and devices. Here are FIVE CES PREDICTIONS you can expect to see come true in Las Vegas this year. Data science We’ve all heard it: according to Hal Varian, statistics is the next sexy job. Five years ago, in What is Web 2.0, Tim O’Reilly said that “data is the next Intel Inside.” But what does that statement mean? Why do we suddenly care about statistics and about data?

Planets Large and Small Populate Our Galaxy (Infographic) Buy This Infographic as a Full-Size Poster Astronomers have discovered more than 700 alien planets beyond the solar system, and the count is rising all the time. Some are large and hot, and others are smaller and cooler, but scientists are still on the lookout for an Earth twin. They just got closer, with the announcement Dec. 5 of a planet found by NASA's Kepler space telescope to lie in the habitable zone around its star where liquid water, and perhaps life, could exist. You can purchase a 20"x60" poster of this SPACE.com infographic on high-quality 14G Photo Paper from the SPACE.com store here: Buy Poster Embed: Paste the code below into your site.

Try On Clothes Without Getting Undressed While perusing the newest releases at CES yesterday, I have to admit the main reason this software came to my attention was because of the name of the company that created it: “FaceCake.” Immediately, the image of a printer that created “face cakes” came to mind, but after I did some research, the real thing, Swivel, was almost as cool. Swivel (not to be confused with Swivl) uses the Microsoft Kinect to let users try on clothing without getting down to their skivvies. Once the user is the right distance from the Kinect, a menu of different items pop up that can be selected with the wave of a hand and overlaid on the body. When the shopper selects an outfit, she can move around as she might when physically trying on clothes. She can also accessorize to create an entire outfit.

Narcolepsy - Introduction Description An in-depth report on the causes, diagnosis, and treatment of narcolepsy. Highlights Overview Android Market Surpasses 10 Billion Downloads Google's celebrating a pretty big app market milestone: 10 billion apps served...er..downloaded. In a blog post, the search giant announced the landmark for the store, which serves its mobile OS-phone-carrying customers, noting that app downloads have been accelerating over the last year or so. "One billion is a pretty big number by any measurement. However, when it’s describing the speed at which something is growing, it’s simply amazing," noted Eric Chu, Director, Android Developer Ecosystem in the post.