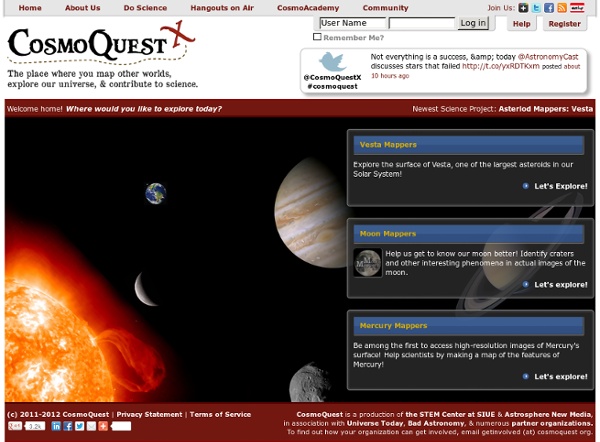 The Kardashev Scale – Type I, II, III, IV & V Civilization Mass Effect citadel. Image credit: BioWare Theorists assert that, as a civilization grows larger and becomes more advanced, its energy demands will increase rapidly due to its population growth and the energy requirements of its various machines. With this in mind, the Kardashev scale was developed as a way of measuring a civilization’s technological advancement based upon how much usable energy it has at its disposal. Credit: Chris Cold The scale was originally designed in 1964 by the Russian astrophysicist, Nikolai Kardashev (who was looking for signs of extraterrestrial life within cosmic signals). Firstly, it is important to note that the human race is not even on this scale yet. A Type I designation is a given to species who have been able to harness all the energy that is available from a neighboring star, gathering and storing it to meet the energy demands of a growing population. What would this much energy mean for a species? Type V.

How Artists Once Imagined the Earth Would Look from Space: | Oddly_Even Ever since the invention of the telescope, people knew what the planets of the solar system looked like. By the turn of the 20th century, we even had excellent photos of many of them. But before the first satellites—or even the first high-altitude photos from V2 rockets and stratosphere balloons—no one had any idea what our planet would look like when seen from space. Here’s how artists imagined Earth would look from space. Illustration by Chesley Bonestell. No one saw our earth as an entire planet hanging in empty space until 1960, when a Russian satellite snapped a grainy image. The first TV picture of earth from space. First full-disk photo of earth from space. First color full-disk photo of earth from space. Before this, a number of artists tried to imagine what our planet might look like from space. Nineteenth century visualization of the earth seen from space. Figuring out what the seas and continents would look like was a snap. Flammarion, 1884. Howard Russell Butler. Lucien Rudaux.

Predicting what extra-terrestrials will be like: and preparing for the worst 1. Introduction ‘Astrobiology is the study of things that do not exist.’ But all is not necessarily lost. Too much excitement; time to settle down. 2. (a) Terrestrial limits What we find here, therefore, will be a reliable guide to what we will find anywhere. Figure 1. Diagrammatic sketch of the carbaquist habitation box with respect to some principal parameters (pH, pressure, salinity, temperature). So far as the thermal tolerance of eukaryotes is concerned, while much has been made of certain polychaetes inhabiting hydrothermal vents (e.g. [13]), both the dynamic nature of this environment and the difficulties in obtaining accurate measurements suggest that for short-term exposure the upper limit lies at about 55°C, and the ambient preference is of the order of 40–50°C [14,15]. This is evident at the other end of the temperature spectrum. (b) Beyond the Earth (c) Beyond the Solar System

Peptides may hold ‘missing link’ to life Simple peptides can organize into bi-layer membranes. This recent finding suggests a “missing link” between the pre-biotic Earth’s chemical inventory and the organizational scaffolding essential to life. “We’ve shown that peptides can form the kind of membranes needed to create long-range order,” says Seth Childers, a chemistry graduate student at Emory University and lead author of the paper recently published by the German Chemical Society’s Angwandte Chemie. “What’s also interesting is that these peptide membranes may have the potential to function in a complex way, like a protein.” Yan Liang, a post-doctoral fellow in neuroscience, captured images of the peptides as they aggregated into molten globular structures, and self-assembled into bi-layer membranes. “In order to form nuclei, which become the templates for growth, the peptides first repel water,” says Liang.

Stellar engine Stellar engines are a class of hypothetical megastructures which use a star's radiation to create usable energy. Some variants use this energy to produce thrust, and thus accelerate a star, and anything orbiting it, in a given direction. The creation of such a system would make its builders a Type-II civilization on the Kardashev scale. There are three variant classes of this idea. Class A (Shkadov thruster)[edit] Class B[edit] A Class B stellar engine is a Dyson sphere—of whichever variant—built around the star, which uses the difference in temperature between the star and the interstellar medium to extract usable energy from the system, possibly using the phenomenon of thermoelectricity (heat engines, or thermal diodes). Class C[edit] A 'Class C' stellar engine combines the two other classes, employing both the propulsive aspects of the Shkadov thruster, and the energy generating aspects of a Class B engine. Stellar engines in fiction[edit] See also[edit] Dyson spheres in popular culture

Why Does the Moon Look Bigger on the Horizon? | Life's Little Mysteries You might have heard it is magnified by the atmosphere just as it rises. Not so. Instead, it's your brain on Moon drugs. The mind believes things on the horizon to be farther away than stuff overhead. Why? We're used to seeing clouds just a few miles above us, but the clouds on the horizon can be hundreds of miles away. The effect (which also occurs with the setting Sun) is known as the Ponzo illusion. The Moon generally appears full one or two nights before and after it's technical fullness.

L'Encyclopédie des Planètes Extrasolaires EU-Backed 'Electric Sail' Could Be the Fastest Man-Made Device Ever Built IKAROS would do well to watch its back, for the Japanese solar-sailing spacecraft may just have some competition that's fast enough to catch up. The EU is funding a three-year project at the Finnish Meteorological Institute to build the fastest man-made device in the universe: an electric sail, or ESAIL, that researchers say could make Pluto in just five years' time. Like the more well-known solar sail, the ESAIL is propelled by solar radiation and therefore requires no chemical or ion propellant. The ESAIL consists of a bunch of thin metallic tethers that unfurl in a huge circular array around the craft. Since the sail itself is extremely lightweight, it doesn't take much – in theory anyhow, as these principles have yet to be tested in space – to get a ESAIL-powered spacecraft humming along at a respectable pace; some have estimated that after a year in flight an ESAIL could hit about 19 miles per second.

Exoplanet Atlas full of errors – VisualJournalism When you do graphics for print in Wired – and then post on your blog about the process – stressing how much attention you pay to the details, then you’re asking for it. Sorry, David McCandless … (Click the graphic for full-size at Wired and read the blogpost at information is beautiful here) Your Exoplanet Atlas is full of errors. According to your own description, you have three designers and three researchers working on the project for nine months doing 26 drafts, and yet it takes only a very simple check-up to realize, that this Atlas is not to be trusted. My advice – Get a proofreader with infographic knowledge and hopefully you’ll put out an error-free graphic next time. I’m sure you’ll agree, that information not only has to be beautiful – it also has to be correct: 1. 2. 3. 4. ‘No more, no more’.

World Solar Challenge at green.mnp Tomorrow (Sunday) marks the beginning of the 2007 Panasonic World Solar Challenge. The Challenge: Design and build a car capable of crossing the vast and imposing continent of Australia using only sunlight as fuel and to prove it, in the spirit of friendly competition against others with the same goal.Inspired by adventure and fuelled by the spirit of friendly competition, the event attracts teams from corporations, research and educational institutions around the world.2007 will be the 20th anniversary since the first World Solar Challenge was staged. [world solar challenge]