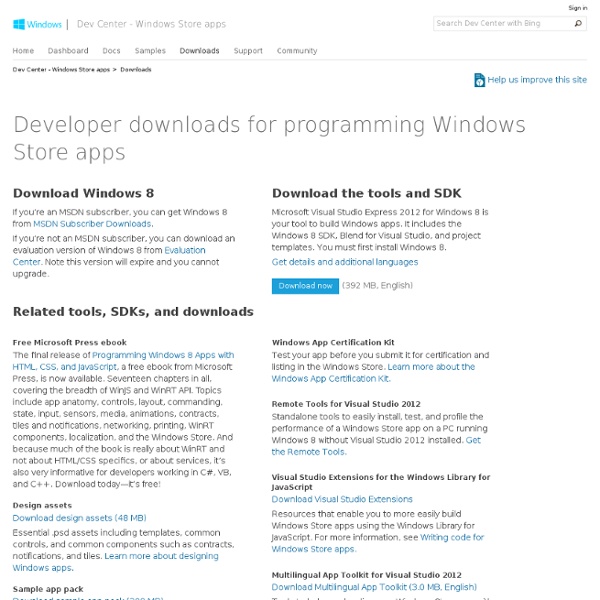 Tektite Two splash-form tektites Tektites (from Greek τηκτός "tēktos", molten) are gravel-size bodies that are composed of black, green, brown or gray, natural glass that are formed from terrestrial debris ejected during extraterrestrial impacts. They are characterized by 1. a fairly homogeneous composition; 2. an extremely low content of water and other volatiles; 3. an abundant lechatelierite; 4. a general lack of microscopic crystals known as microlites and chemical relation to the local bedrock or local sediments; and 5. their distribution within geographically extensive strewnfields. Tektites generally range in size from centimeters to millimeters. Windows Performance - Hardware Compat, Device, Driver Find resources and tools to help you install and manage devices, troubleshoot hardware compatibility issues, and monitor and improve performance in your Windows client environment. Springboard Series Spotlight Consumerization of IT: Frequently Asked QuestionsGet answers to common questions about the growing consumerization trend and get recommendations on how to approach the management of user-selected devices, applications, and services within your desktop environment.

Bringing Hyper-V to “Windows 8” - Building Windows 8 In this post we talk about how we will support virtualization on the Windows "client" OS. Originally released for Windows Server where the technology has proven very popular and successful, we wanted to bring virtualization to a core set of scenarios for professionals using Windows. The two most common scenarios we focused on are for software developers working across multiple platforms and clients and servers, and IT professionals looking to manage virtualized clients and servers in a seamless manner. Mathew John is a program manager on our Hyper-V team and authored this post. One note is that, as with all features, we're discussing the engineering of the work and not the ultimate packaging, as those choices are made much later in the project. --Steven PS: We didn't plan on doing so many posts in a row so we'll return to more sustainable pace -- sorry if we inadvertently set expectations a bit too high.

Ovos moles de Aveiro Ovos moles de Aveiro Description Ovos Moles de Aveiro is a Portuguese IGP product obtained by the addition of raw egg yolk to sugar syrup. They may be put up as they are, wrapped in communion wafer or put up in wooden or China containers. Its colour is uniform, ranging from yellow to orange, shiny all over and very intense, its complex aroma is of egg yolk developing towards a characteristic odour contributed to by aromas as varied as caramel, cinnamon and nuts, as a result of the chemical reactions during cooking between the sugar and the components of the egg yolk. It is sweet, with the flavour of egg yolk and sugar softened by the cooking process and its consistency is creamy and somewhat thick.

HTML5 Remote Desktop Access any Windows Desktop remotely from anywhere, through a Web Browser Thinfinity® Remote Desktop Workstation delivers secure, high-performance Remote Desktop access and Screen Sharing over the web by taking advantage of the latest web technologies like AJAX, WebSockets and HTML5. Thinfinity® Remote Desktop Workstation can be used for personal or commercial use at no charge. Souvenir Of Madeira - Album No. 1 Album No. 1, Edicao Bazar do Povo (Registrado) The booklet dates from about 1935 and measures about 9 by 14 cm or 3.5 by 5.5 inches. A lot of the pictures are the same as the pictures from the fourth series of historic photographs. In series number 4 you can find a small version of the Edicao Album 4 from the Bazar do Povo. Cover 1.

How To Make Windows 8 Bootable USB Flash Drive The Easy Way This post is part of a series of guides we’re doing today related to the recently released Windows 8 Developer Preview. In this guide, you will learn how to install Windows 8 DP from a USB flash drive. For the uninitiated, a Developer Preview version of Windows 8 was released recently for anyone and everyone to try out. It isn’t the complete version of Windows 8, but provides a nice glimpse at the future of Microsoft’s desktop operating system. Windows 8 Developer Preview is meant for developers to try out, in order to come to grips with how things work in Windows 8, but if you’ve got a spare computer lying around (or have a virtualization-ready processor), you can give it a try without risking much.