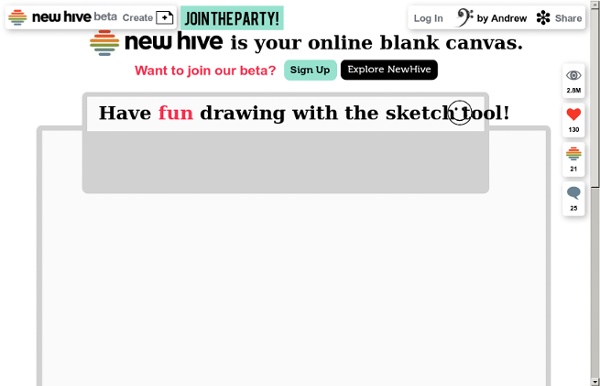 35 Amazing Places In Our Amazing World Travel & Places Ashikaga Flower Park in Tochigi Japan Fukuroda Falls, Ibaraki, Japan Amazing View of Genesee River, USA Emerald Pool at Subway – Zion National Park, Utah The Big Hole, Kimberley in the Northern Cape, South Africa 20 Amazing Eye Makeup Tutorials Eye makeup is very important. Eyes represent the entire character of anybody. Because eyes are the most substantial segment of our face. Eyes are classified as an entrance towards the heart and soul that demonstrate your internal natural beauty. Women of all ages wish for gorgeous eyes.

22 Books for Your Ultimate Summer Reading List Summer is just around the corner — that blissful time of year when you can kick back in the sun and get lost in the books you've been meaning to read for months. Whether you're searching for an easy read for the beach, or a more thought-provoking novel to discuss with your friends, we've rounded up 22 different books to keep you reading all summer long. Do you have a perfect summer read already picked out? Let us know in the comments below. Highly-Anticipated New Releases

Scientists warn that drugs of the future will be designed specifically to control the human mind (NaturalNews) It may sound like something out of a science fiction plot, but Oxford researchers say that modern conventional medicine is gradually developing ways to change the moral states of humans through pharmaceutical drugs, and thus control the way people think and act in various life situations. These new drugs will literally have the ability to disrupt an individual's personal morality, and instead reprogram that person to believe and do whatever the drug designer has created that drug to do. "Science has ignored the question of moral improvement so far, but it is now becoming a big debate," said Dr. Guy Kahane from the Oxford Centre for Neuroethics in the UK. "There is already a growing body of research you can describe in these terms.

100 Awesome Art Lessons on YouTube Whether you’re getting your bachelor’s degree in painting, graphic design or sculpture, there’s so much to learn about art — from its lush history to materials — that it can sometimes feel overwhelming. Yet art students shouldn’t fret. There’s a whole lifetime ahead to learn and numerous resources both in the classroom and outside of it for expanding your knowledge.

Forms in Nature Forms in Nature The Light sculpture Forms in Nature resembles Darwinist Ernst Haeckel’s drawings . Using a simple action, such as intensifying the brightness at the center of the artwork, the light transforms the space and adds character, as the work throws oversized shadows onto walls and ceilings in the space in which it hangs. The light sculpture Forms in Nature is partly inspired by Ernst Haeckel’s (1834- 1919) detailed plots from nature and is a further development of Hilden & Diaz’ fascination with mirrorings, as they have previously applied in other artworks. Forms in Nature is a artwork with a light source surrounded by a dense and unruly tree and root system created in minature sculpture. The forest is mirrored around it’s horizontal central axis and forms a circle 360 degrees around the light source and thereby leads one onto the notion of a real world versus an underworld.

24 Pharmaceutical Ads from 1930s France 24 Pharmaceutical Ads from 1930s France Illustrator Jérôme Dubois recently began scanning and preserving the covers and contents of Ridendo, "a medical and humor magazine distributed to French physicians from 1933 to 1977." (Read more about it in a post of the covers.) Jérôme's collection centers on the 1930s, when this improbable-sounding magazine was full of ads for improbable-sounding drugs. (I don't know exactly what Serenol is, but I think I should be taking it.)

Different Ways Of Tying A Tie Choosing the Right Knot for the Job Not all knots are created equal. Size, symmetry and shape can vary greatly from knot to knot and all should be taken into consideration. Paper Art - 100 Extraordinary Examples of Paper Art Paper art can be traced back to Japan, where it originated over a thousand years ago. From complex paper cutting to book carving, this is an ever expanding area of design that is hardly talked about. These intricate paper designs grace museums and exauhibitions throughout the world and is becoming yet another exciting medium of expression for many designers.

Related:  Art
Related:  n02_sean-heavey.jpg (JPEG Image, 990 × 567 pixels)   -  English language did you knows   -  One Sentence archive   -  13 Interesting Facts about Dreams | Tasty Human   -  Visualizing The Size And Scale Of Our World   -  7 Books We Lost to History That Would Have Changed the World | Cracked.com   -  Thanksgiving as a kid VS Thanksgiving as an adult - The Oatmeal   -  :: procatinator ::   -  Problem loading page   -  The 10 Most Puzzling Ancient Artifacts   -  All Your Memes In Our Base - Funny Memes   -  Chuck+Norris.gif (GIF Image, 350 × 196 pixels)   -  What cannabis actually does to your brain   -  Quiet Lion Creations by Allison Beth Cooling: Chan Luu Single Wrap Macrame Bracelet   -  BioLite CampStove | Order Today   -  14 Stories That Prove Animals Have Souls   -  Einstein's Puzzle   -  Leather + Cut Metal Necklace   -  LookWhatMelissaMade.com   -  tour   -  9 Overlooked Technologies That Could Transform The World   -  Don't Drink it Though - Cheezburger   -  8tracks internet radio | Free music playlists | Best app for music   -  PICTURE JOKES » Just some advice :)   -  There's More to Life Than Being Happy   -  19 Outstanding Words You Should Be Working Into Conversation | Mental Floss   -  60 of the world's happiest facts   -  40 Random Astonishing Facts To Increase Your Trivia | StingFeed   -  Awesome Inventions - Your daily dose of geeky gadgets!   -  nick reboot | feed your inner child   -  50 Unbelievable Facts About Earth   -  6 Baffling Discoveries That Science Can’t Explain | Collective-Evolution   -  Edgar Cayce on Human Origins   -  The 10 Inventions of Nikola Tesla That Changed The World   -  How to Navigate by the Stars | Mental Floss   -  How being called smart can actually make you stupid | Neurobonkers | Big Think   -  10 Incredible Cutting-Edge Technologies In Development - Listverse