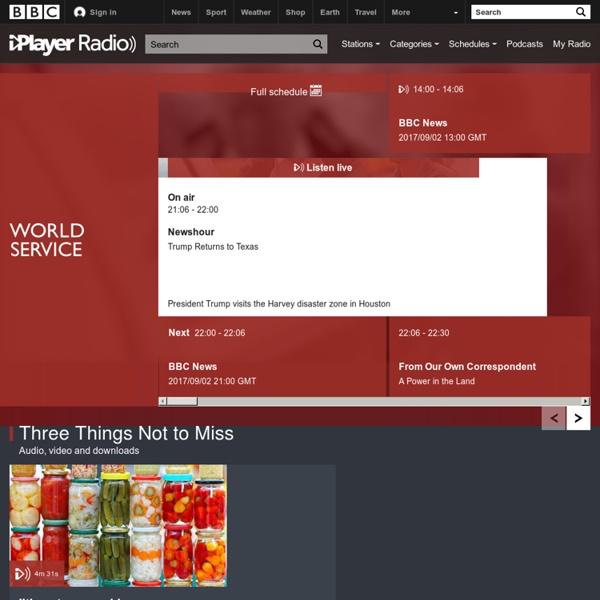 Third Coast International Audio Festival Here's your chance to take part in an international audio mega-project, whether you've been making radio for decades, or have always longed to utter "Testing 1, 2" into a microphone. The ShortDocs Challenge is for everyone! UPDATE: the ShortDocs are in, over 150 *studly* specimens! We're uploading new ones to the site daily, take a listen here. Connect With English Introduction Introduction: An overview of the course and an introduction to the main characters in the drama. Rebecca's Dream Rebecca's Dream: The story begins as we meet Rebecca Casey, a 28-year-old Boston working woman, who dreams of becoming a singer. We also meet her boyfriend Matt who doesn't think much of her dream, and her 17-year-old brother, Kevin, who doesn't think much about the future at all. Rebecca considers applying for music school and pursuing her career full-time, rather than holding down a factory job and doing her music on the side. We also meet real-life immigrants and students who discuss the similarities between Rebecca's experiences and their own. Go to this unit.

Learn Songs (For ESL/EFL Students) Newest "Learn a Song" Podcast Twinkle, Twinkle Little Star - March 23, 2012 Focusing on "linking" pronunciation and the "soft-T." Learn Songs Using the Teleprompter Player Learn Songs Using My Vidoes on YouTube She's 19, She's Saudi, She's Keeping A Diary: Corna Flix, Karate, Lab Science And Love : Goats and Soda Majd kept a journal about a time in her life when she was torn between getting married or going to school. Courtesy of Madj hide caption toggle caption Courtesy of Madj Audio for ESL/EFL: Listen and Read Along (Flash/MP3) YouTube Videos Science and Technology This is 4 minutes long and use the Teleprompter Player.'Caine’s Arcade' Video Brings Fame to Creative Boy Words & Their Stories

Amy Chua – Think Again - a Big Think Podcast #137 – U.S. and Them Subscribe on Google Play, Stitcher, or iTunes Come talk to us on Twitter: @bigthinkagain I don’t know about you, but for me, middle school was horrible. I arrived at an all-male school in a still very homophobic era as a small, nervous, Michael Jackson fanatic. Don’t worry - I’m going somewhere with this. For three years, life was hell.

BBC Radio 4 - Desert Island Discs, Tracey Thorn Tracey Thorn, musician and writer, is interviewed by Lauren Laverne. Tracey Thorn, musician and writer, is best known as one half of the duo Everything but the Girl. Brought up in Brookmans Park, Hertfordshire, she bought her first guitar, a black Les Paul copy, when she was 16 and her first band was called the Stern Bobs. Shortly after, she formed her own all-female band, Marine Girls, before moving to Hull University to study English. On her first night there, she met her future husband, Ben Watt, and they went on to form Everything But the Girl. Between 1982 and 2000, they sold more than nine million records and toured Europe and America.