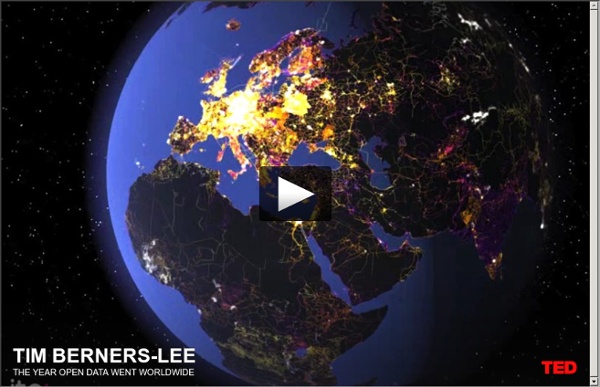 Innovation in government: Brazil - McKinsey Quarterly - Public Sector - Management Historically, Brazilians had no visibility into government spending—which areas got funding, how efficiently public money was being used, or whether fraudulent activity was occurring. Over the past few decades, many high-profile incidents of flagrant corruption have sorely tested the public’s trust, hurt Brazil’s image in the corporate sector, and hampered economic growth. In the World Bank and IFC Enterprise Surveys 2009, 70 percent of global and domestic companies responding said they viewed corruption as a “major constraint to doing business” in Brazil.

TEDxTalks's Channel Musician Scott Mescudi, aka Kid Cudi, returns to his high school to talk about growing up and his career path in the music industry. Born Scott Ramon Seguro Mescudi in Cleveland, Kid Cudi began rapping while attending Shaker Heights High School and later Solon High School. In 2004, Kid Cudi moved to Brooklyn, NY to pursue his rap career. He released his first mixtape, “A Kid Named Cudi,” in 2008. Quality Indicators for Linked Data Datasets At a high level, the main drivers for me are: how easy it is to find the information I'm looking for; and conversely, how hard is it to find wrong information. From this point of view, and concentrating on the semantic web portion of the picture, we want to figure out measures and metrics for how well a particular (RDF/linked data) dataset or set of datasets satisfies these drivers. I can't see how a naive count of the number of links between datasets can offer much of a measure of how easy it is to find what you're looking for, nor how difficult it is to find wrong information. There's probably some deep scale-free characteristic (c.f. the six degrees of separation meme) suggestive of a perfect balance between having no links -- which feels like it should be bad -- to having a complete graph with links everywhere -- which feels like it would be a needle+haystack and equally bad. link This answer is marked "community wiki".

Ontario Becomes Latest Province to Launch Open Data Portal Ontario residents are getting a behind-the-scenes glimpse at the place they call home. This month, Ontario became the latest province to launch an open data portal. Currently, the database contains 63 files on various topics, including roadwork, geology, and tourism in the province. The online portal is easy to use and files can be downloaded directly from the website onto a PC. Semantic Web The Semantic Web is a collaborative movement led by international standards body the World Wide Web Consortium (W3C).[1] The standard promotes common data formats on the World Wide Web. By encouraging the inclusion of semantic content in web pages, the Semantic Web aims at converting the current web, dominated by unstructured and semi-structured documents into a "web of data". The Semantic Web stack builds on the W3C's Resource Description Framework (RDF).[2]

Green.sba.gov - API's for Apps for Entrepreneurs Challenge The Socrata Open Data API (SODA) allows software developers to access data hosted in Socrata data sites programmatically. Developers can create applications that use the SODA APIs to visualize and “mash-up” Socrata datasets in new and exciting ways. Create an iPhone application that visualizes government spending in your area, a web application that allows citizens to look up potential government benefits they'd overlooked, or a service that automatically emails you when new earmarks are added to bills that you wish to track. To start accessing this dataset programmatically, use the API endpoint provided below. For more information and examples on how to use the Socrata Open Data API, reference our Developer Documentation.

Relational Databases and the Semantic Web (in Design Issues) $Id: RDB-RDF.html,v 1.25 2009/08/27 21:38:09 timbl Exp $ Up to Design Issues There are many other data models which RDF's Directed Labelled Graph (DLG) model compares closely with, and maps onto. See a summary in Sharing Spatial Data One of the key enabling technologies introduced in the early days of AM/FM/GIS systems was long transactions, also known as data versioning. Long transactions make it possible to store spatial design data in the same database as as-built data, enabling design engineers to work on new designs at the same time as operations staff are relying on as-built information to operate and maintain active utility networks. The first commercial systems implementing this technology in the early 1990's were IBM's GFIS which ran on DB2, Intergraph FRAMME, and VISION* which managed versioned spatial data in an Oracle RDBMS (this was long before Oracle Spatial and Workspace Manager). As I remember, San Diego Gas & Electric and BC Hydro were GFIS sites. The largest FRAMME site was Ameritech, now part of AT&T.

Advantages and Myths of RDF A 10th Birthday Salute to RDF’s Role in Powering Data Interoperability There has been much welcomed visibility for the semantic Web and linked data of late. Many wonder why it has not happened earlier; and some observe progress has still been too slow. But what is often overlooked is the foundational role of RDF — the Resource Description Framework. From my own perspective focused on the issues of data interoperability and data federation, RDF is the single most important factor in today’s advances. Sure, there have been other models and other formulations, but I think we now see the Goldilocks “just right” combination of expressiveness and simplicity to power the foreseeable future of data interoperability. Web Development for Beginners (Resources) While I usually try to write stuff that’s geared more to experienced developers, I don’t want to neglect those who are just starting out. I’ve been collecting links to beginners resources for web development for some time now, so I thought I’d share that list here. Feel free to add your own in the comments.

Creating and Interpreting Cumulative Flow Diagrams Cumulative Flow Diagrams (CFDs) are valuable tools for tracking and forecasting agile projects. Today we will look at creating CFDs and using them to gain insights into project issues, cycle times, and likely completion dates. In Microsoft Excel a CFD can be created using the “Area Graph” option. The attached file “Example CFD.XLS” contains the data used to create the CFDs in this article, including the one shown below. Figure 1 – Sample Cumulative Flow DiagramDownload cfd_example.xls Cumulative Flow Diagrams with Google Spreadsheets Jan 12 2010: UPDATE - a new version of the spreadsheet with bugfixes is here. Let's face it: Most project stakeholders care more about time to market than preposterous "agile" metrics such as velocity and burndown charts. Teams that only use these tools to report progress completely conceal information about how quickly a team can deliver new features. This is because velocity and burndown charts ignore the time to market aspect and provide zero quantitative information about how to improve it.

Seven Domains of Predictability Looking at the spectrum of different process technologies, we can identify seven distinct categories, and we can organize them according to how predictable the problem is that they address. Here is a detailed slidecast about each category. I have been kicking around this chart of 7 types of process technology for a few months. In Portugal in April I presented an expanded explanation of the categories, which got a number of positive comments. I recorded the explanations and put together with the slide because sometimes it is just easier to hear someone go through it than to read it. This presentation is to help clarify the spectrum of approaches that are available for supporting business process-like activity.

Databases: relational vs object vs graph vs document Is relational database dying? Why a model affirmed and finally consolidated over years is now object of discussion? Which alternatives exist and how they can match your needs in practical situations? Follow me, in this post, to understand how databases evolved and how to choose between new technological alternatives that have already produced valuable results. Note: this post focus operational (OLTP) databases.

Open Data. The power of the many facilitated by the web by wcolmen Feb 19