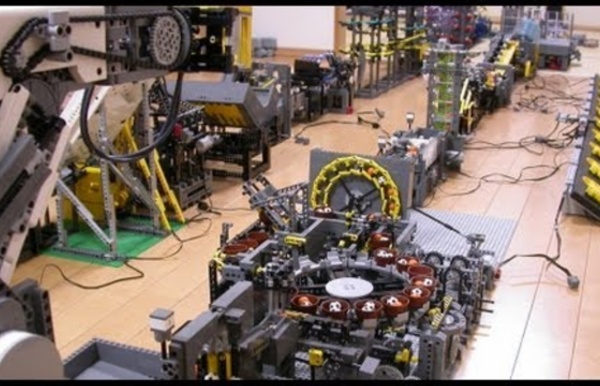 List of unexplained sounds The following is a list of sounds, the sources of which remain unknown: NOAA (unidentified)[edit] The following unidentified sounds were detected by the USA National Oceanic and Atmospheric Administration using its Equatorial Pacific Ocean autonomous hydrophone array. Upsweep[edit] Spectrogram of the Upsweep sound Upsweep is an unidentified sound detected on the American National Oceanic and Atmospheric Administration's equatorial autonomous hydrophone arrays. The sound appears to be seasonal, generally reaching peaks in Spring and Autumn, but it is unclear whether this is due to changes in the source or seasonal changes in the propagation environment. WikiMiniAtlas 54°S 140°W﻿ / ﻿54°S 140°W﻿ / -54; -140Coordinates: 54°S 140°W﻿ / ﻿54°S 140°W﻿ / -54; -140, near the location of inferred volcanic seismicity, but the origin of the sound is unresolved. Whistle[edit] Spectrogram of the Whistle sound NOAA (formerly unidentified)[edit] Bloop[edit] Analysis[edit] Julia[edit] Slow Down[edit] Analysis[edit]

How to Build Creative Confidence in Kids — IDEO Stories How to Build Creative Confidence in Kids By Sally Madsen with Holly Kretschmar Kids are creative, every moment of the day… in the way they draw, the way they experiment with language, the way they interact with objects, the way they imagine new worlds. At IDEO we believe that creative confidence — believing in your ability to create change and having the courage to act on it — is something all of us are born with. But as David and Tom Kelley write in the book Creative Confidence, too often people lose this innate ability as they grow. Designer and parent Holly Kretschmar shared a moment when her son lost his confidence: “When my son was 5, he played in his first piano recital. David Kelley points to a moment in childhood development where kids start to judge themselves and feel judged. How can we prevent kids’ creativity from being blocked? By “we,” I mean the adults — parents, educators, caretakers. Approach A. What happens when we really let go? Some things to try: Approach B.

Blokker I/C ignition A good spark is crucial for an IC engine like the Puppy to run reliably and that is often a headache for mechanical orientated model builders for various reasons. Lack of knowledge and experience is one cause but also dimensions, availability, the price, the complexity of the systems or components can all be obstacles. I myself belong also to this category of model builders and I have been wrestling with this problem for as long as I have made IC model engines. Some alternatives 1. In fact, this is a high tension transformer with a short and thick primary coil and a very long and thin secondary coil. (‘points’) that is driven by a cam. On the picture above two examples of classic motor bike high tension coils (bobbin) with diameters of about 40mm and 140mm length. the sparks are weak or not at all present then and they become very hot. 2. Unfortunately, it did not work well with all my other model engines. 3. My experiments with the Blokker circuit Some general comments 1. 3.

Creative Problem Solving: Resources for CPS Practitioners by OmniSkills Gears- Gear Efficiency Introduction Important Note: The equations used are mainly derived from the technical information provided in the SDP/SI technical library see links below. I recommend that for serious work the linked information is more suitable. The efficiency of a gear system is simple calculated as the [output shaft power /Input shaft power ].100 %. The output power is the (input power - the power losses). The notes below relate primarily to estimating /calculating the the part of the efficiency of gear trains which is associated with the tooth friction. A simple table is provided below showing the efficiencies of various gear types. Symbols Spur Gears / Helical Gears Considering a spur gear a good first approximation for average operating conditions is that the power loss at each mesh can be approximated as P% of the potential power transmitted through the mesh. Clarification of formula terms. Worm Gears Chart of Worm Gear Efficiency μ = 0,04 vs-0,25 vs = sliding velocity (m/s) Epicyclic Gears

Free Teacher Resource Pages What’s Here There are dozens of free classroom management resource pages on this site! A full list of pages can be found in the FREE RESOURCES tab in the navigation menu at the top of the page. What’s New On the 1st and 15th of every month, I post a message on The Cornerstone yGroup message forums to let members know what I’ve added to the site. May 5.31 Teaching Around the World: What’s it like to teach in a Hutterite colony? April 4.26 (TPT Store) 2nd grade operations and algebraic thinking math partner games 4.25 How to use Edcanvas to differentiate instruction 4.22 Product placement on standardizes tests–a new low? March 3.28 What’s it like to teach in Mongolia? February 2.25 4 free tools for teachers to manage digital clutter 2.22 A new digital magazine for classroom organization 2.19 Advice on publishing a children’s book (and a giveaway from a teacher who’s done it!) January 1.28 What your best advice for student teachers? December November October September August July June

Modern History of Wire Rope Modern History of Wire Rope by Donald Sayenga It wasn't until recent history (the 1600-1700s) that most of the technical breakthroughs in the modern history of wire rope were achieved in Europe. Early German and English Ropes The first operative wire ropes of the modern era, employed in vertical shafts as hoisting cables in the Harz Mountain silver mines of Germany from 1834 to 1854, were not very complicated inventions. These handmade ropes, known as Albert Ropes (after William Albert, the Harz mining official who pioneered the practice) were not very flexible because the wires were relatively large and stiff. Meanwhile, at the same time the Germans were achieving wire rope success in the Harz mines, a London inventor named Andrew Smith was experimenting with various ways to apply wire ropes to ship's rigging. In the meantime, another Englishman, Robert Newall, learned about the Albert ropes. Smith soon left England for California and the Gold Rush.

The Factory Floor, Part 1 of 4:The Quotation (or, How to Make a BOM) This month, I will be teaching a few MIT Media Lab graduate students and doing a bit of a “geek tour” of Shenzhen – we will visit several factories and live among the electronic markets to facilitate new directions and expand horizons in the students’ hardware-oriented research projects. As part of the course, they will learn how to scale up their research utilizing the China manufacturing ecosystem. These lessons may also be useful for Makers looking to bootstrap a product in moderate volumes (hundreds to thousands of units). I will share some tips and insights from the course in four posts over the next month covering: Getting a quotation: documentation standards (how to make a BOM) Process optimization: design for manufacturing and test jigs Industrial design for startups: guerrilla engineering on a shoestring budget How to pick a factory: building and maintaining partnerships Part 1 of 4: The Quotation (or, How to Make a BOM) Let’s consider a simple case study. Approved manufacturers

Cleaning Parts Cost Effectively Article From: 3/18/2013 Production Machining, Chris Felix , Senior Editor Click Image to Enlarge After machining, most parts are coated with some residue consisting of either aqueous or oil-based cutting fluids and swarf. This comparison shows parts before cleaning (top) and after cleaning in an iFP Kleen Power vacuum parts washer. The iFP Kleen Power vacuum parts washer offers an optional automation system for moving parts in and out of the chamber. Once the chamber door is sealed, a pump pulls the air out of the chamber to create a vacuum and the chamber is filled with the appropriate solvent. Successful manufacturers understand the importance of improving part-making processes to increase productivity and, therefore, be more competitive and profitable. In the case of parts with simple geometry, manufactured using water-soluble coolant, a basic aqueous solution bath or rinse may be all that is necessary. Yet another consideration is the number and types of parts being produced.

Interchangeable parts Ford assembly line, 1913. The magneto was the first to be assembled. The concept of interchangeability was crucial to the introduction of the assembly line at the beginning of the 20th century, and has become an important element of some modern manufacturing but is missing from other important industries. Methods for industrial production of interchangeable parts in the United States were first developed in the nineteenth century. The term American system of manufacturing was sometimes applied to them at the time, in distinction from earlier methods. First Use[edit] Evidence of the use of interchangeable parts can be traced back over two thousand years to Carthage in the First Punic War. In East Asia during the Warring States period and later the Qin Dynasty, bronze crossbow triggers and locking mechanisms were mass-produced and made to be interchangeable. Before the 18th century, devices such as guns were made one at a time by gunsmiths, and each gun was unique. Implementation[edit]