"By 2060, Africans living below the poverty line will be in the minority (33%). The bank describes the trajectory as 'unstoppable'.

As an indicator of recent trends, The Economist magazine, which in 2000 ran a cover story headlined 'The hopeless continent' recently U-turned with an article headed 'The hopeful continent'. "

Where The Bling Is: Top Luxury Markets In Africa. A cleaner sweeps the floor outside Jimmy Choo at Diamond Walk July 27, 2015. 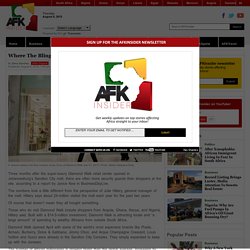 Photo: Waldo Swiegers/Getty Three months after the super-luxury Diamond Walk retail center opened in Johannesburg’s Sandton City mall, there are often more security guards than shoppers at the site, according to a report by Janice Kew in BusinessDayLive. The numbers look a little different from the perspective of Julie Hillary, general manager of the mall. Look for Labor-Intensive Industries to Echo Africa’s Population Boom. Can Africa summon strength in numbers? 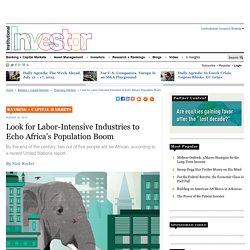 Today its 1.2 billion inhabitants account for 15 percent of the world’s population; by 2100 their ranks will swell to 4.2 billion, or 40 percent, forecasts an August report by the United Nations Children’s Fund. Creating jobs for so many people will be difficult, notes Michael Herrmann, senior adviser on population and economics at the United Nations Population Fund in New York. With almost 64 percent of workers in the least developed African countries earning less than $1.25 a day as of 2009, according to International Labor Organization estimates, Herrmann sees an opportunity for investors to tap the continent’s vast pool of unskilled labor — and to serve consumers’ basic needs. 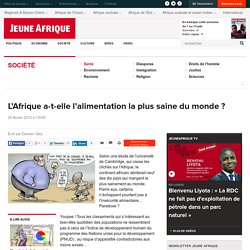 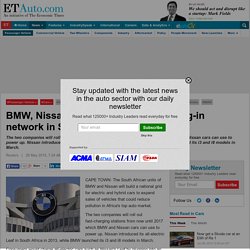 The two companies will roll out fast-charging stations from now until 2017 which BMW and Nissan cars can use to power up. Nissan introduced its all-electric Leaf in South Africa in 2013, while BMW launched its i3 and i8 models in March. Consumers would charge all-electric cars such as Nissan's Leaf by plugging into an outlet, while hybrid versions such as BMW's i8, also has a gasoline engine. The firms said although South Africa is experiencing severe power supply shortages, their plans would not be affected.

State-owned power utility Eskom has been forced to frequently curtail electricity to residents and businesses in a bid to preserve the national power grid. Africa produces cocoa but little value added chocolate. The stars are aligning for apparel from Africa. Africa’s potential as a primary source for the production of textiles and apparel has been a topic of discussion for several years – although turning talk into action has been slow. 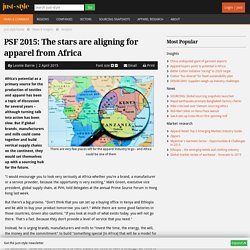 But if global brands, manufacturers and mills could come together and build vertical supply chains on the continent, they would set themselves up with a sourcing hub for the future. "I would encourage you to look very seriously at Africa whether you're a brand, a manufacturer or a service provider, because the opportunity is very exciting," Mark Green, executive vice president, global supply chain, at PVH, told delegates at the annual Prime Source Forum in Hong Kong last week. But there’s a big proviso. "Don't think that you can set up a buying office in Kenya and Ethiopia and be able to buy your product tomorrow: you can't.

Yong, emphasised this point during the Eighteenth Summit of the Heads of State and Government of COMESA in the Ethiopian capital. “Countries prioritising industrial development have consistently achieved sustained economic growth, and industry-based economies are less vulnerable to economic shocks. COMESA’s common industrial policy includes all the necessary ingredients to foster the economic transformation of the region through industrialisation. Yong noted UNIDO’s resolve to assist its Member States, including those in Africa, in their industrial development endeavour.