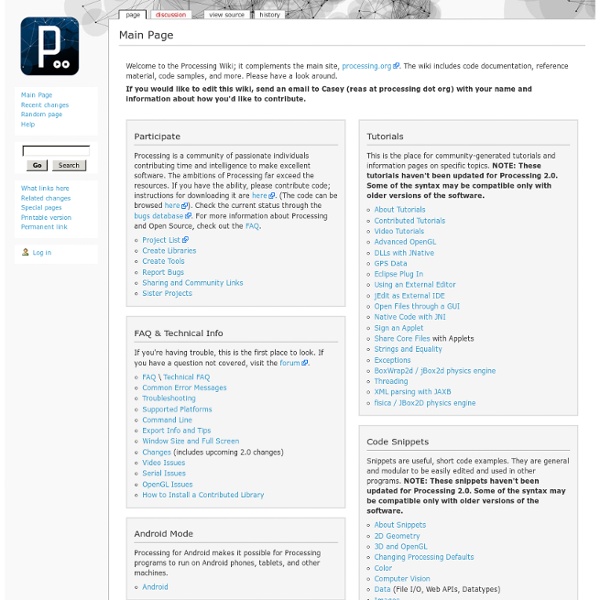 The Email Game How to play The Email GameIt's easy - we promise! (1) Processing L-Systems Explorer Download here (94K) - Note: you will need MFC42.DLL to run this. LSE, or L-Systems Explorer, is a program that allows you to design or view Lindenmeyer Systems (L-Systems). L-Systems are simple string-based commands (much like Turtle graphics) that allow various shapes to be drawn. The interest in Artificial Life is that they can create very life-like tree structures from simple commands. LSE was designed to replace LSD, since the dialog-based nature of the program limited what could be done with it. LSE has the following improvements: Allows for up to 26 different rules Loading and saving of rules Zooming, panning and depth adjustment. Note this is the same L-System, with the depths set at 0-4 from left to right. L-System Commands L-Systems Explorer allows you to assign up to 26 recursive rules. Using LSE LSE is simple to use, try loading in some of the preset systems (*.lse) and then messing about with the parameters. Version 1.1 A few bugs fixed, and gradient support added.

Pessimistress/Isochronic-Map Tools | Windows7hacker - Part 3 SimpleProgramDebugger, as its name implies, is a free simple Windows debugging tool that attaches to any currently running program or starts a new program in debug mode, and then displays all major debugging events that occurred while the program is We showed you a while ago how to create a custom refresh image that keeps all your installed programs. And to use this image to restore your Windows 8 computer, you will need to go to PC Settings, Update and Files you delete from your computer don’t actually go away forever. Still use Windows 7 machine but really like the look and features of Windows 8′s Task Manager? Google Now, launched about one and half years ago in July 2012, is a voice over personal assistant tool that provides you the answers over the voice, much like Apple’s Siri. Smart Defrag 3, developed by IObit, is a free, light-weighted disk defragment utility designed for boosting hard drive performance.

The Nature of Code L-system L-system trees form realistic models of natural patterns Origins[edit] 'Weeds', generated using an L-system in 3D. As a biologist, Lindenmayer worked with yeast and filamentous fungi and studied the growth patterns of various types of algae, such as the blue/green bacteria Anabaena catenula. L-system structure[edit] The recursive nature of the L-system rules leads to self-similarity and thereby, fractal-like forms are easy to describe with an L-system. L-system grammars are very similar to the semi-Thue grammar (see Chomsky hierarchy). G = (V, ω, P), where V (the alphabet) is a set of symbols containing elements that can be replaced (variables)ω (start, axiom or initiator) is a string of symbols from V defining the initial state of the systemP is a set of production rules or productions defining the way variables can be replaced with combinations of constants and other variables. The rules of the L-system grammar are applied iteratively starting from the initial state. Example 1: Algae[edit]

Till Nagel – TileMill for Processing This tutorial describes how to create beautiful custom maps, and use them in a Processing sketch. We are going to use TileMill to style our maps, export it, and load the rendered map tiles into PImages. There are two ways of doing that. Basic A single image as static map. Advanced An interactive tile-based map, where users can zoom and pan. Custom map adapted to style of a visualization. Designing custom maps In the last years, there have been tremendous changes in the digital cartography field. Fortunately, in 2009 the CloudMade editor was launched, in which users can select various properties and style maps based on OpenStreetMap by themselves. Now, say hello to the new kid in town: TileMill – A map design studio TileMill is a map design environment, which – as they put it – “enable[s] artists to design maps”. It is a bit more complicated to setup, though, and only available for Mac OS X, Ubuntu and other Linux/Posix systems. Single image as static map Interactive tile-based map

Using Spotlight from the OS X Commandline One significant productivity-enhancing feature that arrived with Tiger was Spotlight. On its own, it changed the way some (if not most) Mac users use their desktops. A simple command-space pops up the Spotlight window, where you can enter a query string, and in a matter of seconds, get a list of files matching your query. Spotlight has many advantages over traditional file-searching tools. Spotlight benefits can also be enjoyed on the commandline, and this article explains how you can take full advantage of it from inside the OS X Terminal window. The Old Way Most commandline users are familiar with the ubiquitous find command. Find is old-school. Then there's the locate tool. The problem with locate is that the index is not updated dynamically. Enter Spotlight Spotlight consists of a metadata-store and a content index that is dynamically updated by various importer plugins within the system. The metadata that Spotlight maintains can be very application-specific. Example 1. Example 2.