Wines of France - A guide to French wines 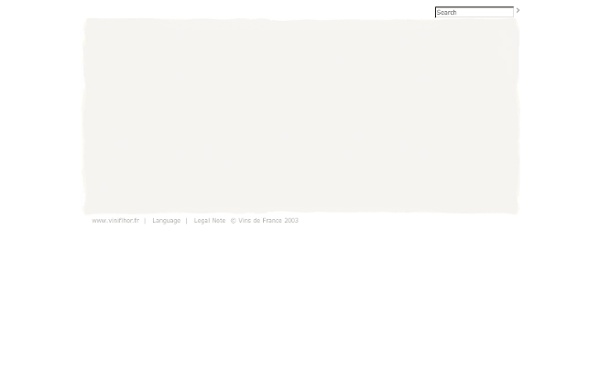 Ubuntu 11.10 Oneiric Ocelot Is Out Now With New Default Programs [Linux] It’s here! With a multitude of user interface improvements and a few new default programs, Ubuntu 11.10 keeps the premiere Linux distro moving forward. Whether you’re a long time Ubuntu user or a Windows/Mac user interested in trying something new, Ubuntu 11.10 is worth downloading now. Ubuntu comes twice a year. The latest version of Ubuntu is numbered 11.10 (as of October 2011) and codenamed Oneiric Ocelot (as in a dreaming South American wildcat). New Software So what’s new? Ubuntu ousted the much-maligned Evolution email and calendar application in favor of Thunderbird. Deja Dup, the perfect Linux backup software, is now part of Ubuntu by default. You’ll find DejaDup in the new settings menu; it’s very easy to setup. Gwibber, Ubuntu’s microblogging tool for Twitter and Facebook, sucks less then before. A couple of great programs disappeared from the default setup – Synaptic, the advanced package manager, is no longer a default program. Interface Improvements Unity 2D Get Ubuntu 11.10

Favorite Recipes from 2011 Can you believe 2011 is almost over? Where did the year go? 2011 was a pretty great year, especially for this little blog of mine. Over the last 12 months, we have picked up lots of new friends along the way. 1. 2. 3. 4. 5. 6.No Bake Nutter Butter Nutella Pie–this pie is amazing. Hope you all had a great year! Trackbacks/Pingbacks Pingback: Favorite Recipes from 2011 « Capppo Leave a Comment CostcoWineBlog.com - Reviews of wines found at Costco Why Linux is better PDFBEAR is founded by the team behind WhyLinuxIsBetter.net, which brings tons of experience in user conversion tools. We have decided to change our focus to helping and improving how our users convert files on all platforms including Linux. About WhyLinuxIsBetter.net The webpage was created in order to help people understand the ins-and-outs of Linux. Similar to PDFBEAR, we have created a malware-free service. Below you will find the pages that will help you have a better experience with PDF documents: * PDF Compress - Reducing the size of a PDF file.* PDF Merge - Combining PDF files together.* PDF Protect - Encrypting your PDF file with a password.* PDF Split - Splitting a multipage PDF document into separate individual pages.* Word to PDF - Getting a Microsoft Word document opened on a Linux platform with a simple and free conversion.* PDF Repair - Repairing your PDF documents on the go.* HTML to PDF - Quick and easy get a webpage or HTML file converted to PDF.

- StumbleUpon Ordering take-out can get expensive and who knows exactly what is in that plastic or Styrofoam container they hand you. After some research* I’ve found that Panda Express’ Mongolian Beef has 1000 mg of sodium per serving. PF Chang’s Mongolian Beef has 1340 mg of sodium per serving. Pei Wei’s Mongolian Beef has 1400 mg of sodium per serving. For those reasons (I mean 1400 mg of sodium, really!? *All nutritional information was found via the respective company website. Recipe Rundown Taste: I love the distinct flavors of garlic and ginger paired with the savory soy sauce, sweet brown sugar, and hot pepper flakes. This recipe can easily be doubled to serve 4. Ingredients: 2/3 lb. flank steak, sliced across the grain 3 Tbsp. corn starch 3 tsp. canola oil, divided 1/2 tsp. grated ginger 2 cloves garlic, minced 1/3 cup low-sodium soy sauce 1/3 cup water 1/4 cup brown sugar 1/4 tsp. Directions: 1.

Aftertaste by Lot18 |Aftertaste by Lot18 True Facts Facts - interesting, provocative, well-seasoned One out of ten children in Europe are conceived on an IKEA bed. Antarctica is the only continent without reptiles or snakes. An eagle can kill a young deer and fly away with it. In the Caribbean there are oysters that can climb trees. Intelligent people have more zinc and copper in their hair. The world's youngest parents were 8 and 9 and lived in China in 1910. When George Lucas was mixing the American Graffiti soundtrack, he numbered the reels of film starting with an R and numbered the dialog starting with a D. The youngest pope was 11 years old. Mark Twain didn't graduate from elementary school. Proportional to their weight, men are stronger than horses. Pilgrims ate popcorn at the first Thanksgiving dinner. They have square watermelons in Japan - they stack better. Iceland consumes more Coca-Cola per capita than any other nation. Heinz Catsup leaving the bottle travels at 25 miles per year. It is possible to lead a cow upstairs but not downstairs.

- StumbleUpon Posted by admin on Aug 19, 2012 in Food Preparation | 211 comments In case you are not skilled with the food recipes and preparation, listed bellow are some of the easy food tips to make your meals delicious easy way. No matter you prepare breakfast, dinner or just a snack, the easy food tips are here to make your food even more attractive and awesome. Idea by Janice Kamide Images Source BuzzFeed What’s the difference between Tannins and Acidity? « Anti Wine Snob What’s the difference between Tannins and Acidity? This one stumped me for a while. When you read about wine-especially red wine–you invariable hear some mention tannins and acid. What’s the difference? 1. “Tannin: 1. “Tannic Acid. Okay, so we have a definition. The answer, come to find out, is yes and no. a. Tannins are a group of phenol compounds found in plants, which create a group of chemicals called “Polyphenols“. There are two main types of tannins: Hydrolyzable Tannins and Condensed Tannins. Tannic acid is a particular type of hydrolyzable (basically means that it is able to be split up and broken down by interacting with water) tannin commonly found in the bark and wood of oaks and other plants. Another type of tannin, which is a non-hydrolyzable tannin, is called Condensed Tannins (also called “Proanthocyanidins”, but I like “Condensed Tannin” better, don’t you?). Hydrolyzable tannins and condensed tannins are the two main categories of tannins delineated. b. c. d. e. 2. a. b.

OLD FASHIONED CHOCOLATE CAKE If you're going to get started, this is the cake you should begin with. Not just because it's simple - though it is - but because it is, for me, essence of chocolate cake: melting, luscious and mood-enhancingly good. A food technologist would explain this in terms of "mouthfeel" but I don't know quite how that makes me feel.

Blend « Anti Wine Snob JackaRoo Big Red 2003, SE Australia, $7.35 for 750 ml(49% Cab, 44% Shiraz, 7% Merlot)(Red Wine) According to my Google search, “Jackaroo” is an Australian term for an apprentice on a cattle station or ranch…. Well, that makes me want to say something cutesy involving Australian slang and barbecue, but I shall refrain from doing so. You’re welcome. In short, “Big Red” is a good description for this JackaRoo wine. The tasting notes cite flavors of blackberry, spicy aromas and a hint of vanilla oak. While I would have said that this wine was okay (not great, but okay), unfortunately, my Big Red had an undercurrent of unpleasant spoiled, nutty flavors that tasted as though it had not been properly sealed. Bottom line? wine’s website: couldn’t find

Salsa roja (roasted red salsa) « One Particular Kitchen I eat a lot of salsa. A LOT. I am rather notorious for this, in fact. My friend’s boyfriend once innocently asked if I had anything he could snack on — maybe some chips and salsa? So when my awesome world-traveling chef cousin came to town for a few days, she offered to teach me how to make roasted red salsa and tamales (more on that later). And people, this salsa. Note that this makes a lot — a big mixing bowl full. 16 full size tomatoes, or nearly a produce bag full of roma tomatoes (we used roma)2-3 yellow onions20-25 Serrano peppers (remove caps) Note: this many peppers makes it hot. Let it all cool a bit, then run through the food processor with salt and cilantro (we had to do this in two batches)Stir it all together and eat with abandon.