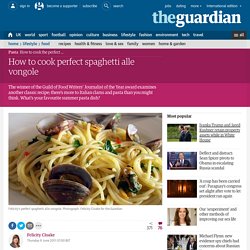 Unlike potatoes or porridge or steaming puddings, it's a dish that's as satisfying in the Mediterranean heat of June as it is in the damp depths of autumn. Thick papardelle tossed with a hearty rabbit ragu can take the chill off the frostiest of November nights, while chilli-spiked spaghetti studded with plump briney clams is the very essence of an Italian summer's evening. And while the former will simmer quietly for hours, spaghetti alle vongole can be on the table in the time it takes your guests to heave themselves out of their deckchairs and into the dining room.

How to make the perfect lemon posset. The wonderfully named posset has been enjoyed for centuries, though you won't find it mentioned in Mrs Beeton's chapter on creams and jellies, or alongside Hannah Glasse's everlasting syllabub. 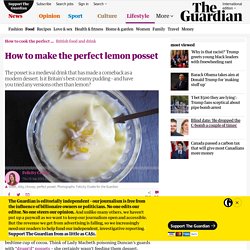 Up until relatively recently, the term referred to a warming drink rather than a cooling pudding – the medieval equivalent of a bedtime cup of cocoa. Think of Lady Macbeth poisoning Duncan's guards with "drugg'd" possets – she certainly wasn't feeding them dessert. In its earliest form, posset was made from milk curdled with alcohol or citrus juice: sack posset, with Spanish fortified sherry-style wine, was particularly popular in the 15th and 16th centuries. By the mid-18th century, however, the mixture tended to be thickened with ground almonds, crushed biscuits or egg yolks instead. Potted Shrimp. How to Make Classic Jugged Hare - Civet of hare Recipe. This post could be subtitled, “Why the French aren’t all bad.” 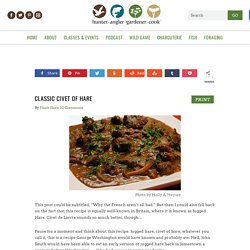 But then I could also fall back on the fact that this recipe is equally well-known in Britain, where it is known as Jugged Hare. Civet de Lievre sounds so much better, though… Mouthwatering lamb tagine and roast squash recipes. I clearly remember the moment I realised heat was nothing to fear. 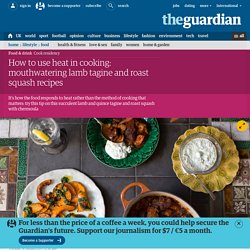 I’d been asked to roast parsnips, winter squash, carrots and turnips for a side dish at Chez Panisse. To make sure that each was cooked perfectly, I had to cook them on separate trays. Oven space in the prep kitchen was limited, so Christopher Lee, the chef, sent me upstairs to the wood-fired oven. Malt - Whisky Reviews. Is it possible to buy decent, award-winning whisky for under £20? 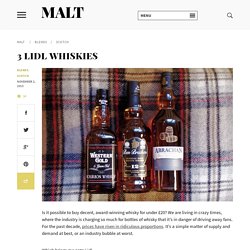 We are living in crazy times, where the industry is charging so much for bottles of whisky that it’s in danger of driving away fans. For the past decade, prices have risen in ridiculous proportions. It’s a simple matter of supply and demand at best, or an industry bubble at worst. Which brings me onto Lidl. Lidl started off as a German discount supermarket chain. Dougalls Cerveza Dougall's, Piensa Global, Bebe Local. Hungry for hygge: Trine Hahnemann’s Scandi comfort food. Autumn is probably my favourite season. 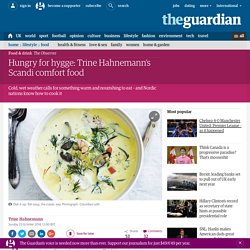 The colours change into dark red, orange, dusty yellow and withered green. The light merges into a warm glow that disappears just a little each day. Days becomes shorter and darker. Produce is plentiful from the late summer harvest and autumn offerings. The change in weather and the light makes us withdraw into our homes, put on layers of clothing and cook food that will warm us. Hygge is about creating lasting moments that will make you feel good, a kind of relaxed comfort. Fish soup, the classic way This recipe recalls a time that no longer exists. 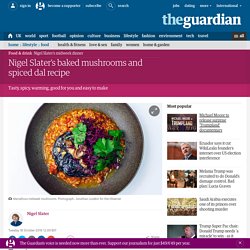 Peel and roughly chop 1 medium onion, then cook it in 30g of melted butter over a moderate heat until translucent. Add 1 tbsp of mustard seeds and cook until they start to pop, then stir in 1 crushed clove of garlic. Peel and grate a 50g lump of ginger, stir into the onions then add a finely chopped red chilli. Continue cooking for 5 minutes, stirring regularly. Stir in the contents of a 400g can of chopped tomatoes and a can of water and bring to the boil. Place 2 large, flat mushrooms in a foil-lined oven dish. Check the dal for seasoning, then divide between 2 large bowls, place a baked mushroom on top and spoon over any baking juices. Akutain bodega y vinos de la Rioja Alta. Single Malt Whisky & More.