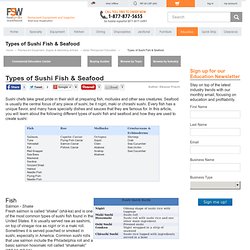 Seafood is usually the central focus of any piece of sushi, be it nigiri, maki or chirashi sushi. Every fish has a unique flavor, and many have specialty dishes and sauces that they are famous for. In this article, you will learn about the following different types of sushi fish and seafood and how they are used to create sushi: Fresh salmon is called “shake” (shä-ka) and is one of the most common types of sushi fish found in the United States. It is usually served raw as sashimi, on top of vinegar rice as nigiri or in a maki roll. The most common type of tuna served in Japanese sushi is maguro – the blue finned tuna. A yellowtail fish that is about to be fileted and prepared for sushi. The type of yellowtail most commonly seen in sushi is the farm-bred Japanese amberback - hamachi.

There are two types of eel that are used in Japan. The sardine is a cheap and abundant fish around Japan.

10 of the best foodie destinations in Ghent. Volta It is well worth the 10-minute walk out of the city centre to discover Volta, a cool restaurant housed in a vast converted turbine hall. 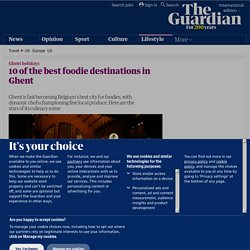 The kitchen is run by genial young chef Olly Ceulenaere, who prepares a fabulous seven-course tasting €59 menu in the evening, with surprising dishes such as crunchy white cabbage topped with smoked eel and parsley root. 2b Nieuwe Wandeling, +32 9 324 0500, voltagent.be, mains €32-€40.Open Tues-Sat noon-2pm, 7pm-9pm Newly opened JEF typifies the changes going on in Flemish cooking. Chef Jason Blanckaert abandoned the Michelin-starred cuisine of the chic but classic C-Jean restaurant to open his own casual, minimalist diner. It's what the chef calls "real food": hearty portions of slow-cooked veal and belly of pork and oven-braised cod with shellfish and pumpkin.

Know your apples: The spectrum of apple flavors. Anonymous said... 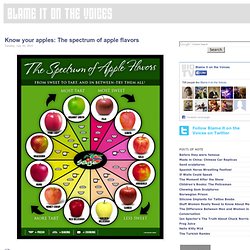 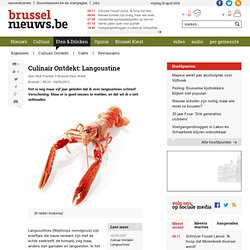 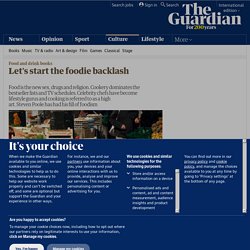 A thirtyish hipster wanders out to where I'm standing with a friend on the pavement and drawls his unimpressed judgment of what is going on inside. "I think the arancinis are not quite spicy enough," he informs us, with an eaten-it-all-before air. "Could have more flavour, not really exotic. " Right now I haven't the faintest idea what "arancinis" are (or that arancini, like panini, is already an Italian plural), but I nod knowingly while typing his thoughts into my phone, and my friend keeps him talking. "I thought the Korean burger was quite good," the hipster goes on, without much kimchi-fired enthusiasm, "but I think a lot of people don't make their food with enough shbang … They kind of cater to the middle of the road.

" Western industrial civilisation is eating itself stupid. The Extraordinary Science of Addictive Junk Food. Mudd then did the unthinkable. 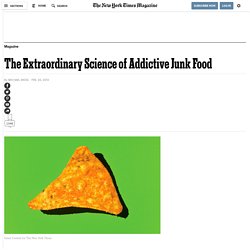 He drew a connection to the last thing in the world the C.E.O.’s wanted linked to their products: cigarettes. First came a quote from a Yale University professor of psychology and public health, Kelly Brownell, who was an especially vocal proponent of the view that the processed-food industry should be seen as a public health menace: “As a culture, we’ve become upset by the tobacco companies advertising to children, but we sit idly by while the food companies do the very same thing.

And we could make a claim that the toll taken on the public health by a poor diet rivals that taken by tobacco.” “If anyone in the food industry ever doubted there was a slippery slope out there,” Mudd said, “I imagine they are beginning to experience a distinct sliding sensation right about now.” Mudd then presented the plan he and others had devised to address the obesity problem. What happened next was not written down. “What can I say?”

I. But consumers hated Red Fusion.