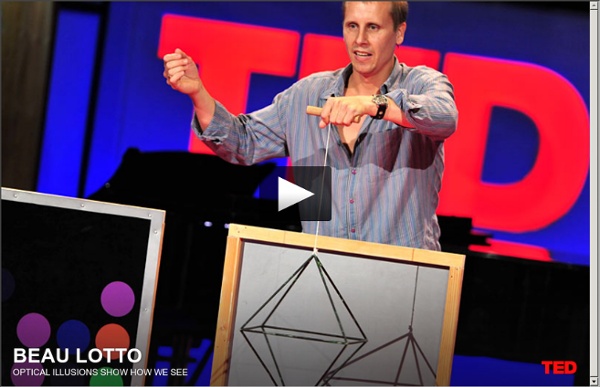 The fine dopamine line between creativity and schizophrenia New research shows a possible explanation for the link between mental health and creativity. By studying receptors in the brain, researchers at the Swedish medical university Karolinska Institutet have managed to show that the dopamine system in healthy, highly creative people is similar in some respects to that seen in people with schizophrenia. High creative skills have been shown to be somewhat more common in people who have mental illness in the family.

The Power of Music: Mind Control by Rhythmic Sound New Orleans, October 16, 2012 – You walk into a bar and music is thumping. All heads are bobbing and feet tapping in synchrony. Somehow the rhythmic sound grabs control of the brains of everyone in the room forcing them to operate simultaneously and perform the same behaviors in synchrony. How is this possible? Is this unconscious mind control by rhythmic sound only driving our bodily motions, or could it be affecting deeper mental processes? The mystery runs deeper than previously thought, according to psychologist Annett Schirmer reporting new findings today at the Society for Neuroscience meeting in New Orleans.

Unraveling the mystery of consciousness Antonio Damasio asks: How do we become conscious of the things around us?In a TED Talk, he describes scientific findings about the nature of consciousnessOur minds make maps of all the things we see, hear and sense, he saysDamasio: We need more than the maps; it takes a sense of self to be fully conscious Editor's note: Antonio Damasio, author of "Self Comes to Mind", published by Pantheon/Vintage, is a professor of neuroscience and director of the Brain and Creativity Institute at the University of Southern California. He spoke at the TED2011 conference in Long Beach, California. TED is a nonprofit dedicated to "Ideas worth spreading," which it makes available through talks posted on its website.

Sex matters: Men recognize cars and women recognize living things best, psychological analysis finds Women are better than men at recognizing living things and men are better than women at recognizing vehicles. That is the unanticipated result of an analysis Vanderbilt psychologists performed on data from a series of visual recognition tasks collected in the process of developing a new standard test for expertise in object recognition. "These results aren't definitive, but they are consistent with the following story," said Gauthier. 2012 Exploration: 2012: Self Transformation of the Energetic Individual When energy (emotions and feelings) directs our participation, and we present as personality the self definitions that define our energy - then we are showing the world exactly how we can be manipulated through using words and pictures that will interplay with our self definitions to trigger the desired energy the manipulator requires us to feel, so that we will do what the manipulator wants us to do. We call this energy our individuality. That is the name the manipulators gave it so we won’t see we are being manipulated. To stop being an energy slave, we must become the directive principle of ourselves, here in every moment, constant, stable, still waters within and stop energy as the 'storm-system' we've allowed to push us around. If we do not stop this energy, we simply remain a perfect slave to those who profit from our energetic self interest - ignoring all abuse while we consume the Earth to fulfill our energetic individuality.

10 Mind-Blowing Theories That Will Change Your Perception of the World Reality is not as obvious and simple as we like to think. Some of the things that we accept as true at face value are notoriously wrong. Scientists and philosophers have made every effort to change our common perceptions of it. The 10 examples below will show you what I mean. 1. Great glaciation. The Brain: The Mystery of Consciousness The young women had survived the car crash, after a fashion. In the five months since parts of her brain had been crushed, she could open her eyes but didn't respond to sights, sounds or jabs. In the jargon of neurology, she was judged to be in a persistent vegetative state.

Placing a New Light on Death As the individual ages, one will from time to time take into consideration if there is an afterlife, or if we are redistributed into something else on the planet, or very simply, nothing more happens. Well there are many thoughts that are processed to take a concept and find a reality of it, no matter the form or distinction. This article is not meant to explain whether there is an afterlife or to promote any form of religious theory, but to explain the nature of our energies and particles that form our physical bodies and where they disperse to.

Humans Are Free uplifting human consciousness on a global scale