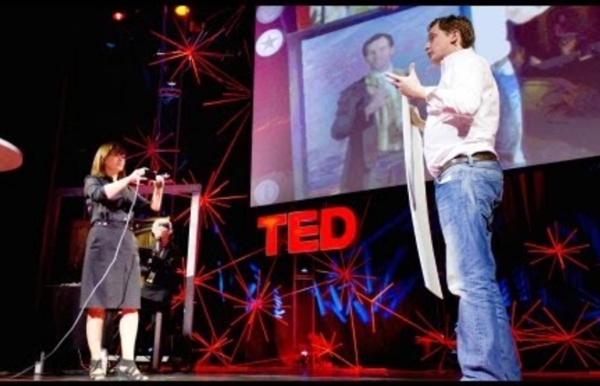 Translation Software For Music Makers : The Record hide captionJace Clayton, a.k.a. DJ Rupture. Xabi Tudela/Courtesy of the artist Jace Clayton, a.k.a. DJ Rupture. When you hear a song on the radio today, there's a good chance that song was made using a computer. Exponential growth The graph illustrates how exponential growth (green) surpasses both linear (red) and cubic (blue) growth. Exponential growth Linear growth Collapsus - Energy Risk Conspiracy Collapsus is an immersive web experience set in a near-future world after peak oil, where conspiracy and treason are rife. Against a dramatic backdrop of global energy politics, Collapsus combines interactivity with animation, fiction and documentary, inviting the user to embark on a quest to collect information, find solutions, and make crucial decisions that will leave their mark on a national and a global scale.www.collapsus.com See also our interview with the creators and producers of Collapsus and our walkthrough of Collapsus with audio commentary by director Tommy Pallotta.

What Will The Ed Tech Revolution Look Like? During the past 40 years, accounting for inflation, we have nearly tripled the amount of money we spend per student in public K-12 education. It was roughly $4,000 in 1971, and last year amounted to $11,000 per student. Over that same period time, our students’ math and verbal test scores have remained unchanged. I am no Warren Buffett, but I can comfortably say to you that that is a lousy return on investment. In an increasingly competitive world, it is clear that our education system--as currently designed--isn’t sustainable. Simply throwing more money at a system that produces the same results is, well, not smart. Wired 8.04: Why the future doesn't need us. Why the future doesn't need us. Our most powerful 21st-century technologies - robotics, genetic engineering, and nanotech - are threatening to make humans an endangered species. By Bill Joy

The Turing Problem 100 years ago this year, the man who first conceived of the computer age was born. His name was Alan Turing. He was also a math genius, a hero of World War II and he is widely considered to be the father of artificial intelligence. But the world wasn't kind to Alan Turing. File:ParadigmShiftsFrr15Events.svg ✓ The source code of this SVG is valid. Summary[edit] Fifteen views of evolution: When plotted on a logarithmic graph, 15 separate lists of key events in history and prehistory are claimed by Ray Kurzweil to show an exponential trend.

Remee - The REM enhancing Lucid Dreaming Mask by Bitbanger Labs Like Bitbanger Labs on Facebook Remee has been selected as a finalist for the William McShane Fund, by Buckyballs & Brookstone! If you think Remee deserves to be available at Brookstone, vote here! Yes, really! For nearly as long as recorded human history, the idea of consciously recognizing and controlling our dreams has been around. Moore's law Moore's law is the observation that, over the history of computing hardware, the number of transistors on integrated circuits doubles approximately every two years. The law is named after Intel co-founder Gordon E. Moore, who described the trend in his 1965 paper.[1][2][3] His prediction has proven to be accurate, in part because the law is now used in the semiconductor industry to guide long-term planning and to set targets for research and development.[4] The capabilities of many digital electronic devices are strongly linked to Moore's law: processing speed, memory capacity, sensors and even the number and size of pixels in digital cameras.[5] All of these are improving at roughly exponential rates as well. This exponential improvement has dramatically enhanced the impact of digital electronics in nearly every segment of the world economy.[6] Moore's law describes a driving force of technological and social change in the late 20th and early 21st centuries.[7][8] History[edit]