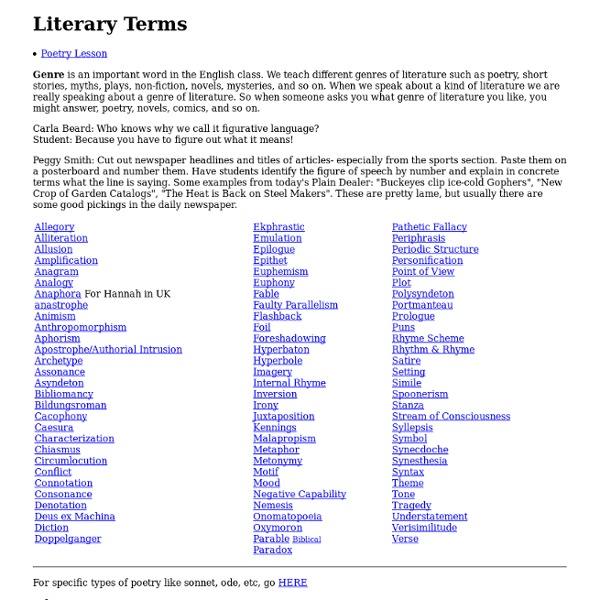 Expressions & Sayings Index If you prefer to go directly to the meaning and origin of a specific expression, click on its relevant entry in the alphabetical list below. Use this alphabet to speed up your search: A B C D E F G H I J K L M N O P Q R S T U V W X Y Z How to Cite Something You Found on a Website in APA Style by Chelsea Lee Perhaps the most common question we get about APA Style is “How do I cite a website?” or “How do I cite something I found on a website?” First, to cite a website in general, but not a specific document on that website, see this FAQ. Word Roots and Prefixes Robert Harris Version Date: December 27, 2013 Previous: February 25, 2012 Original: October 13, 1997 This list contains some of the common roots and prefixes that make up the building blocks of numerous English words. Following the table of general roots and prefixes is a table of number prefixes. How Words Work Even though the English language has more that a million words in it, many of those words are made up of a relatively small set of roots (or base words) and a prefix.

Perception and Language Storytelling is a buzzword with lots of different interpretations. Either the internet is killing stories, or it’s the best thing to happen to them since the printing press. Article Continues Below Stories have been around as long as we have, helping us understand our world and ourselves. Recently published titles 82nd & Fifth The Metropolitan Museum of Art (2013) "Abraham Lincoln: The Man (Standing Lincoln): A Bronze Statuette by Augustus Saint-Gaudens": Metropolitan Museum Journal, v. 48 (2013) Tolles, Thayer (2013) Afghanistan: Forging Civilizations along the Silk Road Aruz, Joan, and Elizabetta Valtz Fino (2012) APA Formatting and Style Guide Summary: APA (American Psychological Association) style is most commonly used to cite sources within the social sciences. This resource, revised according to the 6th edition, second printing of the APA manual, offers examples for the general format of APA research papers, in-text citations, endnotes/footnotes, and the reference page. For more information, please consult the Publication Manual of the American Psychological Association, (6th ed., 2nd printing).

The Phrase Finder - Carpe diem more like this... ...other phrases about: Latin Meaning Speech Patterns NEW YORK — Psychopaths are known to be wily and manipulative, but even so, they unconsciously betray themselves, according to scientists who have looked for patterns in convicted murderers' speech as they described their crimes. The researchers interviewed 52 convicted murderers, 14 of them ranked as psychopaths according to the Psychopathy Checklist-Revised, a 20-item assessment, and asked them to describe their crimes in detail. Using computer programs to analyze what the men said, the researchers found that those with psychopathic scores showed a lack of emotion, spoke in terms of cause-and-effect when describing their crimes, and focused their attention on basic needs, such as food, drink and money. [10 Contested Death Penalty Cases]

To My Old Master In 1864, after 32 long years in the service of his master, Jourdon Anderson and his wife, Amanda, escaped a life of slavery when Union Army soldiers freed them from the plantation on which they had been working so tirelessly. They grasped the opportunity with vigour, quickly moved to Ohio where Jourdon could find paid work with which to support his growing family, and didn’t look back. Then, a year later, shortly after the end of the Civil War, Jourdon received a desperate letter from Patrick Henry Anderson, the man who used to own him, in which he was asked to return to work on the plantation and rescue his ailing business. Jourdon’s reply to the person who enslaved his family, dictated from his home on August 7th, is everything you could wish for, and quite rightly was subsequently reprinted in numerous newspapers.

Writing Guides The following Writing Guides are available. To view guides, click on the list of catgories on the list below. You may view or hide descriptions of the guides. Writing and Speaking Research Writing & Documentation French/English sayings lost in translation Learning a new language is a gradual process, and for me, just when I think I’m doing great, I’ll say something that gets lost in translation. Sometimes it’s weird and other times it’s hilarious, but it always reminds me that I still have a LOT to learn. English sayings are one area where a direct translation rarely works out well, so read on to check out a new infographic from iDBUS that will prove that a word-for-word translation might get you into trouble in French! Ready to get lost in translation?

Accents and Dialects Public Domain / CIA NOTE: This guide uses the International Phonetic Alphabet (IPA). For information about this notation, please visit my page of International Phonetic Alphabet Resources. There are obviously many North American accents. Hey Mama by Kiese Laymon A black mother and her son talk about language and love in the South. Image by Jennifer Packer, Mario II, 2012. Courtesy the artist Hey Mama, I’m feeling alone this morning. I miss Mississippi.