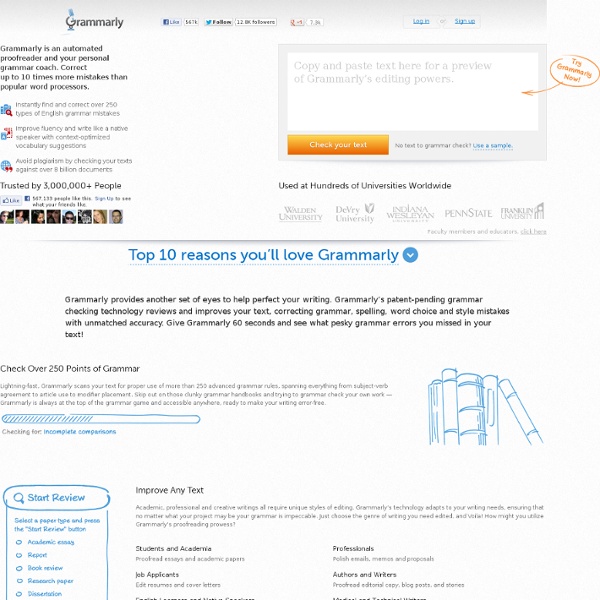 Gotcha! Grammarly texts are already correct You cannot improve on perfection. We have already proofread Grammarly website and fixed all mistakes. Please check another text or use a sample to see Grammarly in action. This text is too short.

Color Words Colour Terms This list contains 168 definitions of obscure colour terms using combinations of 'normal' colours of the rainbow and descriptive adjectives; e.g. cardinal = deep scarlet red; russet = reddish brown. Note that most English speakers outside the U.S. spell colour with the added British 'u' rather than the American version color. Don't worry if the colours (or colors) in your universe don't match up with the definitions I've given for these words, though - I've been known to have skewed perceptions of reality ... Seven Rules To Remember When a Crisis Strikes You have a crisis communications plan in place. You’ve assembled a crisis response team, written a comprehensive crisis plan, and role played the most likely crisis scenarios. You’re ready for the unexpected.

20 Writing Tips from 12 Fiction Authors Writing success boils down to hard work, imagination and passion—and then some more hard work. iUniverse Publishing fires up your creative spirit with 20 writing tips from 12 bestselling fiction authors. Use these tips as an inspirational guide—or better yet, print a copy to put on your desk, home office, refrigerator door, or somewhere else noticeable so you can be constantly reminded not to let your story ideas wither away by putting off your writing. Tip1: "My first rule was given to me by TH White, author of The Sword in the Stone and other Arthurian fantasies and was: Read. Read everything you can lay hands on. How to Punctuate Dialogue December 8, 2010 by Fiction Editor Beth Hill last modified March 21, 2016 The PDF Punctuation in Dialogue ($0.99) and The Magic of Fiction (available in paperback and PDF) both contain expanded and updated versions of this material. Dialogue h as its own rules for punctuation.

Important Infrequently Used Words To Know Paul V. Hartman (The Capitalized syllable gets the emphasis) alacrity a-LACK-ra-tee cheerful willingness and promptnessanathema a-NATH-a-ma a thing or person cursed, banned, or reviledanodyne AN-a-dine not likely to cause offence or disagreement and somewhat dull//anything that sooths or comfortsaphorism AFF-oar-ism a short, witty saying or concise principleapostate ah-POSS-tate (also: apostasy) person who has left the fold or deserted the faith.arrogate ARROW-gate to make an unreasonable claimatavistic at-a-VIS-tic reverting to a primitive typeavuncular a-VUNC-you-lar “like an uncle”; benevolent

50 Most Challenging Words Back in 2010 The New York Times published a list of 50 fancy words that most frequently stump their readership. The New York Times 50 Fancy Words (defined and used) 1. Exquisite Adjectives By Mark Nichol Adjectives — descriptive words that modify nouns — often come under fire for their cluttering quality, but often it’s quality, not quantity, that is the issue. Plenty of tired adjectives are available to spoil a good sentence, but when you find just the right word for the job, enrichment ensues. Practice precision when you select words. Here’s a list of adjectives: Subscribe to Receive our Articles and Exercises via Email

Words Instead of Said Not that anyone is asking me (but that has never stopped me before and it won't stop me now), but I do try to avoid using 'said' too much. It gets a tad tedious, I find. On the other hand, using a substitute simply for the sake of - well, using a substitute - can be ineffective. I thought your list was interesting, Somesh (beware whenever anyone says something is interesting ), but I do think you have included some rather dubious options. Numbers 38 and 110 are misspelt, by the way. Common Words That You Should Replace in Your Writing It’s a familiar scene: you’re slumped over your keyboard or notebook, obsessing over your character. While we tend to agonize over everything from structure to backstory, it’s important to weigh how you write something too. A perfectly constructed world is flat on the page if you use feeble, common words. When you’re finished constructing your perfectly balanced world, do your writing a favor and take another pass to weed out these 18 haggard words. Good High on any list of most used English words is “good.”

Avoid Using the Word Very Three Telling Quotes About 'Very' Substitute ‘damn’ every time you’re inclined to write ‘very;’ your editor will delete it and the writing will be just as it should be. ~Mark Twain'Very' is the most useless word in the English language and can always come out. There's a Word for That: 25 Expressions You Should Have in Your Vocabulary Recently I came across this amazing little Tumblr named ‘OtherWordly‘ – itself a play on words. It consists of a collection of strange and lovely words from different languages through different times. What I like most about this selection of consonants and vowels – little meaning-carrying packages of vibration – is that they all try to point to the unspeakable, the transient or the neglected. That which we forget in the busyness of our daily grind.