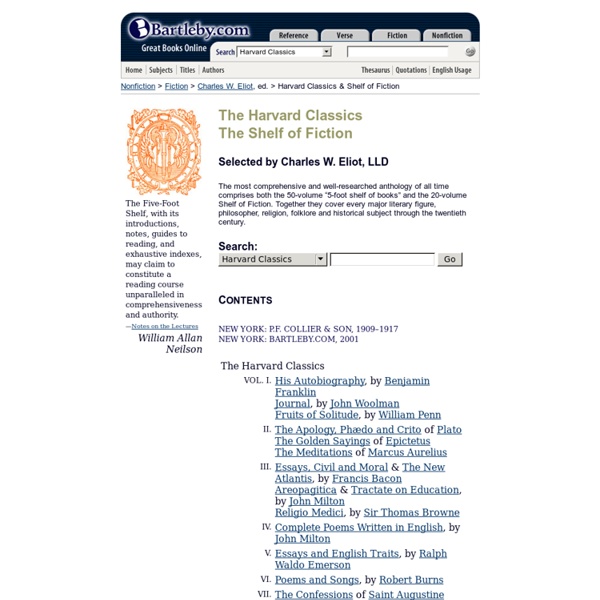 The Sentence Is a Lonely Place DISCUSSED: The Forlornities of Life, Overliteral Pronunciation, Books as Props, Books as Reliquaries, The Scrunch and Flump of Consonants, Barry Hannah, Gordon Lish, Abruptions, Narratives of Steep Verbal Topography,Sam Lipsyte, Consummated Language, Christine Schutt, Interior Vowels I came to language only late and only peculiarly. I grew up in a household where the only books were the telephone book and some coloring books. Magazines, though, were called books, but only one magazine ever came into the house, a now-long-gone photographic general-interest weekly commandingly named Look. Words in this household were not often brought into play. A word that I remember coming out of my parents’ mouths a lot was imagine—as in “I imagine we’re going to have rain.” I thus spent about the first thirteen or fourteen years of my life not having much of anything to do with language. Childhood in my generation, an unpivotal generation, wasn’t necessarily a witnessed phenomenon.

Harvard Classics (Bookshelf) The Harvard Classics, originally known as Dr. Eliot's Five Foot Shelf, is a 51-volume anthology of classic works from world literature, compiled and edited by Harvard University president Charles W. Eliot, that was first published in 1909. Dr. The publisher P. The collection was widely advertised by Collier and Son, in Collier's Magazine and elsewhere, with great success. Collier's was a major publisher of sets in the early 1900s and throughout the century issued many multi-volume sets of authors as diverse as Charles Dickens, Rudyard Kipling, John Steinbeck, P. Currently, a hardcover set of the Harvard Classics (now in the public domain) is published by Easton Press and a paperback version by Kessinger Publishing. The Five-Foot Shelf, with its introductions, notes, guides to reading, and exhaustive indexes, may claim to constitute a reading course unparalleled in comprehensiveness and authority. Contents The Harvard Classics The Harvard Classics Shelf of Fiction References

Jonathan Meades Jonathan Turner Meades (born 21 January 1947) is a British writer on food, architecture, and culture, as well as an author and broadcaster. He is an Honorary Associate of the National Secular Society[1] and a Distinguished Supporter of the British Humanist Association.[2] Education[edit] Meades was born in Salisbury, Wiltshire, and educated at King's College, an independent school in the market town of Taunton in Somerset. He studied at the Royal Academy of Dramatic Art (RADA) in 1968.[3] Food writing[edit] Meades wrote reviews and articles for The Times for many years, and was specifically the restaurant critic of The Times newspaper between 1986 and 2001.[4] He was voted Best Food Journalist in the 1999 Glenfiddich Awards.[5] Having given up food writing in 2001 after being the Times restaurant critic for fifteen years, Meades estimated, in an interview with Restaurant magazine, that he had put on 5 lb a year during his reviewing period, which works out around an ounce per restaurant.

James Joyce - Finnegans Wake (1938) James Joyce (1882-1941) James Joyce on UbuWeb Sound Finnegans Wake (1939) Read by Patrick Healy [Stream or download with downthemall] Description: 'Amazing and important, Healy is something truly rare - this is probably as close to a letter-perfect rendering of the text as we can hope to get. In January 1992 Patrick Healy read the complete text of James Joyce's Finnegans Wake in Bow Lane Recording Studios, Dublin, over a four-day period. 'I was won over to a total admiration for a bravura performance ... this recording may break down many of the barriers that exist between Joyce's magnum opus and the common reader ... an essential adjunct to all expeditions through the text by many future readers.' - Peter Costello, Studies Patrick Healy, Dublin-born writer and scholar, has performed readings of Finnegans Wake in Dublin, London, and Paris. James Joyce in UbuWeb Film UbuWeb Sound | UbuWeb PennSound | CENTRO | EPC | WFMU

Early Church Fathers - Additional Works in English Translation unavailable elsewhere online Early Church Fathers - Additional Texts Edited by Roger Pearse These English translations are all out of copyright, but were not included in the 38 volume collection of Ante-Nicene, Nicene and Post-Nicene Fathers. Please take copies and place online elsewhere. In some cases I have felt it necessary to add an introduction to the online text. These are all placed in the public domain also -- copy freely. What's New? Introduction The Western Text of the Acts of the Apostles, translated from Codex Bezae Polycarp (Ps.) Fragments from Victor of Capua Aristides the Philosopher The Apology Irenaeus The Proof of the Apostolic Preaching Hermias the Philosopher Derision of Gentile Philosophers Anonymous The "Marcionite" prologues to St. English translation The "Anti-Marcionite" prologues to the Gospels English translation Origen On Prayer Philocalia Dionysius of Alexandria Letters Newly discovered letters to Popes Stephen and Xystus Methodius of Olympus On Leprosy Eusebius Pamphili of Caesarea Chronicon Letters Theophania

Life 2.0: The little book of Flow - revised Here is the 'Little book of Flow' in one long post. The premise of this essay is that those exquisite but all too rare moments when we experience 'flow', when we are truly creative, happy and intuitively know exactly what is needed, are simply those instances when we glimpse our original and true nature. It sets out to show how, instead of trying to fathom the conditions for flow, we can realise this 'true nature' and make 'flow' our normal way of being, wherever we are and in whatever we do. You can use the chapter links below to navigate. Chapters links: This is an early draft of something I would like to publish so any criticism/feedback/pointers are welcome and appreciated. [UPDATE] Here is a printer friendly version that you can save to read offline or print out. Related article: Finding Flow by Letting Go Chapter 1 Introduction I have a naive trust in the universe......that at some level it all makes sense, and we can get glimpses of that sense if we try.” ......Mihaly Csikszentmihalyi

"How to Write Good " HOW TO WRITE GOOD by Frank L. Visco My several years in the word game have learnt me several rules: 1. Avoid alliteration. Always. 2. Prepositions are not words to end sentences with. 3. Home - The Schoyen Collection TED Blog After two years on Typepad, the TED Blog has moved! It's now integrated (using Movable Type Enterprise) into the new TED.com , at blog.ted.com . For information on upcoming TED conferences, visit conferences.ted.com . But while you're here, watch this wonderful recent performance, from the 2009 TED Prize: The Teresa Carreño Youth Orchestra contains the best high school musicians from Venezuela's life-changing music program, El Sistema, founded by 2009 TED Prize winner Jose Antonio Abreu . Watch Gustavo Dudamel and the Teresa Carreño Youth Orchestra -- and then watch Jose Antonio Abreu's TED Prize wish to bring this musical program to the world .

I live at the library (and you can, too!) Wall of text crits you, etc. To be fair, I only live in the library during business hours. The rest of the time I'm in my car. I figured, "Hey, I need electricity, and internet, and bathrooms. I'm pretty sure the library has those things!" I then discovered a small room in the corner of the library, where there are five or six divided desks, and lots of power outlets. That was my second day in the library, but my first in the wifi room/makeshift homeless shelter. Waiting for the library to open sucks. I noticed the desk in the back corner was occupied by the same guy who'd been there the day before. Almost every day since has passed in much the same manner. Today, we had a living stereotype crazy street person pay a visit to the library. We also had a potential addition to our crew come in today, but I don't think he's going to make the cut. I found this after the room emptied out the other day. My first suspect was the clean lady, but it wasn't at her desk.

Bibliotheca Palatina – digital: A Virtual Reconstruction of the Former Crown Jewel of Germany's Libraries One of the consequences of the Thirty Years' War was that the most important collection of books in the 17th century Holy Roman Empire, the Bibliotheca Palatina, was divided between two principal locations: Heidelberg and the Vatican. Since 2001, Heidelberg University Library has been working on several projects that aim to digitize parts of this great collection, the final goal being a complete virtual reconstruction of the 'mother of all libraries'. ‘A unique treasure is digitally reconstructed’ – the digitization of the Palatini latini in Rome is successcully completed. (Press release of Heidelberg University, 09.02.18) Here you will eventually be able to access more than 2,000 Latin manuscripts, as they are added one-by-one to the database. The originals are almost all kept in the Vatican.More The origins of the Bibliotheca Palatina date back to the year 1386, and in the 17th century it was the most famous library in the world.More

Humanistic Texts Religion Home Page From the writings of the authors listed above, Humanistic Texts shows how people around the world gradually develop an understanding of what it is to be human. Through these excerpts we have the pleasure of encountering active, probing minds. The excerpts aim to be of sufficient length to convey an author's way of thinking. New chapters are added as they become available.. Dedicated to the memory of Finuala Pay (1972-1995) Acknowledgements We thank the following publishers and copyright holders for permission to use copyright material. American Museum of Natural History, New York, for use of extracts from Peoples of Asiatic Russia by Waldemar Jochelson. Anvil Press for permission to use extracts from Bilhana: Black Marigolds translated by E. Arizona State University for use of extracts from The Humanism of Leonardo Bruni by Gordon Griffiths, James Hankins, David Thompson. J.A. Continuum for permission to use extracts from Reading Sumerian Poetry by Jeremy Black. Jerrold S.