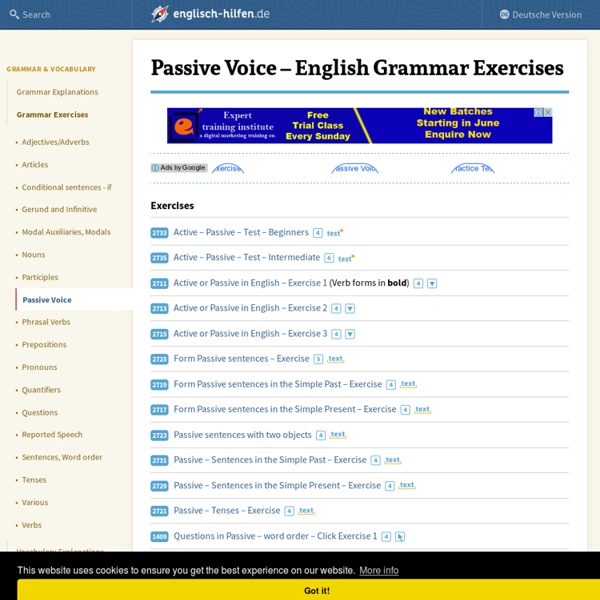 Learn English - Passive Voice Exercises on Passive Use of Passive Passive voice is used when the focus is on the action. It is not important or not known, however, who or what is performing the action. Ejercicios de inglés (gratis), pruebas de inglés - Nivel Básico/Intermedio Active Voice to Passive Voice Quiz Put the following sentences into the passive voice or form. The passive voice expresses what is / was / will be done to something rather than what someone does / did / will do. Once you have decided on your answer, click on the arrow to see if you have answered correctly.

Passive forms We use the passive, rather than the active, to show that we are more interested in a certain part of the sentence. The passive is usually formed by the verb to be + past participle. Can you give me some examples of the active and passive?