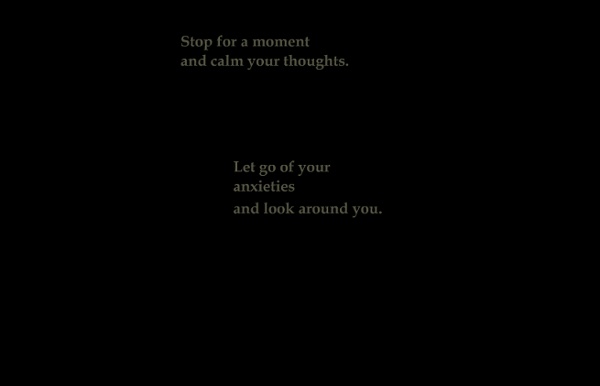 The 9 Epiphanies That Shifted My Perspective Forever By David Over the years I’ve learned dozens of little tricks and insights for making life more fulfilling. They’ve added up to a significant improvement in the ease and quality of my day-to-day life. Glass Etching Have you ever done any glass etching? Well, neither had I before today. But wow. Such an easy, yet sweet little touch that you can add to any glass.

Finding Inspiration As a designer, I think we all have experienced the hard time of finding new ideas and inspirations. That's why I've chosen to talk about this topic in my presentation at the FOWD conference. In this post, I want to do a recap of my slides – Finding Inspiration From Your Environment. Read on to find out how my work habits and environment influence my design. Working at Home = Killing Your Creativity My work habits and environment have a big influence on my work.

50 Things Everyone Should Know by Mark and Angel Self-reliance is a vital key to living a healthy, productive life. To be self-reliant one must master a basic set of skills, more or less making them a jack of all trades. The 48 Laws of Power Background[edit] Greene initially formulated some of the ideas in The 48 Laws of Power while working as a writer in Hollywood and concluding that today's power elite shared similar traits with powerful figures throughout history.[5] In 1995, Greene worked as a writer at Fabrica, an art and media school, and met a book packager named Joost Elffers.[4][8] Greene pitched a book about power to Elffers and six months later, Elffers requested that Greene write a treatment.[4] Although Greene was unhappy in his current job, he was comfortable and saw the time needed to write a proper book proposal as too risky.[10] However, at the time Greene was rereading his favorite biography about Julius Caesar and took inspiration from Caesar's decision to cross the Rubicon River and fight Pompey, thus inciting the Great Roman Civil War.[10] Greene would follow Caesar's example and write the treatment, which later became The 48 Laws of Power.[10] He would note this as the turning point of his life.[10]

mad in crafts: DIY Fire & Ice Lanterns The old becomes new: A new variation on the outdoor lantern. We have had an unusually warm winter in Michigan this year, and while the temps have been nice, I have had to hold off on this project idea until we got a cold snap. We finally got some snow and cold earlier this week, so I was able to try out this fun winter project. I had pinned a product called Globe Ice Lantern Kits a few months back recognizing that I could DIY them at home. Originally priced at nearly $30 for a kit that makes 6 lanterns, I think they are very reasonable for a small batch. If you are making several (say, for a special event or to light a walkway), you can make 3 of these DIY versions for only $2 worth of supplies from the dollar store.

The Inspiration Tree: I Believe... - StumbleUpon that two people can look at the exact same thing and see something totally different. I believe… that your life can be changed in a matter of hours by people who don’t even know you. that even when you think you have no more to give, when a friend cries out to you, you will find the strength to help. that credentials on the wall do not make you a decent human being. that the people you care about most in life are taken from you too soon.

Top 10 Ways to Upgrade Your Cat's Life We spend a lot of time talking about how to improve our own lives, but how about the lives of our pets? Today we're looking at ten great ways to improve the life of your cat—which has its benefits for you, too. P Note to dog lovers: We're concentrating on cats this weekend, but we'll be back again sometime next month with a full set of tips, tricks, and projectds for dogs. So stay tuned, we haven't forgotten about you!P .la douleur exquise. They would all agree, and the happy implication was that they alone, the four of them, were painfully alive in a drugged and dying culture. — RIchard Yates, Revolutionary Road

Lucid dreaming techniques Learning how to lucid dream is only the first part. Additionally, you need to acquire skill in how to control dreams being able to make your wildest dreams come true. It is always useful to have an overview of techniques on how to lucid dream (to prevent yourself falling for lots of non-sense techniques that are around today). Daniel Tammet: The man who can do 82 x 82 x 82 x 82?* - Profiles - People Daniel's world is a rich and strange one, where every number up to 10,000 has colour, texture and emotional resonance. "The number one is a brilliant and bright white, like somebody shining a torch beam into my eyes ... Four is shy and quiet, like me. Eighty-nine is like falling snow ..." More remarkable still, he has described it all inBorn on a Blue Day, his memoir of his life with synaesthesia and savant syndrome, a rare form of Asperger's.

Lucid Dreaming “It’s the only way to fly.” Lucid dreaming is the experience of being completely aware within a dream that you are, in fact, in a dream. This realization leads to complete power for the dreamer, allowing him/her to go anywhere and do anything in their dream.