50 ways to build peace. 20 Essential TED Talks for Peace Studies Students. In most places around the globe, violence has stopped making sense. Are we living through the least violent moment in human history? 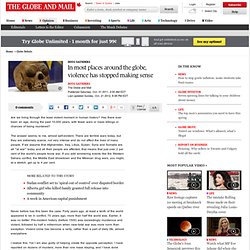 Carrotmob. Carrotmob is a nonprofit organization based in San Francisco, California.[1] It uses buycotts (a form of consumer activism where a community buys a lot of goods from one company in a small time period) to reward a business's commitment to making socially responsible changes to the business. 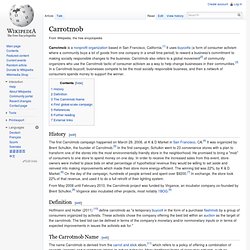 Carrotmob also refers to a global movement[2] of community organizers who use the Carrotmob tactic of consumer activism as a way to help change businesses in their communities.[3] In a Carrotmob buycott, businesses compete to be the most socially responsible business, and then a network of consumers spends money to support the winner. Buycott. An anti-boycott or buycott is the excess buying of a particular brand or product in an attempt to counter a boycott of the same brand or product. 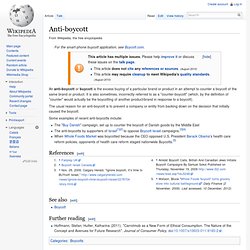 It is also sometimes, incorrectly referred to as a "counter-boycott" (which, by the definition of "counter" would actually be the boycotting of another product/brand in response to a boycott). The usual reason for an anti-boycott is to prevent a company or entity from backing down on the decision that initially caused the boycott. Some examples of recent anti-boycotts include: The "Buy Danish" campaign, set up to counter the boycott of Danish goods by the Middle EastThe anti-boycotts by supporters of Israel[1][2] to oppose Boycott Israel campaigns.[3][4]When Whole Foods Market was boycotted because the CEO opposed U.S. President Barack Obama's health care reform policies, opponents of health care reform staged nationwide Buycotts.[5] References[edit] See also[edit] Boycott Further reading[edit] 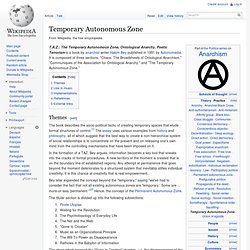 It is composed of three sections, "Chaos: The Broadsheets of Ontological Anarchism," "Communiques of the Association for Ontological Anarchy," and "The Temporary Autonomous Zone. " Themes[edit] The book describes the socio-political tactic of creating temporary spaces that elude formal structures of control.[1] The essay uses various examples from history and philosophy, all of which suggest that the best way to create a non-hierarchical system of social relationships is to concentrate on the present and on releasing one's own mind from the controlling mechanisms that have been imposed on it. 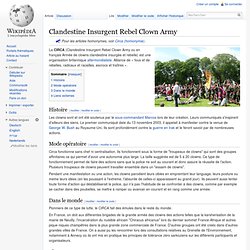 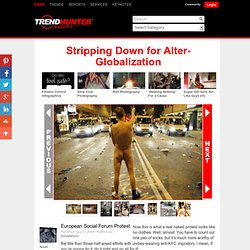 Well, almost. You have to count out one pair of socks, but it’s much more worthy of the title than those half-arsed efforts with undies-wearing anti-KFC impostors. I mean, if you’re gonna do it, do it right and go all for it! So what’s all the fuss about? Well, it’s the European Social Forum being held in Malmo, Sweden. So what about our guy? Yeah, I am sure the police were absolutely terrified… Naked Protesters & Nude Activists. La liberté de la fesse. Naked Protesting - Hot 'Chicks' Battle KFC in Australia.

PETA has been leading the “naked” protesting” trend in a series of nonviolent (and eye-pleasing) protests involving hot women and men getting naked to draw public attention to pressing issues of animal cruelty—bull fighting, live export, and factory farming. 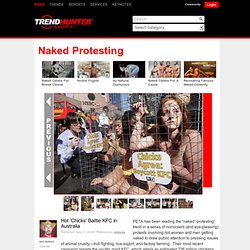 Their most recent campaign targets the poultry giant KFC, which retails an estimated 736 million chickens annually (NYT). PETA has been successful in the past, raising awareness about the unethical treatment of cattle by McDonalds and Burger King chains. The KFC boycott targets the enormous factory farming operation required to produce and process 1,400 ‘CPM’ (chickens per minute). Linking Peacebuilders: Key Network Organizations in the Field. Dear Colleagues As the conflict resolution and peacebuilding field has grown an increasing number of organizations and associations have been formed to help share information, exchange best practice, work on conflict advocacy, etc. 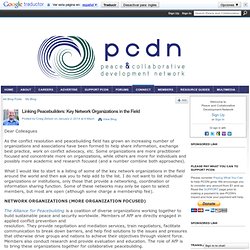 Some organizations are more practitioner focused and concentrate more on organizations, while others are more for individuals and possibly more academic and research focused (and a number combine both approaches). Guide to Peace, Development, Human Rights and Related Networking Sites. If you haven’t noticed, here at the Peace and Collaborative Development Network, we are committed to providing a platform where interested people can connect with each other, share information, and find useful tools for their goals. 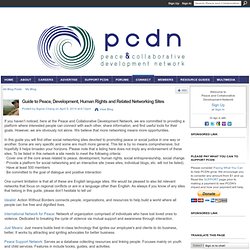 However, we are obviously not alone. We believe that more networking means more opportunities. In this guide you will find other social networking sites devoted to promoting peace or social justice in one way or another. Some are very specific and some are much more general. ACR 2012 Annual Conference. Official Home of the Free Hugs Campaign - Inspired by Juan Mann - Home. 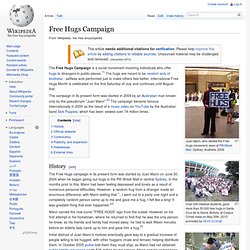