Out of Sight, Out of Mind: A visualization of drone strikes in Pakistan since 2004 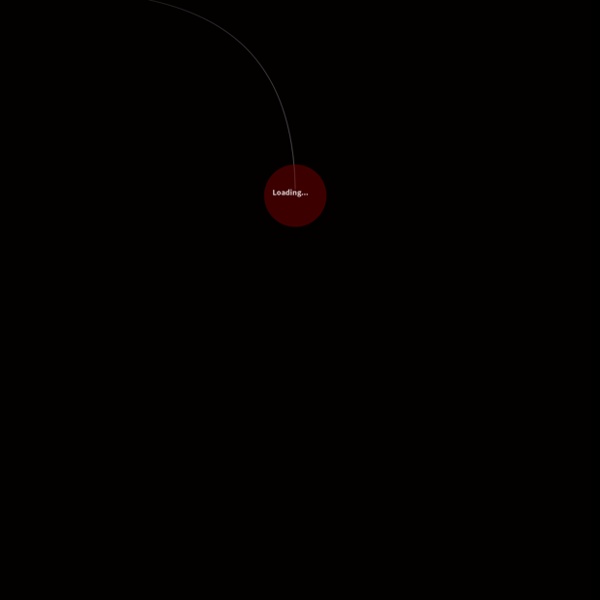 The primary data used in this visualization comes from a dataset maintained by the Bureau of Investigative Journalism (BIJ) . The BIJ is a not-for-profit organization with the aim of educating the public and the media on both the realities of today's world and the value of honest reporting. While there were other data sources that had listings of drone stikes, the BIJ seemed to have the most unbiased collection of information. Because the US Government does not disclose strike information, the data must be manually collected on the ground by reporters. The challenge is that stories and estimates vary between sources. In cases where there are inconsistencies, a minimum and a maximum number of possible fatalities are recorded.

Related:  News Worthy of Thought • US of A and those Wascally Terrorists

Tempo TV Network Spans Caribbean From Newark Richard Perry/The New York Times Frederick A. Morton, founder and chairman of of Tempo Networks, carries its blend of Caribbean music, travel information, religion and social commentary to 26 islands. A lot of questions come to mind at the four-story brick building on Park Place with all those pictures of on the walls. What is a television network about all things Caribbean that is seen in 26 islands doing in Newark? What made a former corporate lawyer and clerk for a federal judge think he could create a reggae-inflected channel often described as the of the Caribbean?

White House withholds thousands of documents from Senate CIA probe, despite vows of help WASHINGTON — The White House has been withholding for five years more than 9,000 top-secret documents sought by the Senate Select Committee on Intelligence for its investigation into the now-defunct CIA detention and interrogation program, even though President Barack Obama hasn’t exercised a claim of executive privilege. In contrast to public assertions that it supports the committee’s work, the White House has ignored or rejected offers in multiple meetings and in letters to find ways for the committee to review the records, a McClatchy investigation has found. The significance of the materials couldn’t be learned. But the administration’s refusal to turn them over or to agree to any compromise raises questions about what they would reveal about the CIA’s use of waterboarding and other harsh interrogation techniques on suspected terrorists in secret overseas prisons. The committee and the CIA declined to comment. The chairwoman, Sen.

Google Marks D-Day's 70th Anniversary with Online Exhibit Google has released a new collection as part of its Cultural Institute to mark the 70th anniversary of the D-Day landings. The exhibit features a staggering 470 documents and images, including a copy of the prayer Franklin D. Roosevelt gave on D-Day, a top secret progress report from General Eisenhower to General Marshall, and captivating photos of the brave soldiers who fought in the seaborne invasion. A Game of Shark and Minnow - Who Will Win Control of the South China Sea? A Game of Shark and Minnow In a remote corner of the South China Sea, 105 nautical miles from the Philippines, lies a submerged reef the Filipinos call Ayungin. Satellite imagery: NASA In most ways it resembles the hundreds of other reefs, islands, rock clusters and cays that collectively are called the Spratly Islands.

Back to the roots - My night in a Zulu village Finally I’m off the plane! After almost a day of traveling, hours of waiting, too many movies and a lack of sleep, I am back on solid ground. Our guide Elmar picks us up and the trip goes on by car. Everything is green, it’s warm.

CIA Torture and the Threat of Dictatorship Only one conclusion can be drawn from the report published in the Washington Post Tuesday giving grisly details of CIA torture of prisoners and systematic lying by government officials to cover it up: the US ruling elite as a whole is guilty of war crimes for which it must be held accountable. The Post report, based on leaks from unnamed “US officials,” describes the findings of the Senate Intelligence Committee’s investigation into the operation of CIA “black sites”—the secret prisons in Afghanistan, Poland, Romania, Thailand and other countries where prisoners were held for “interrogation,” i.e., waterboarding, sleep deprivation, beatings, stress positions, induced hypothermia and other forms of torture. The article provides only a brief extract of the material compiled in the massive committee report, which the CIA has been fighting for more than a year to suppress.

40 maps that explain the internet The internet increasingly pervades our lives, delivering information to us no matter where we are. It takes a complex system of cables, servers, towers, and other infrastructure, developed over decades, to allow us to stay in touch with our friends and family so effortlessly. Here are 40 maps that will help you better understand the internet — where it came from, how it works, and how it's used by people around the world. Cover Story: Bat for Lashes Across 2006’s Fur and Gold and 2009’s Two Suns, much of Khan’s mystic brand of pop involved a tension between open-hearted sympathy and something more rogue, her guileless voice keeping the flights of fancy just earthward enough. She wants the new album to sound like “an inventor living in a lighthouse” somewhere on the English coast. Twist your ear the right way and you can sort of hear it: that salt-washed, weathered, mechanical, isolated, magical, guiding feel, looking to a man whose purpose is to generate beams of light as well as light-bulb moments. Khan wrote a song about a lighthouse keeper of sorts for The Haunted Man, though it didn’t make the final record.

China and Mongolia clash over how to exploit the Gobi desert The Gobi Desert in East Asia conjures images of a remote landscape, with nomads riding across the steppe. In fact, today it is home to herders and farmers, the world’s fastest-growing economy, vast copper and gold mines and is China’s main domestic energy source. The imagined expanses and agro-pastoral livelihoods exist alongside mountains of coal, modern cities, desert agriculture and environmental challenges to its viability and future well-being. James Mitchell: 'I'm just a guy who got asked to do something for his country' Dr James Elmer Mitchell has been called a war criminal and a torturer. He has been the subject of an ethics complaint, and his methods have been criticized in reports by two congressional committees and by the CIA's internal watchdog. But the retired air force psychologist insists he is not the monster many have portrayed him to be.

Valley of Fire Wildland fire chief Darrell Willis tore along the highway and turned on his truck's headlights to cut the smoke. Ash and embers rained down around him. Over the past two days, a small mountain fire had come to life, a monstrous life. Read: Interview with David Dufresne, Creator of Upcoming Interactive Documentary Game “Fort McMoney” – Center for Documentary Studies at Duke University Still from the trailer for “Fort McMoney” A much-anticipated interactive documentary game about the Canadian oil industry will launch on November 25. Coproduced by the National Film Board of Canada and Toxa, a Montreal-based media company, Fort McMoney will give players the power to decide the (virtual) future of Fort McMurray, a real oil-boom town in Alberta, Canada at the heart of the world’s energy future. Researched over the course of two years and shot over two months, Fort McMoney is the hybrid documentary/video game creation of David Dufresne, a French journalist based in Montreal, whose first interactive documentary, Prison Valley, garnered a host of international awards. To learn more about this groundbreaking work, CDS digital arts and publishing intern Tory Jeffay interviewed Dufresne over email about interactivity in documentary, the mechanics of game play, and the project’s evolution. Read the interview below, and view the trailer and sign up to play Fort McMoney here.

Big bucks to ensure perpetual war: The new American oligarchs There is literally nothing about the war on terror that isn’t or hasn’t been an inside scam. From Iraq’s missing billions to no-bid government contracts that funneled nearly $40bn of taxpayer money into Dick Cheney’s Haliburton alone, America’s endless war has enriched a select few at the expense of the US Treasury - like had the investment banker titans of the 20th century, and the robber barons the century before that. Paul Krugman, a Nobel prized economist, once quipped that, “America is a country that has gone from a country that made stuff to a country that makes stuff up.” While Krugman was specifically referring to economic inequalities, the transfer of wealth from the middle class to the top, caused by Wall Street “financial engineering”, his quip could equally apply to America’s burgeoning homeland security-industrial-complex. The US federal budget now allocates more than $60bn to homeland security. This is a whopping 300 percent increase on 2001 spending.

Justice, revenge, and the law after Osama bin Laden By David Jenkins On 2 May 2011, as news spread that a US Navy SEAL team had killed Osama bin Laden, Americans across the country erupted in spontaneous celebrations. Cameras showed the world images of jubilant crowds in Washington, DC and at New York City’s Ground Zero, reveling in the long-awaited payback against America’s nemesis.