A People's History of American Empire by Howard Zinn 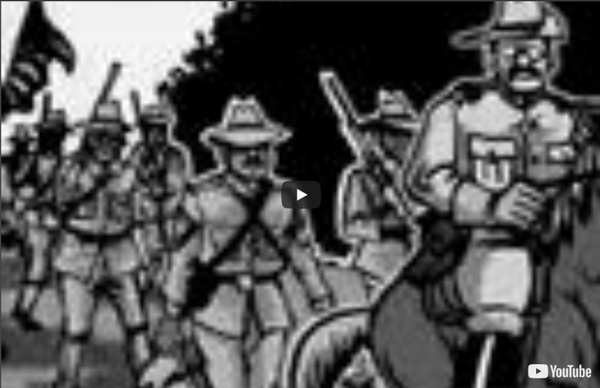 TheDukeofReddit comments on Black History Month Has Been an Epic Failure The Real Iran Hostage Crisis: A CIA Covert Op Global Research Editor’s Note The script of Best Film Academy Award Movie “Argo” which depicts the Iran Hostage Crisis is largely based on fiction. The purpose of the film is to rewrite history, to falsify what actually happened as well as provide a human face to US foreign policy. Amply documented, the Iran Hostage Crisis was a complex CIA covert operation intent upon stalling the Iranian Revolution as well as spearheading the political demise of President Jimmy Carter. The following article first published in 1995 is based on extensive documentation collected by Fara Mansoor, a prominent Iranian intellectual. Michel Chossudovsky, February 26, 2013 By Harry V. Free America, 1995 Fara Mansoor is a fugitive. Mansoor’s meticulous documents, shared exclusively with this magazine, shows a much more sinister plot, the plot to take the hostages in the first place. Why Rafsanjani has been trying to ‘move toward the West,’ and why Reagan called him a ‘moderate’. The Nationalist forces were varied.

Those Who Control the Past Control the Future There’s a popular historical legend that goes like this: Once upon a time (for this is how stories of this kind should begin), back in the 19th century, the United States economy was almost completely unregulated and laissez-faire. But then there arose a movement to subject business to regulatory restraint in the interests of workers and consumers, a movement that culminated in the presidencies of Wilson and the two Roosevelts. This story comes in both left-wing and right-wing versions, depending on whether the government is seen as heroically rescuing the poor and weak from the rapacious clutches of unrestrained corporate power, or as unfairly imposing burdensome socialistic fetters on peaceful and productive enterprise. But both versions agree on the central narrative: a century of laissez-faire, followed by a flurry of anti-business legislation. Every part of this story is false. One especially useful service that the state can render the corporate elite is cartel enforcement.

Diamonds Are Bullshit "Yeah, they say three years’ salary." Michael Scott, The Office American males enter adulthood through a peculiar rite of passage - they spend most of their savings on a shiny piece of rock. They could invest the money in assets that will compound over time and someday provide a nest egg. Instead, they trade that money for a diamond ring, which isn’t much of an asset at all. Americans exchange diamond rings as part of the engagement process, because in 1938 De Beers decided that they would like us to. Countless American dudes will attest that the societal obligation to furnish a diamond engagement ring is both stressful and expensive. So here is a modest proposal: Let’s agree that diamonds are bullshit and reject their role in the marriage process. The Concept of Intrinsic Value A diamond is a depreciating asset masquerading as an investment. Gold and silver are commodities that can be purchased on financial markets. Diamonds, however, are not an investment. Don Draper, Madmen Conclusion

Half of the Facts You Know Are Probably Wrong Dinosaurs were cold-blooded. Vast increases in the money supply produce inflation. Increased K-12 spending and lower pupil/teacher ratios boosts public school student outcomes. Most of the DNA in the human genome is junk. Saccharin causes cancer and a high fiber diet prevents it. In the past half century, all of the foregoing facts have turned out to be wrong (except perhaps the one about inflation rates). Arbesman, a senior scholar at the Kaufmann Foundation and an expert in scientometrics, looks at how facts are made and remade in the modern world. The field of scientometrics – the science of measuring and analyzing science – took off in 1947 when mathematician Derek J. de Solla Price was asked to store a complete set of the Philosophical Transactions of the Royal Society temporarily in his house. In other words, half of what physicians thought they knew about liver diseases was wrong or obsolete 45 years later.

5,000 Years of History Shows that Mass Spying Is Always Aimed at Crushing Dissent Tyrants Have Always Spied On Their Own People Spying has been around since the dawn of civilization. Keith Laidler – a PhD anthropologist, Fellow of the Royal Geographical Society and a past member of the Scientific Exploration Society – explains: Spying and surveillance are at least as old as civilization itself. University of Tennessee history professor Vejas Gabriel Liulevicius agrees: Espionage and intelligence have been around since human beings first began organizing themselves into distinct societies, cities, states, nations, and civilizations. Unfortunately, spying hasn’t been limited to defense against external enemies. Laidler notes: The rise of city states and empires … meant that each needed to know not only the disposition and morale of their enemy, but also the loyalty and general sentiment of their own population. Benevolent rulers don’t need to spy on their own people like tyrants do. From Ancient Egypt to Modern America … The BBC notes: The U.S. And see this.