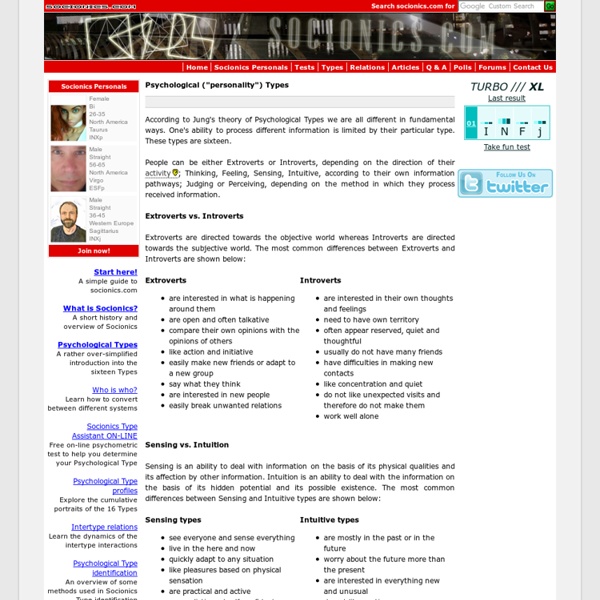 Why You’re Not Who You Think You Are In his fascinating book Situations Matter: Understanding How Context Transforms Your World, psychology professor and researcher Sam Sommers, Ph.D, reveals the big impact context has on public behavior — how we think about others and even how we think about ourselves. According to Sommers, “Even the most private of perceptions — our very sense of self — is shaped by where we are and who we’re with, though we may resist this notion.” Our Iffy Introspection Complete this statement five times: “I am _____________.” This is a short version of the “Twenty Statements Test.” A Stick-On Window Device That Blocks And Filters Outside Noise Austrian industrial designer Rudolf Stefanich has created a concept device that is capable of filtering outside noise from entering your room. Called ‘Sono’, it transforms any window into an “active noise canceling system”, allowing users to eliminate and filter the sounds that pass through their windows. By turning a knob, the device filters out disruptive noises like car horns and construction works, but allows pleasant sounds like birds chirping or the sound of the wind through. “In our loud and busy world, a moment of silence has become a scarce and almost luxurious experience,” said Stefanich. “Sono lets you reclaim that silence for your home.” Click the video below to see how Sono works:

10 Ways to Make Your Relationship Magically Romantic Creating magical moments in your relationship is something everyone thinks about, but few people do. Perhaps it's because they actually can't think of exactly what to do. Here are ten "acts of love" that you can do with and for your partner to bring a little more romance into your relationship. 1. Make your morning time special by bringing your partner a cup of coffee while he or she is still in bed. Sensitive Children Who Develop Significant Anxiety In recent months I happened to work with a number of elementary-age children who had developed anxiety symptoms such as resistance to separation, excessive worrying, nightmares, restricted activity, and “meltdowns.” They were all very bright, creative children who engaged in a lot of fantasy play and were described by their parents as very sensitive. While excessive anxiety is not limited to this cohort of personality factors, I do believe that they represent a majority of the children who, in fact, get immobilized by their fears. The good news is that those same characteristics can be used to help them change from feeling powerless and overwhelmed into children who feel capable of solving their problems. In other words, these children learn to be more resilient.

inFact: Conspiracy Theories Why do so many people believe in completely improbable conspiracy theories? Everywhere you turn these days, someone is promoting some wacky-sounding conspiracy theory. Everything from the old classics like the government shot John F. Kennedy and the government was in on 9/11, to the most far-out stories like Denver Airport is the secret headquarters of the Illuminati, and world leaders are actually reptilian aliens wearing electronic disguises. The Real You – Alan Watts “When you’re ready to wake up, you’re going to wake up, and if you’re not ready you’re going to stay pretending that you’re just a ‘poor little me.’ And since you’re all here and engaged in this sort of inquiry and listening to this sort of lecture, I assume you’re all in the process of waking up. Or else you’re teasing yourselves with some kind of flirtation with waking up which you’re not serious about. But I assume that maybe you are not serious, but sincere – that you are ready to wake up. So then, when you’re in the way of waking up, and finding out who you really are, what you do is what the whole universe is doing at the place you call here and now. You are something that the whole universe is doing in the same way that a wave is something that the whole ocean is doing… The real you is not a puppet which life pushes around; the real, deep down you is the whole universe.” – Alan Watts

Relationship Rules Human beings crave intimacy, need to love and be loved. Yet people have much trouble doing so. It's clear from the many letters I get that lots of folks have no idea what a healthy relationship even looks like. Because I care about these things, and care about the environments children grow in, I'm using this space as an attempt to remedy the problem—again. 6 Tips To Make Small Talk With Anyone Whether you’re trying to be social at a party, make a friend or get a date, the art of making small talk can be a little difficult if you are not endowed with the gift of gab. Let’s face it—sometimes you just feel instant chemistry between yourself and a stranger, but you don’t have the balls to say something to them. What we’ve got here are 6 tips to make small talk with anyone.