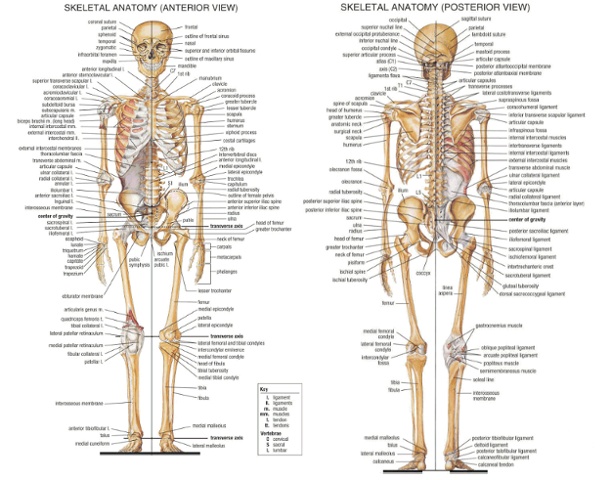 Scientists Think They Have Found The Maximum Human Lifespan If you're after eternal life, you better start searching for the philosopher's stone because science says we've hit our natural limit. New research led by Dutch statisticians backs up previous research that puts the maximum human lifespan at 115 years. Professor John Einmahl of the Department of Econometrics at Tilburg University and colleagues collected data from 75,000 Dutch people who died sometime over the past 30 years. Now they think they've found the ceiling for human lifespan – 115.7 years for women and (sorry, guys) 114.1 years for men. "On average, people live longer, but the very oldest among us have not gotten older over the last thirty years," Einmahl told AFP.

The "Johnny Depp Effect" - An evolutionary explanation for homosexuality Who is more attractive as a mate? A guy who is kind or a guy who is cruel? A guy who is sensitive or a guy who lacks empathy ? A guy who is physically attractive or a guy who is homely? A guy who can appreciate art or the guy who only appreciates ESPN? Now consider who is more likely to be gay. Controlled Overreaching One of the biggest debates among coaches and trainers that always arises every few years is the topic of recovery. Some say you need to be beating yourself up week in and week out and always increasing your work capacity by simply doing more, more, and more work over time. Others in the HIT (high intensity) camp emphasize recovery with a mantra that says, "less is always< more".

The 48 Laws of Power - Robert Greene Law 1 Never Outshine the Master Always make those above you feel comfortably superior. In your desire to please or impress them, do not go too far in displaying your talents or you might accomplish the opposite inspire fear and insecurity.

New Hypothesis for Human Evolution and Human Nature & Eberly College of Science Click on image for a high-resolution version. Domestic animals, like this water buffalo in Viet Nam, live intimately with humans and provide renewable resources to humans that communicate well with them. Photo by Greg Luna. How a Lack of Touch is Destroying Men In preparing to write about the lack of gentle touch in men’s lives, I right away thought, “I feel confident I can do platonic touch, but I don’t necessarily trust other men to do it. Some guy will do something creepy. They always do”. Brain's connective cells are much more than glue: Glia cells also regulate learning and memory Glia cells, named for the Greek word for "glue," hold the brain's neurons together and protect the cells that determine our thoughts and behaviors, but scientists have long puzzled over their prominence in the activities of the brain dedicated to learning and memory. Now Tel Aviv University researchers say that glia cells are central to the brain's plasticity -- how the brain adapts, learns, and stores information. According to Ph.D. student Maurizio De Pittà of TAU's Schools of Physics and Astronomy and Electrical Engineering, glia cells do much more than hold the brain together.

Related:
Related:  Human Body   -  Cracking ACT Reading   -  "Love Makes Us Act Like We Are Fools" Can This Be Avoided?   -  Three-Act Math   -  The Indian Act   -  Medieval Castle History, Design of Medieval Castles, Haunted Castles: www.medieval-castle.com   -  Psychological ("personality") Types   -  Page Not Found | Terry Fox Theatre   -  Musicals & Lyrics - Lyrics For The West End Musicals   -  The Alignment System   -  101questions   -  This Infographic Reveals the Secrets of the Happiest Couples   -  Cheat Sheets for Writing Body Language   -  Find the Perfect Word for Your Feelings with This Vocabulary Wheel   -  Relationship Rules   -  Calm - The #1 App for Meditation and Sleep   -  Mapping Emotions On The Body: Love Makes Us Warm All Over