Dan Meyer - 3-act Maths. When Math Happens. How many cards did he drop? 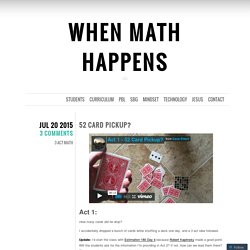 I accidentally dropped a bunch of cards while shuffling a deck one day, and a 3 act idea followed. Update: I’d start the class with Estimation 180 Day 4 because Robert Kaplinsky made a good point. Will the students ask for the information I’m providing in Act 2? If not, how can we lead them there? The lamppost estimation could get the kids into the needed mindset. What information would be useful to figure this out? A couple sources inspired this task. Second, Malcolm Swan via a Dan Meyer tweet. With these in mind, I thought it would be neat for the students to estimate what fraction of the deck was dropped with the following image. From there, they could use the estimate to make a calculation. By the way, the students need to know how many cards make up a full deck. After the class works for a while and students are given the opportunity to demonstrate their thought process, the kids can go back and test their work with the actual dimensions. 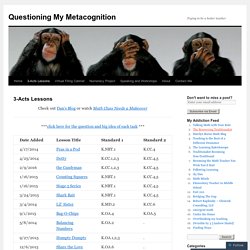 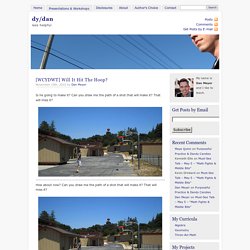 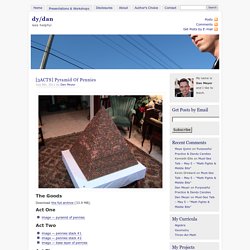 Act One image — pyramid of pennies. Other People’s Problems. October 27th, 2011 by Dan Meyer Malcolm Swan: Draw a shape on squared paper and plot a point to show its perimeter and area. 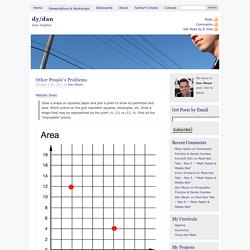 Which points on the grid represent squares, rectangles, etc. Draw a shape that may be represented by the point (4, 12) or (12, 4). Find all the “impossible” points. I like this problem a lot (I’ll spoil some of the fun in the comments) even though it’s fundamentally dissimilar to most of the problems I write about here. One of the best parts about my working life right now, including grad school and my work with publishers, is my daily exposure to the vast set of answers to the question, “What makes for good math education?” So I’m grateful to instructors like Labaree and Stevens who urged us all to quit trying to solve the problem and focus first on describing the domain of the problem and its range of solutions. They all reveal their constraints quickly and clearly. Putting Asilomar into action. A week has passed since I went to the annual California Math Council conference at Asilomar. 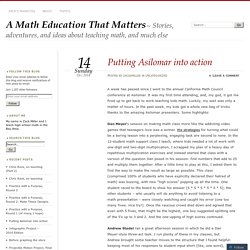 It was my first time attending, and, my god, it got me fired up to get back to work teaching kids math. Luckily, my wait was only a matter of hours. In the past week, my kids got a whole new bag of tricks thanks to the amazing Asilomar presenters. Some highlights: Dan Meyer‘s session on making math class more like the addicting video games that teenagers love was a winner. Andrew Stadel ran a great afternoon session in which he did a Dan Meyer-style three-act task. Rick Barlow and my good friend Shira Helft ran a great session about structures that get kids talking, explaining and justifying math.