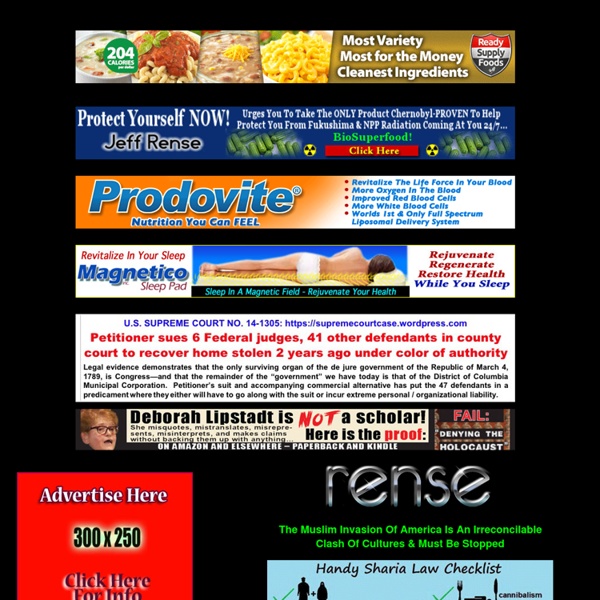 Agenda 21 Agenda 21 is Sustainable Development, and was created through the United Nations. It is the blueprint for depopulation and total control, under the banner of saving the environment. It is like the head of a beast that has thousands of tentacles, originating from the United Nations. GMOs, A Global Debate: South Africa, Top GMO-Producer in Africa Nono, an elderly maize farmer in Qunu, South Africa, pours maize into a bucket. Much of the maize in the country is now genetically modified. (Carl de Souza/AFP/Getty Images) South Africa’s government is increasingly opening the door to genetically modified organisms (GMOs)—along with the issues that arise as GMOs sweepingly change the country’s agriculture industry. Many African nations are wary of welcoming GMOs. South Africa, however, is now the world’s eighth-largest GMO producer, with 2.9 million hectares (4.9 million acres) of GM maize, soybeans, and cotton grown in 2012.

Geithner: US has 'huge stake' in Euro crisis WASHINGTON (AFP) - US Treasury Secretary Timothy Geithner said Monday that America had a huge stake in helping Europe find a "more effective strategy" to tackle its financial crisis. Geithner, just back from a trip to Poland in which he reportedly expressed concern of a "catastrophic risk" to markets from the Greek debt crisis, said at the White House that Europe had the will to combat its challenges. "We have a huge stake as a country in helping them deal with those challenges. We have a huge economic stake, financial stake. "So we are working very closely with them and being very supportive and as they try to craft a more effective strategy.

9 Signs That China Is Making A Move Against The U.S. Dollar While 20-year highs for the CNY may be enough for many to question the USD's ongoing reserve status, it is clear that there are many other plans afoot that undermine the dominance of the greenback. Submitted by Michael Snyder of The Economic Collapse blog, On the global financial stage, China is playing chess while the U.S. is playing checkers, and the Chinese are now accelerating their long-term plan to dethrone the U.S. dollar. You see, the truth is that China does not plan to allow the U.S. financial system to dominate the world indefinitely. Right now, China is the number one exporter on the globe and China will have the largest economy on the planet at some point in the coming years.

US slams Iran at UN atomic agency meet VIENNA (AFP) - The United States took a renewed swipe at Iran Monday, telling the annual gathering of the UN atomic agency Tehran was creeping "still closer" to producing nuclear weapons-grade uranium. "Iran has continued to engage in a longstanding pattern of denial, deceit and evasion," US Energy Secretary Steven Chu told the 151-nation International Atomic Energy Association (IAEA) general conference in Vienna. He said a recent example of Iran's "provocative behaviour" was to begin installing facilities to enrich uranium, which can be used for nuclear power as well as atomic weapons, at an underground facility near Qom. "Expanding, and moving underground, its enrichment ... marks a significant provocation and brings Iran still closer to having the capacity to produce weapons grade uranium," Chu said, according to the text of his speech. Iran's atomic chief Fereydoun Abbasi Davani however dismissed Chu's claims. The IAEA's general conference runs to Friday.

The Financial Pyramid of Power Dave Hodges October 19, 2013 The Common Sense Show Sometimes it is beneficial to pause and try to intellectually understand what the American people are fighting against. We see the daily struggles (e.g. threats to our pensions, bank accounts and civil liberties), however, what seems to be missing is a narrative which provides a macro view which reveals that there is a centralized plot designed to bring the nations of the world and its people to its knees and then impose one centralized political and economic authority. English 88, Modern and Contemporary American Poetry English 88 reference material and general poetry resources PennSound Kelly Writers House Cary Nelson's Modern American Poetry site with alphabetized links to poets about Poetry site maintained by Bob Holman and Margery Snyder glossary of poetic terms used in English 88 Poetry Foundation Electronic Poetry Center (Buffalo) Ubuweb, edited by Kenny Goldsmith alphabetical index of materials and links

Day of Rage Protest Builds on Wall Street (Video) Activist Post 10-6 Things seem to have turned very ugly, as Alexander Higgins reports that Luke Rudkowski and other protesters were beaten with batons and pepper sprayed. The video below is part of a developing story and shows white shirt NYPD beating Occupy Wall Street Protestors behind a barricade with a baton. This is part of a developing story.