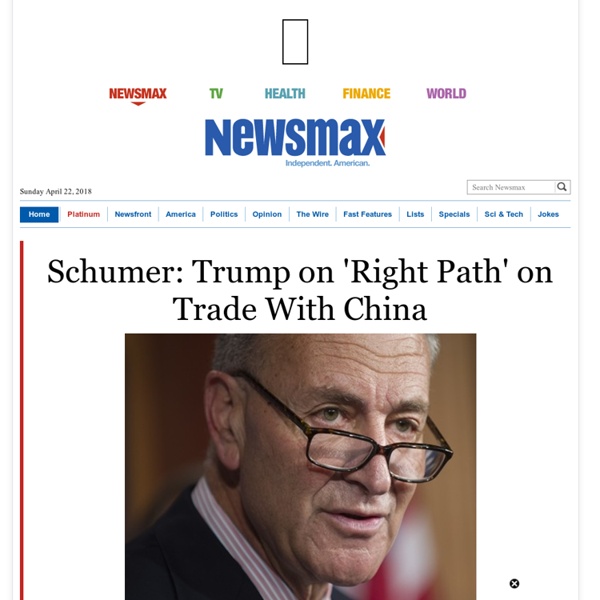 Swine flu jab and narcolepsy may be linked by autoimmune response Scientists appear close to pinpointing why a swine flu vaccine given to six million people in Britain triggered the devastating sleep disorder, narcolepsy, in rare cases. The Pandemrix vaccine, made by GlaxoSmithKline (GSK), and which was recommended by the UK government to high-risk groups during the 2009-10 swine flu pandemic, was withdrawn after medical records showed a spike in the number of cases of narcolepsy presenting in doctors’ surgeries. But until now it has not been clear why the jab caused the chronic illness, which involves uncontrollable daytime sleepiness, in around one in 55,000 recipients. The latest study suggests that in rare cases, Pandemrix led to patients producing antibodies that attacked and destroyed a critical hub of brain cells that help regulate tiredness. Dr Sohail Ahmed, global head of clinical sciences at Novartis Vaccines and first author of the study, said: “There’s a lot of evidence now to suggest that narcolepsy is an autoimmune disease.

Vaccine McCarthyism. What if the Vaccine Paradigm itself is Deliberately Flawed? Within the mainstream medical and scientific community there is an unassailable pseudo-truth that vaccines are safe and effective, whether administered individually or in combination. Within the vaccine injured children and autism movements there is also an unchallenged belief that vaccines are effective but not always safe. In this case, vaccine-injured children or adult family members were simply one of the rare cases where they received a hot lot vaccine or possessed biomolecular abnormalities, such as mitochondria dysfunction, and suffered the consequences. Even many parents with two children developing neurological complications after vaccination, will continue to follow the recommended vaccine schedule. Any medical physician, scientist, nurse, public health advocate, politician, or journalist who questions the myth of vaccine safety and efficacy are often immediately attacked, ridiculed, and designated a conspirator. Dr. Dr. Americans are rapidly losing confidence in the CDC.

Govt. Researchers: Flu Shots Not Effective in Elderly, After All | Sharyl Attkisson (Above image: a nurse interests a passerby in flu shot information. Courtesy: NCIRD/OD/HCSO Flu vaccination communications team) An important and definitive “mainstream” government study done nearly a decade ago got little attention because the science came down on the wrong side. It found that after decades and billions of dollars spent promoting flu shots for the elderly, the mass vaccination program did not result in saving lives. In fact, the death rate among the elderly increased substantially. The authors of the study admitted a bias going into the study. So the NIH launched an effort to do “the” definitive study that would actually prove, for the first time, once and for all, that flu shots were beneficial to the elderly. But when they finished, no matter how they crunched the numbers, the data kept telling the same story: flu shots were of no benefit to the elderly. Read the government study that found no flu shot benefit in elderly Read Simonsen’s commentary on her study

If Vaccines Don’t Cause Brain Damage, Why Is GlaxoSmithKline Paying Out $63 Million to Vaccine Victims? Since the swine flu panic that was widespread in 2009, prompting more than 60 million people to get vaccinated against it, countless amounts of individuals – predominantly children – have developed a range of health conditions. Mainly, brain damage has been the issue; everything from sleep disturbances and memory impairments to hallucinations and mental illness have been experienced by those who received the swine flu vaccine. Most medical professionals and Big Pharma folks are quick to defend and recommend such vaccines; of course pharma giant GlaxoSmithKline (GSK), the manufacturers of the swine flu vaccine, Pandemrix, is a key player in this regard. “There’s no doubt in my mind whatsoever that Pandemrix increased the occurrence of narcolepsy onset in children in some countries – and probably in most countries,” says Emmanuelle Mignot, a specialist in sleep disorder at Stanford University who looked into the effects of the vaccine. “If you make him laugh, he collapses. Sources:

Narcolepsy cases linked to flu vaccine subject to new compensation dispute | Society Government lawyers are seeking to block compensation payments to people who developed the devastating sleep disorder, narcolepsy, as a result of a faulty swine flu vaccine. The Pandemrix vaccine made by GlaxoSmithKline (GSK) was given to 6 million people in Britain and millions more across Europe during the 2009-10 swine flu pandemic, but was withdrawn when doctors noticed a rise in narcolepsy cases among those who received the jab. In June, a 12-year-old boy was awarded £120,000 by a court that ruled he had been left severely disabled by narcolepsy caused by Pandemrix. The win ended a three-year battle with the government that argued his illness was not serious enough to warrant compensation. Narcolepsy is a permanent condition that can cause people to fall asleep dozens of times a day, even when they are in mid-conversation. Some suffer from night terrors and a problem with muscular control called cataplexy that can lead them to collapse on the spot.

Fluvax given to children under-five despite ban, prompting warning by Australia’s chief medical officer | Herald Sun Authorities have warned about inoculating children under five with the wrong vaccine. Picture: File Source: Getty Images NINE Australian children have been given a flu vaccine banned in children under five because it can cause fever and febrile convulsions. The federal Department of Health has confirmed that Fluvax has been administered to children in less than a month. There have been three cases in NSW, three in Queensland, one in South Australia and two in West Australia. It has prompted an urgent warning from the country’s Chief Medical Officer Professor Chris Baggoley to all health professionals. The latest Fluvax product carry cautionary labelling. They have also been advised if it is given to a child under five, it constitutes “off-label” use, which exposes the heath providers to legal risk. In 2012, several children suffered febrile convulsions, fever and vomiting, prompting concern about its safety in this age group, but no adverse events have been reported since.

H3N2 flu strain may have outfoxed vaccine makers again | CBCNews.ca Mobile Vaccine may offer only 30-50% protection but is still predicted to be more effective than last year's The seasonal flu vaccine is likely a poor match for the strain of the virus circulating in B.C., offering just 30 to 50 per cent protection — though officials still urge people to get the shot. So far, it appears H3N2 is the predominant influenza strain making people sick in the province — with three outbreaks at long-term-care homes this fall. The seasonal flu vaccine is designed to protect against the H3N2 strain — along with H1N1 and influenza B — but it appears it will offer only 30 to 50 per cent protection, said Dr. Perry Kendall, B.C.'s provincial health officer. In a good year, the protection offered by the seasonal flu vaccine can be 60 per cent or higher, he said. "It's less than we like," said Kendall, but it is "significantly better protection" than last year, when the flu shot offered nearly zero protection. 'Notorious' strain for evading immune system

Assessing the impact of confounding (measured and unmeasured) in a case-control study to examine the increased risk of pandemic A/H1N1 associated wit... Nurse’s Aide Awarded $11.6 Million for Being Paralyzed by Mandatory Flu Vaccine Nurses across America are standing up to mandatory flu vaccines, choosing to wear a mask instead, or sometimes losing their jobs altogether.Photo courtesy of Nurses Against Mandatory Vaccines Health Impact News Editor Comments We have frequently reported here at Health Impact News the stories of brave nurses standing up for their rights to refuse mandatory flu vaccinations as a condition for employment. There are current cases pending in litigation over this violation of civil rights and recently a New Jersey appeals court ruled in favor of a nurse who was denied employment based on her refusal of the annual flu vaccination (see: NJ Appeals Court Rules in Favor of Nurse who Refused Flu Vaccine). We have also reported here at Health Impact News that based on settled cases in the special vaccine court, the flu vaccine is the most dangerous vaccine in the United States based on settled cases (see: Flu Vaccine is the most Dangerous Vaccine in the U. By Peter HallThe Morning Call Excerpts: