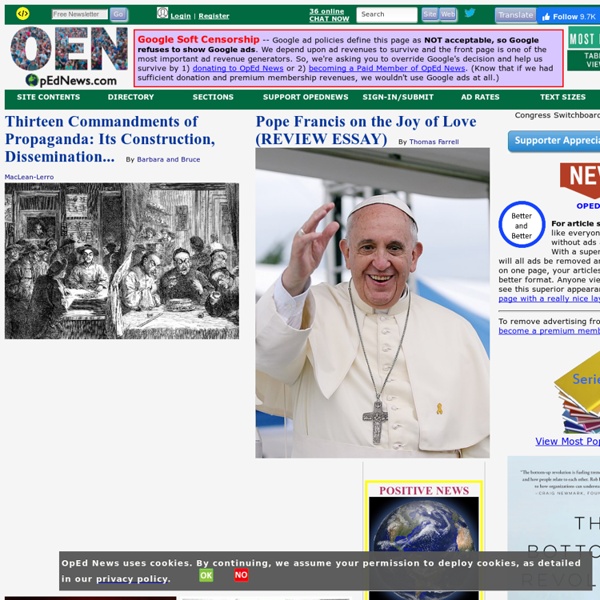 Talking Points Memo Stories by Kim Murphy The following stories were submitted for Pulitzer Prize consideration in the international reporting category. February 4, 2004 A Cult of Reluctant Killers Medna Bayrakova remembers the day a middle-aged woman showed up at her door and asked to speak to her 26-year-old daughter. They shut themselves in the bedroom for half an hour, and then her daughter left, saying she was walking the visitor to the bus stop. March 3, 2004 Red Hot With a Blue Note Nikita Khrushchev's eloquent 1950s critique of jazz pretty much summed up the status of that "bourgeois" music in the Soviet Union: He remarked that listening to it gave him gas. March 14, 2004 Putin's Popularity Veils Uncertainty for Russia When a collection of well-heeled political and arts celebrities filed into a downtown theater this month for a production of "The Inspector," few expected to be surprised by the 19th century tale. September 3, 2004 Killers Set Terms, a Mother Chooses September 4, 2004 Russian Standoff Explodes September 19, 2004

Washington Monthly OBSCURESTORE.COM Pat&#039;s Papers: Smartly Selected U.S. Newspaper Stories SI.com - Inside Game Gang - Mike Fish Archive - - Mike Fish joined CNNSI.com as a senior writer after a distinguished career in newspaper journalism. He is recognized as one of the leading sports investigative reporters, having been honored by the Associated Press Sports Editors with multiple awards for enterprise and investigative reporting. And since 1998, he has won 12 regional and national writing awards, along with nomination for a Pulitzer Prize in both public service and investigative reporting categories. Prior to joining CNNSI, Fish was an investigative sports reporter and Olympic writer for the Atlanta Journal-Constitution. His experience in computer-assisted reporting and use of public records has resulted in NCAA sanctions being brought against college athletic programs, the arrest and sanctioning of investment brokers/sports agents, and passage of the Georgia "Equity in Sports Act.’’ Born and raised in Albany, N.Y., Fish graduated from Ithaca College.

Marshall Kirkpatrick, Technology Journalist » The best investigative journalism in video on the web and how it pays its bills Cross-posted from the SplashCast blog because I thought it would be of interest to readers here as well. One of the promises of the internet is to democratize access to both information and publishing. That democratization, in theory, makes voices outside of the halls of power more capable of changing the world than they would be otherwise. The jury is still out as to how real all of that is. There are lots of people and organizations giving it a try. Good deeds alone rarely pay the rent, though, and a relatively small number of people online want to watch often-depressing investigative journalism when there’s so much fun to be had in other media sectors. Liz Gannes wrote a good article last week about the monetization challenges faced by Alive in Baghdad, a project she called “arguably the best-positioned citizen news video outfit in the world.” Who else is doing great investigative journalism in video on the web? I hope you enjoy these selections. Democracy Now! Democracy Now!

SourceWatch Koch Spy Agency Led by Voter Fraud Huckster The Kochs have been complaining about a "lack of civility in politics" as they seek to boost their public image--but one of their top operatives helped propel perhaps the most egregious case of race-baiting voter fraud hucksterism in recent years. At the same time that the Kochs have been on a PR blitz, publicly spinning an image of themselves as well-intentioned patriots trying to make the world a better place and decrying "character assassination," they've been quietly ramping up a clandestine surveillance and intelligence gathering operation focused on their perceived political enemies, Ken Vogel reports at Politico. At the helm of this "competitive intelligence" operation is a man named Mike Roman, Vice President of Research for Kochs' Freedom Partners and who was paid $265,000 last year, according to Freedom Partners' recent tax filing. Kochs' Freedom Partners Spent $129M in 2014, Invested Massively in Voter Data Lists Rep. Ben Carson