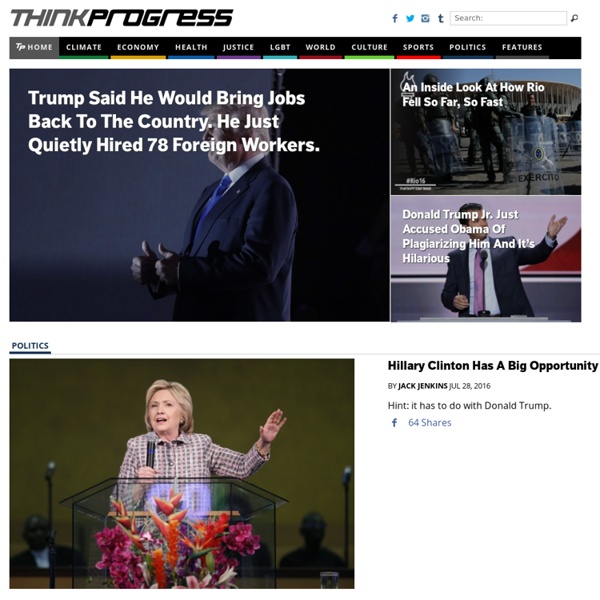 It's the Inequality, Stupid Want more charts like these? See our charts on the secrets of the jobless recovery, the richest 1 percent of Americans, and how the superwealthy beat the IRS. How Rich Are the Superrich? A huge share of the nation's economic growth over the past 30 years has gone to the top one-hundredth of one percent, who now make an average of $27 million per household. The average income for the bottom 90 percent of us? Webware - Cool Web apps for everyone Keedox Bluetooth Sport Earbuds Compact and lightweight, behind-the-head cable design, sweat-proof, stay-put, comfort ear tips, Bluetooth 4.0 w/ NFC 'quick-pairing', built-in mic for hands free and and great sound all at a super affordable, low price.

Visible Proofs: Forensic Views of the Body: Galleries: Media: Autopsy WARNING: Some people may find images from actual postmortem dissections disturbing. Viewer discretion advised. Videos on this page require either QuickTime Player or Windows Media Player. Postmortem dissection, or autopsy, was among the first scientific methods to be used in the investigation of violent or suspicious death. Autopsy remains the core practice of forensic medicine. Letter from Birmingham Jail The Letter from Birmingham Jail (also known as "Letter from Birmingham City Jail" and "The Negro Is Your Brother") is an open letter written on April 16, 1963, by Martin Luther King, Jr. Background[edit] The Birmingham Campaign began on April 3, 1963, with coordinated marches and sit-ins against racism and racial segregation in Birmingham, Alabama. The non-violent campaign was coordinated by Alabama Christian Movement for Human Rights and King's Southern Christian Leadership Conference. On April 10, Circuit Judge W.

About.com About.com is an Internet-based network of content, providing articles and videos about various topics, authored by experts.[1] The site, visited each month by approximately 90 million users, competes with other online resource sites and encyclopedias such as Wikipedia.[2][3] History[edit] Originally founded in 1996 as the Mining Company, the site was launched on April 21, 1997 by Scott Kurnit, owner of General Internet; Bill Day and a group of other entrepreneurs in New York City.[5] The original goal was to maintain 1,800 topic areas, but after five years of operation, this number was reduced to 700. The original business plan offered writers a minimum rate of $250 a month or one-third of the advertising revenue generated within their topic area. The Mining Company also employed approximately 50 full-time staff for administration, advertising sales and the overall site-design work.

Economic Dreams - Economic Nightmares I spent most of my working life in the US Forest Service, battling fundamentalism. Most of the battles dealt with economics. My first job was to coordinate use of a linear programming model (FORPLAN) in the development of forest plans. Scientists unveil tools for rewriting the code of life MIT and Harvard researchers have developed technologies that could be used to rewrite the genetic code of a living cell, allowing them to make large-scale edits to the cell’s genome. Such technology could enable scientists to design cells that build proteins not found in nature, or engineer bacteria that are resistant to any type of viral infection. The technology, described in the July 15 issue of Science, can overwrite specific DNA sequences throughout the genome, similar to the find-and-replace function in word-processing programs. Using this approach, the researchers can make hundreds of targeted edits to the genome of E. coli, apparently without disrupting the cells’ function. “We did get some skepticism from biologists early on,” says Peter Carr, senior research staff at MIT’s Lincoln Laboratory (and formerly of the MIT Media Lab), who is one of the paper’s lead authors.