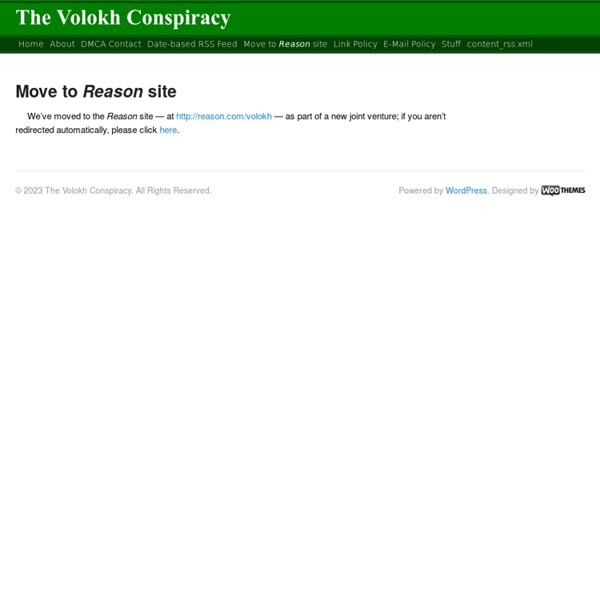 Wallwritings Concurring Opinions The Becker-Posner Blog The Institute for Social Ecology Law and the Multiverse | Superheroes, supervillains, and the law Above the Law: A Legal Tabloid - News, Gossip, and Colorful Commentary on Law Firms and the Legal Profession Unqualified Offerings Against Monopoly Project Syndicate Exit from comment view mode. Click to hide this space DAVOS – The future of the global economy will depend greatly on whether President Barack Obama launches a comprehensive and coherent set of measures, and on how successfully he carries them out. How the Chinese, Europeans, and other major players respond will be almost as important. If there is good international cooperation, the world economy may start climbing out of a deep hole by the end of 2009. There is no way to reestablish economic equilibrium in one fell swoop. The Dollar The effort to pump the American economy full of money will run into difficulties on two fronts: the exchange rate and interest rates. The trend was temporarily reversed at the end of 2008 when the Federal Reserve lowered interest rates to practically zero and embarked on quantitative easing. This should favor the euro as a store of value, but the internal tensions within Europe work in the opposite direction. Interest Rates China China has much to lose. Europe

Typography for Lawyers Pajamas Media » More Government Does Not Equal ‘Reform’ We live in interesting times. The America of 2020 will be radically different than the America of 1920. Just as Europeans attempt to liberalize their markets, we, in the United States, endeavor to (further) socialize ours. The Increase the Size of the Federocracy Plan — a.k.a. the stimulus — imperils our ability to ever get out of debt while cap and tax seeks to punish citizens as a means to atone for environmental variation. Inadvertently, the carbon scheme will enable China to become the world’s dominant economic power and lead to an even greater loss of our nation’s manufacturing base. The latest assault on our institutions and freedoms comes from the Democratic Party’s health care initiative. No matter, the Democrats see another area of our lives to subject to their dreams of domination and have seized the day. Should the weaker elements on his side wobble, President Obama created a new website, “Organizing for Health Care,” to assist politicians in battles with their constituents.

SCOTUSblog Joe Bageant: Confessions of a lazy dumpster diver Hi Joe, I have only recently discovered your site and I wonder why it took two years of being connected to discover such wisdom and truth. I found you by linking to links that linked to links. I know that younger people call it surfing, but I think of it as panning for gold in a polluted river. Dip after dip into the Internet river, one finds the remains of a once towering mountain of freedom ground into pebbles and dirt under the relentless march of the glaciers of corpo-government. But back to my original bad analogy, imagine my surprise when I dipped into the river and found the gleaming gold nugget of your insight among the familiar clumps of waste. Not that I received a stimulus check. One other group that didn't get to play the Spend It for America game this time were those living (I use the term very loosely) on SSI. Not that I receive SSI. The bad news is that some people don't care for my idle lifestyle. I do more than just read. Jesus H. With admiration, Fred Fred, Joe