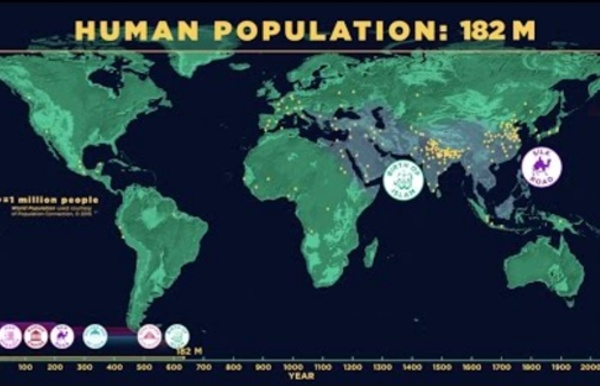 The Winchester Bible - Winchester Cathedral The Winchester Bible is the largest and finest of all surviving 12th-century English bibles. A single scribe wrote out its text in Latin, while artists worked its exquisitely illuminated capital letters. Their glowing colours, including gold and lapis lazuli, are as intense today as 800 years ago. View picture gallery Irena Sendler, the woman who helped save 2,500 children from the Holocaust “I give my child in your care, raise my child as if it were yours.” These words were written by the mother of a six year old Jewish girl Rami, who was smuggled out of the Jewish ghetto in Nazi occupied Warsaw, Poland, during the Second World War. Little Rami was placed into foster care with her mother’s Polish friends on the Aryan side of the city and, unlike her mother, ultimately survived the war. The person who was instrumental in making Rami’s survival possible was a woman named Irena Sendler, a social worker and Polish resistance operative who helped save 2,500 Jewish children like Rami during the Holocaust.

Some Pacific Islanders Have DNA Not Linked To Any Known Human Ancestor Researchers have now uncovered the DNA of a previously unknown group of hominids. Chris Hyde/Getty ImagesChildren from the village of Hanuabada play cricket in the streets on February 24, 2012 in Port Moresby, Papua New Guinea. Most everyone knows that the islands of the South Pacific are some of the most remote and unique places on Earth, but a new study reveals just how unique they really are. According to a report from the University of Texas MD Anderson Cancer Center in Houston, researchers have found traces of a previously unknown extinct hominid species in the DNA of the Melanesians, a group living in an area northeast of Australia that encompasses Papua New Guinea and the surrounding islands.

Global assessment starts at home In Old Norse, the word “heimr” represented both “world” and “home.” This word association predicted the nature of today’s vastly interconnected world, which requires its citizens to steward not only the earth, but each other. The complexities of this stewardship demand that teachers prepare their students to interact with the world and its various cultures in unprecedented ways. The idea of “global competence” is so important that it will soon make its way into PISA (Program for International Student Assessment), an international standard for comparing education systems worldwide. More acidic oceans 'will affect all sea life' Image copyright JAGO-TEAM/GEOMAR All sea life will be affected because carbon dioxide emissions from modern society are making the oceans more acidic, a major new report will say. The eight-year study from more than 250 scientists finds that infant sea creatures will be especially harmed. This means the number of baby cod growing to adulthood could fall to a quarter or even a 12th of today's numbers, the researchers suggest. The assessment comes from the BIOACID project, which is led from Germany. A brochure summarising the main outcomes will be presented to climate negotiators at their annual meeting, which this year is taking place in Bonn in November.

The Making of the Winchester Bible January 21, 2015 Charles T. Little, Curator, Department of Medieval Art and The Cloisters Fig. 1. An unfinished image of Ecclesiastes by the Master of the Leaping Figures. Book of Ecclesiastes, V, Winchester Bible, fol. 268. Photograph by John Crook TIMELINE: Chinese Books, Manuscripts, Maps, and Prints The Xiping Stone Classics These engravings of the seven Confucian classics were set up outside the National University Gate, located on the south side of Loyang, the capital city, in the Eastern Han dynasty. They were created between 175 and 183, after Cai Yong and a group of scholars successfully petitioned the emperor to have the Confucian classics carved in stone in order to prevent their being altered to support particular points of view.

In Neanderthal DNA, Signs of a Mysterious Human Migration - The New York Times The mystery only deepened in 2013. Another team of researchers retrieved mitochondrial DNA from a Neanderthal-like fossil at Sima de los Huesos, dating back 430,000 years. The researchers had expected the DNA to resemble that of later Neanderthals in Europe. Instead, the mitochondrial DNA looked like it belonged to Denisovans — even though the Denisova cave was 4,000 miles away in Siberia.