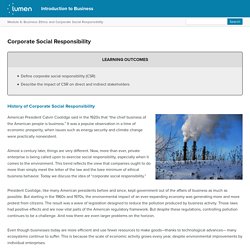 It was a popular observation in a time of economic prosperity, when issues such as energy security and climate change were practically nonexistent. Almost a century later, things are very different. President Coolidge, like many American presidents before and since, kept government out of the affairs of business as much as possible. Even though businesses today are more efficient and use fewer resources to make goods—thanks to technological advances— many ecosystems continue to suffer. Starting a few years ago, many citizens in the U.S. and around the world began calls for more action from private enterprise on these social issues—beyond compliance with regulations and traditional charity-related work. (165) 3 Ways Sustainability Is Good For Business. (165) BIC: Two minutes to understand sustainable development. Ecological Footprint Calculator. 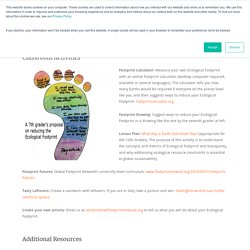 The calculator tells you how many Earths would be required if everyone on the planet lived like you, and then suggests ways to reduce your Ecological Footprint. footprintcalculator.org Footprint Drawing: Suggest ways to reduce your Ecological Footprint in a drawing like the one by the seventh grader at left. Lesson Plan: What day is Earth Overshoot Day? (appropriate for 6th-12th Grades). The purpose of this activity is to understand the concepts and metrics of Ecological Footprint and biocapacity, and why addressing ecological resource constraints is essential to global sustainability. Footprint Futures: Global Footprint Network’s university-level curriculum. www.footprintnetwork.org/2016/05/01/footprint-futures Tasty Leftovers: Create a sandwich with leftovers.

(165) Human Population Through Time. (165) The Origin of "Limits to Growth" - Interview with Dennis Meadows. The Limits to Growth. Book on population growth The Limits to Growth (LTG) is a 1972 report[1] on the computer simulation of exponential economic and population growth with a finite supply of resources.[2] Commissioned by the Club of Rome, the findings of the study were first presented at international gatherings in Moscow and Rio de Janeiro in the summer of 1971.[1]:186 The report's authors are Donella H. 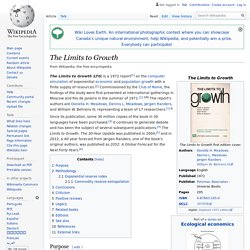 Meadows, Dennis L. Meadows, Jørgen Randers, and William W. Behrens III, representing a team of 17 researchers.[1]:8 Since its publication, some 30 million copies of the book in 30 languages have been purchased.[3] It continues to generate debate and has been the subject of several subsequent publications.[4] The Limits to Growth: The 30-Year Update was published in 2004,[5] and in 2012, a 40-year forecast from Jørgen Randers, one of the book's original authors, was published as 2052: A Global Forecast for the Next Forty Years.[6] Club of Rome. Organisation of individuals who claim to share a common concern for the future of humanity and strive to make a difference Founded in 1968 at Accademia dei Lincei in Rome, Italy, the Club of Rome consists of current and former heads of state, UN bureaucrats, high-level politicians and government officials, diplomats, scientists, economists, and business leaders from around the globe.[1] It stimulated considerable public attention in 1972 with the first report to the Club of Rome, The Limits to Growth. 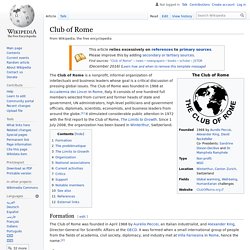 Since 1 July 2008 the organization has been based in Winterthur, Switzerland. Formation[edit] The problématique[edit] Central to the formation of the club was Peccei's concept of the problematic. In 1970, Peccei's vision was laid out in a document written by Hasan Özbekhan, Erich Jantsch, and Alexander Christakis. The Limits to Growth[edit] In 2001 the Club of Rome established a think tank, called tt30, consisting of about 30 men and women, ages 25–35. Organization[edit] Department of Economic and Social Affairs. History The 2030 Agenda for Sustainable Development, adopted by all United Nations Member States in 2015, provides a shared blueprint for peace and prosperity for people and the planet, now and into the future. 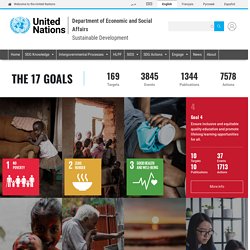 At its heart are the 17 Sustainable Development Goals (SDGs), which are an urgent call for action by all countries - developed and developing - in a global partnership. They recognize that ending poverty and other deprivations must go hand-in-hand with strategies that improve health and education, reduce inequality, and spur economic growth – all while tackling climate change and working to preserve our oceans and forests. The SDGs build on decades of work by countries and the UN, including the UN Department of Economic and Social Affairs In June 1992, at the Earth Summit in Rio de Janeiro, Brazil, more than 178 countries adopted Agenda 21, a comprehensive plan of action to build a global partnership for sustainable development to improve human lives and protect the environment. 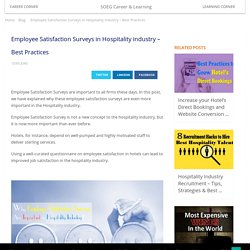