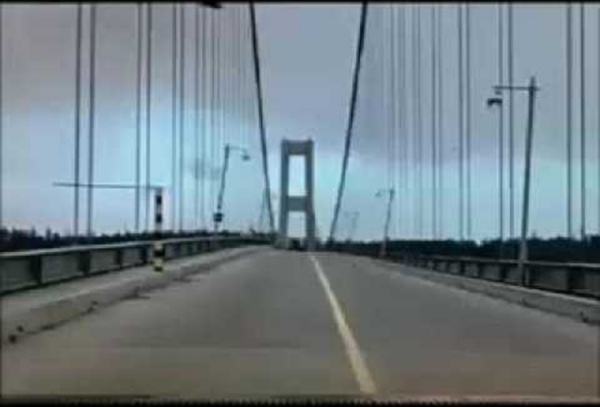 Related:  Tecnología • Weapons • Forces and Interactions • Waves and Their Applications for Energy Transfer

Tacoma Narrows Bridge: Lessons From the Failure of a Great Machine How Galloping Gertie collapsed left us a lasting design legacy. The Damage Main cables: During the collapse, the main suspension cables were thrown violently side to side, twisted, and tossed 100 feet into the air. Sound Uncovered: An Interactive Book for the iPad Explore the surprising side of sound with Sound Uncovered, an award-winning interactive collection from the Exploratorium featuring auditory illusions, acoustic phenomena, and other things that go bump, beep, boom, and vroom. Hear with your eyes, see with your ears, test your hearing, make and modify recordings—this app puts you at the center of the experiment. Why do some noises seem louder at night? Are there secret messages in music played backward? How can Siri understand different accents?

​If You Touch This Plant It Will Make You Vomit In Pure Agony AUSTRALIA: Where nature hates your guts! Flagged A good friend of mine mentioned (on several occasions) that if the world ever started to end, he would head to Australia as fast as possible. A Hand-Cranked Automaton That Mimics the Effect of a Raindrop Hitting Water This little wood automaton is meant to mimic the effect of a water drop hitting a body of water, all using concentric rings cut from wood that are manipulated by a hand crank. The piece was created by UK-based designer Dean O’Callaghan, inspired by the work of Reuben Margolin (most likely his round wave sculpture). (via The Automata Blog) Why do seismic waves travel a curving path through the Earth? Refraction For background on this animation series, download Background from the Resources box.Animations are available for preview in embedded YouTube. To download, right click the 'Quicktime Animation' link and choose 'Save Target As' (PC) or 'Download Linked File' (Mac).Send us feedback.

The U.S. Military Has Deployed A Laser Weapon To The Persian Gulf Kinja is in read-only mode. We are working to restore service. Is a newspaper headline you would expect in a GODZILLA movie! Flagged A mesmerizing pendulum wave demonstration with 16 bowling balls in a North Carolina forest If you’ve ever been to a science museum or taken a physics class, you’ve probably encountered an example of a pendulum wave. This video shows a large-scale pendulum wave contraption built on private property in the mountains of North Carolina, near Burnsville. The mechanism relies on 16 precisely hung bowling balls on a wooden frame that swing in hypnotic patterns for a cycle of about 2 minute and 40 seconds. Via Maria Ikenberry who filmed the clip:

How do P & S waves give evidence for a liquid outer core? Shadow Zones For background on this animation series, download Background from the Resources box.Animations are available for preview in embedded YouTube. To download, right click the 'Quicktime Animation' link and choose 'Save Target As' (PC) or 'Download Linked File' (Mac).Send us feedback. Intro to Shadow Zones The seismic shadows are the effect of seismic waves striking the core-mantle boundary.

Check Out This Insanely Dangerous Zinc Flamethrower Esther, as a veteran I take issue with the assumption the flamethrower wasn't used for safety reasons. We're all reasonable adults here, I'm sure it was just too expensive. It was probably scrapped for a lot of reasons, but I think safety was probably up there. I don't think the main problem would be people playing around with it. I think the main problem would be if, for example, people were transporting it in a car and got into an accident (or were attacked), even the slightest crack in one package of the diethyl zinc would make the entire car burst into flames. To all serious replies this comment receives, I'm just gonna go ahead and apologize: I've been posting on Gawker and my nerd-sarcasm unit has been malfunctioning as a result.