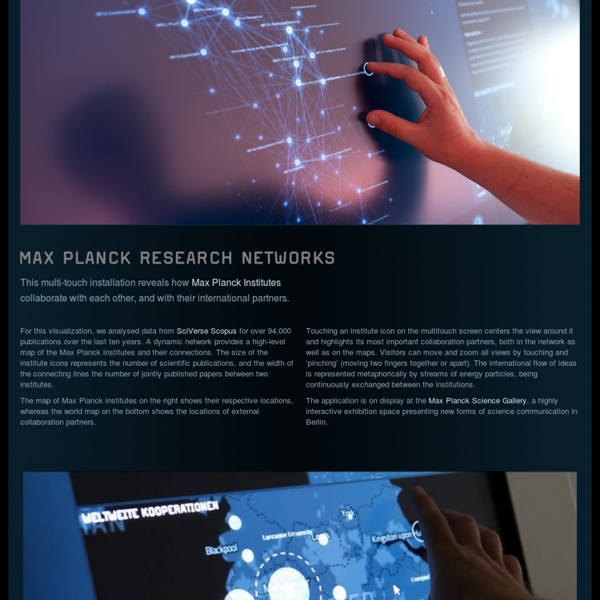 Just Landed: Processing, Twitter, MetaCarta & Hidden Data I have a friend who has a Ph.D in bioinformatics. Over a beer last week, we ended up discussing the H1N1 flu virus, epidemic modeling, and countless other fascinating and somewhat scary things. She told me that epidemiologists have been experimenting with alternate methods of creating transmission models – specifically, she talked about a group that was using data from the Where’s George? project to build a computer model for tracking and predicting the spread of contagions (which I read about again in this NYTimes article two days later). This got me thinking about the data that is hidden in various social network information streams – Facebook & Twitter updates in particular. The idea is simple: Find tweets that contain this phrase, parse out the location they’d just landed in, along with the home location they list on their Twitter profile, and use this to map out travel in the Twittersphere (yes, I just used the phrase ‘Twittersphere’). Just Landed – 36 Hours from blprnt on Vimeo.

Kickstarter of the Week: Plant-In City Offers an Internet of Vegetation | Wired Design Plants are the best. They’re pretty, they clean the air, they’re good listeners, and they don’t eat your furniture. On the downside, they need regular care, and they’re lousy communicators. Plant-In City is a modular series of frames that can be combined to create a customized plant habitat. Click to Open Overlay Gallery “It started from a simple idea: Can we water our plants remotely with our iPhones while traveling or off site?” But as the team dove deeper into the design, their vision grew. Even as budding horticulturalists, de Llarena admits there was a period of learning as they developed the project. They’ve fostered better communication by beaming the levels of light, humidity, moisture and temperature to the Internet, which will be accessible via Plant-In’s website or through mobile apps. The modular box system is key to creating a pleasing space. Despite the geometric regularity of the right-angled frames, the construction as a whole has a natural feel. Go Back to Top.

In the Air 5 Ways Modern Men Are Trained to Hate Women Photos.com I don't know what it's like to be a woman, so it's not easy for me to describe what it's like to be a man, because I don't know what you're using for context. I'm going to do my best: Did you ever watch old cartoons where a character is starving on a desert island, and when another character approaches, he's so hungry that he imagines the other character as a talking piece of food? Via TV TropesThird panel omitted due to graphic content. It's like that for most men, most of the time. Right now I'm reading a book from mega-selling fantasy author George R. "When she went to the stables, she wore faded sandsilk pants and woven grass sandals. That's written from the woman's point of view. Do you see what I'm getting at? Photos.comWe also assume you have the taste of a pimp. Go look at a city skyline. All those wars we fight? It's all about you. Photos.comNope. This is really the heart of it, right here. Which brings us back to where we started. Via Wikipedia Via Caglecartoons.com

My dead hard drive story - StumbleUpon Books Processing: A Programming Handbook for Visual Designers and Artists Casey Reas and Ben Fry (Foreword by John Maeda). Published August 2007, MIT Press. 736 pages. Hardcover. » Order from Amazon.com Downloads: Table of Contents and Index (PDF, 500 KB) Sample Chapters with Contents and Index (PDF, 7.6 MB) All code examples in the book (ZIP, 24 MB) Errata (Updated 8 January 2014) This book is an introduction to the ideas of computer programming within the context of the visual arts. It targets an audience of computer-savvy individuals who are interested in creating interactive and visual work through writing software but have little or no prior experience. The majority of the book is divided into tutorial units discussing specific elements of software and how they relate to the arts. Essays by Alexander R. If you are an educator, you can request a desk/exam copy from the MIT Press website.

Get Internet Access When Your Government Shuts It Down These days, no popular movement goes without an Internet presence of some kind, whether it's organizing on Facebook or spreading the word through Twitter. And as we've seen in Egypt, that means that your Internet connection can be the first to go. Whether you're trying to check in with your family, contact your friends, or simply spread the word, here are a few ways to build some basic network connectivity when you can't rely on your cellular or landline Internet connections. Do-It-Yourself Internet With Ad-Hoc Wi-Fi Even if you've managed to find an Internet connection for yourself, it won't be that helpful in reaching out to your fellow locals if they can't get online to find you. Advanced freedom fighters can set up a portal Web page on their network that explains the way the setup works, with Daihinia instructions and a local download link so they can spread the network even further. Back to Basics Always Be Prepared In the land of no Internet connection, the man with dial-up is king.

How to make a tablet pc from an old laptop Check out my other projects:Xbox Hackintosh casemod AndDIY Spy phone In this project i used an old Fujitsu Siemens life book S series laptop. It has got a 1 Ghz processor and 256 Mb ram, (not sure about the graphic card but i know its between 8-32 Mb). In this instructable i will show how to do tablet pc the easy way(and the cheapest) , and how to do it hard way (including "touch" screen etc). I personaly did it the hard way about half way and run out of materials and i decided to finish it the easy way. In this project you will need: 1.Old laptop 2. And if you are doing the hard way you will also need: 6.Lots of straight plastic 7.Something to melt down the plastic 8. The skils you will need to make this are: 1. And of course for the hard way you will also need: 5.Problem solving skills 6.Serious knowledge how things work 7.Way to know how to make "special" tools 8. And sorry for my English its not my main language but i will try to make it readable :D

Cascade on Wheels Cascade on Wheels is a visualization project that intends to express the quantity of cars we live with in big cities nowadays. The data set we worked on is the daily average of cars passing by streets, over a year. In this case, a section of the Madrid city center, during 2006. The averages are grouped down into four categories of car types. We made two different visualizations of the same data set. Read the interview at we make money not art. The pieces Walls Map Launch the Walls Map video: fullsize quicktime or shrinked flash (on vimeo). Traffic Mixer Launch the Traffic Mixer video: fullsize quicktime or shrinked flash (on vimeo). A few things worth noting Not all streets in the section are included in the data set, but in the most part the ones with the highest traffic are. On the Walls Map, busses and trucks categories are represented with 3 times the size of the other categories. Credits People involved Software used Both pieces were built in Processing. Data set Contact