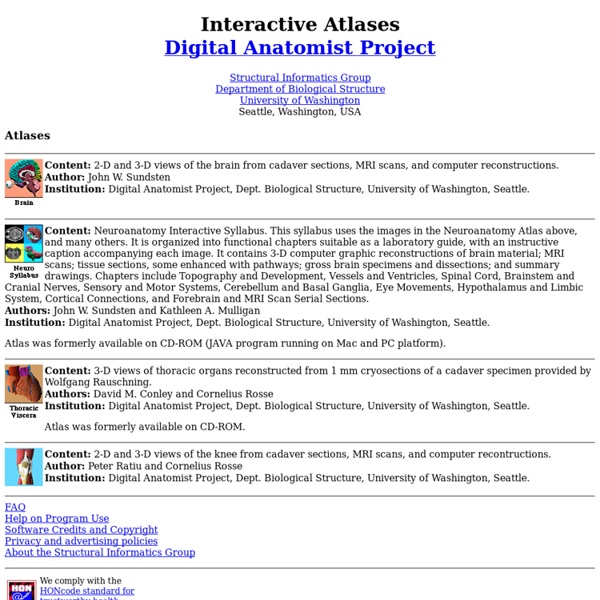 Psychology - University of Amsterdam The UvA website uses cookies and similar technologies to ensure the basic functionality of the site and for statistical and optimisation purposes. It also uses cookies to display content such as YouTube videos and for marketing purposes. This last category consists of tracking cookies: these make it possible for your online behaviour to be tracked. You consent to this by clicking on Accept or continuing to use this website. Necessary Cookies that are essential for the basic functioning of the website.

In Brain, Competing Thoughts Come in Waves and Rhythms Generation Next Blog ← Grown-up fun or girls behaving badly? • Meltdown or tantrum-what’s the difference? → Despite significant advances in brain imaging and cognitive science, neuroscientists continue to search for how the brain develops and retains perceptions and memories. Sensory substitution Sensory substitution means to transform the characteristics of one sensory modality into stimuli of another sensory modality. It is hoped that sensory substitution systems can help handicapped people by restoring their ability to perceive a certain defective sensory modality by using sensory information from a functioning sensory modality. A sensory substitution system consists of three parts: a sensor, a coupling system, and a stimulator. The sensor records stimuli and gives them to a coupling system which interprets these signals and transmits them to a stimulator. In case the sensor obtains signals of a kind not originally available to the bearer it is a case of sensory augmentation. Sensory substitution concerns human perception and the plasticity of the human brain; and therefore, allows us to study these aspects of neuroscience more through neuroimaging.

World's most detailed scans will reveal how brain works 5 March 2013Last updated at 13:27 ET By Pallab Ghosh Science correspondent, BBC News Continue reading the main story Daydream Believer: an MRI scan of the brain at rest. Regions in yellow are strongly linked to the area indicated by the blue spot. A Little Bit Me: composite of the scans of 20 individuals. Regions in yellow and red are linked to the parietal lobe of the brain's right hemisphere. Brain Structures and Their Functions The nervous system is your body's decision and communication center. The central nervous system (CNS) is made of the brain and the spinal cord and the peripheral nervous system (PNS) is made of nerves. Together they control every part of your daily life, from breathing and blinking to helping you memorize facts for a test. Nerves reach from your brain to your face, ears, eyes, nose, and spinal cord... and from the spinal cord to the rest of your body. Sensory nerves gather information from the environment, send that info to the spinal cord, which then speed the message to the brain. The brain then makes sense of that message and fires off a response.

Hacking Knowledge: 77 Ways To Learn Faster, Deeper, & Better If someone granted you one wish, what do you imagine you would want out of life that you haven’t gotten yet? For many people, it would be self-improvement and knowledge. Newcounter knowledge is the backbone of society’s progress. Great thinkers such as Leonardo da Vinci, Thomas Edison, Benjamin Franklin, Albert Einstein, and others’ quests for knowledge have led society to many of the marvels we enjoy today. Your quest for knowledge doesn’t have to be as Earth-changing as Einstein’s, but it can be an important part of your life, leading to a new job, better pay, a new hobby, or simply knowledge for knowledge’s sake — whatever is important to you as an end goal. Integral theory Integral theory, a philosophy with origins in the work of Sri Aurobindo and Jean Gebser, and promoted by Ken Wilber, seeks a synthesis of the best of pre-modern, modern, and postmodern reality.[1] It is portrayed as a "theory of everything,"[2] and offers an approach "to draw together an already existing number of separate paradigms into an interrelated network of approaches that are mutually enriching."[1] It has been applied by scholar-practitioners in 35 distinct academic and professional domains as varied as organizational management and art.[1] Methodologies[edit] AQAL, pronounced "ah-qwul," is a widely used framework in Integral Theory.