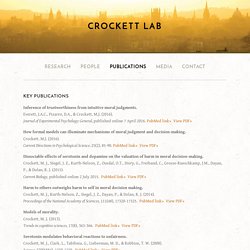 Compassion is not always a motivated choice: a multiple decision systems perspective.Montgomery M.A., Kappes A., & Crockett M.J. (2017).In: Moral Psychology, Volume 5, Eds: Sinnott-Armstrong W., & Miller C.B. Binding oneself to the mast: stimulating frontopolar cortex enhances precommitment. Serotonin enhances the impact of health information on food choice. From Risk to Fairness. 2009 and earlier. The Benefits and Costs of a Rose-Colored Hindsight. Dissociable Effects of Serotonin and Dopamine on the Valuation of Harm in Moral Decision Making. Crockett&Cuddy_2015_COBS.pdf. Everett_2015b_Frontiers.pdf. Gesiarz_2015_Frontiers.pdf. PNAS 2011 Beale 12647 52.

Humans display a cooperative phenotype that is domain general and temporally stable. Fast But Not Intuitive Slow But Not Reflective. Beliefs About the Malleability of Immoral Groups Facilitate Collective Action. An fmri investigation of emotional engagement in moral judgment. The cognitive neurosicence of moral judgment and decision making. You see the ends dont justify the means. The neuroscience of social relations. A comparative-based approach to empathy and to the capacity of evaluating others' action value. Neurocomputational model of moral behaviour. Neural Correlates of Human VIrtue Judgment. 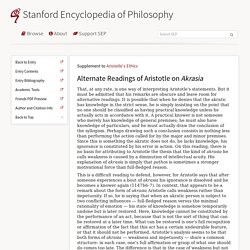 But it must be admitted that his remarks are obscure and leave room for alternative readings. It is possible that when he denies that the akratic has knowledge in the strict sense, he is simply insisting on the point that no one should be classified as having practical knowledge unless he actually acts in accordance with it. A practical knower is not someone who merely has knowledge of general premises; he must also have knowledge of particulars, and he must actually draw the conclusion of the syllogism. Perhaps drawing such a conclusion consists in nothing less than performing the action called for by the major and minor premises. 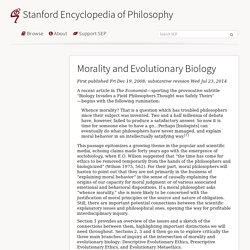 Overview: Basic Issues, Questions, and Distinctions Very little in the study of human life has been left untouched by developments in evolutionary biology, and inquiry into the nature of morality is no exception. With the recognition that we, like all other living things, belong to a species that has evolved through natural selection comes the acknowledgement that evolutionary processes have likewise shaped us deeply. How deeply? Evolutionary explanations are commonplace when it comes to questions about our physiological nature—why we have opposable thumbs, say, or a bipedal posture.

When it comes to morality, the most basic issue concerns our capacity for normative guidance: our ability to be motivated by norms of behavior and feeling through judgments about how people ought to act and respond in various circumstances (Joyce 2006, Kitcher 2006a,b, 2011, and Machery and Mallon 2010). 1.1 Three Kinds of Appeal to Evolution in Evolutionary Ethics. Durkheim, Emile. Émile Durkheim was a French sociologist who rose to prominence in the late 19th and early 20th centuries. 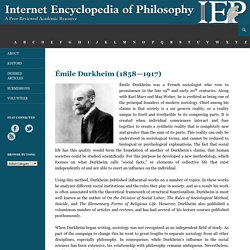 Along with Karl Marx and Max Weber, he is credited as being one of the principal founders of modern sociology. Chief among his claims is that society is a sui generis reality, or a reality unique to itself and irreducible to its composing parts. It is created when individual consciences interact and fuse together to create a synthetic reality that is completely new and greater than the sum of its parts. This reality can only be understood in sociological terms, and cannot be reduced to biological or psychological explanations. 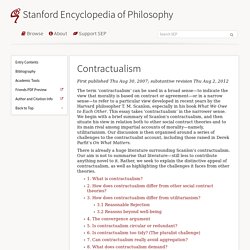 What is contractualism? Scanlon introduces contractualism as a distinctive account of moral reasoning. He summarises his account thus: An act is wrong if its performance under the circumstances would be disallowed by any set of principles for the general regulation of behaviour that no one could reasonably reject as a basis for informed, unforced, general agreement. (Scanlon 1998, p. 153). Research on Reasoning. Publications on Reasoning and Rationality: Key Papers: Stanovich, K. 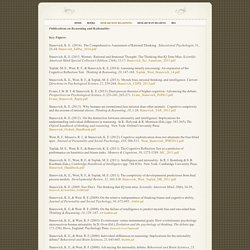 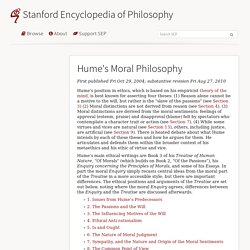 Issues from Hume's Predecessors Hume inherits from his predecessors several controversies about ethics and political philosophy. 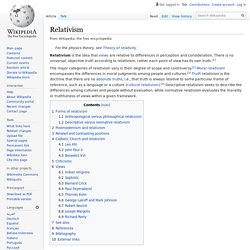 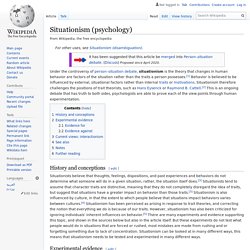 One notable situationist study is Zimbardo's Stanford prison experiment. This study was considered one of the most unethical because the participants were deceived and were physically and psychologically abused. The goal of the study was that Zimbardo wanted to discover two things. Existentialism (Stanford Encyclopedia of Philosophy) 1. 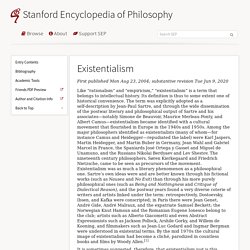 The Emergence of Existence as a Philosophical Problem Sartre's existentialism drew its immediate inspiration from the work of the German philosopher, Martin Heidegger. Heidegger's 1927 Being and Time, an inquiry into the “being that we ourselves are” (which he termed “Dasein,” a German word for existence), introduced most of the motifs that would characterize later existentialist thinking: the tension between the individual and the “public”; an emphasis on the worldly or “situated” character of human thought and reason; a fascination with liminal experiences of anxiety, death, the “nothing” and nihilism; the rejection of science (and above all, causal explanation) as an adequate framework for understanding human being; and the introduction of “authenticity” as the norm of self-identity, tied to the project of self-definition through freedom, choice, and commitment. 1.1 Kierkegaard: “The Single Individual” 1.2 Nietzsche and Nihilism 2. 2.1 Facticity and Transcendence.

The Veil of Ignorance