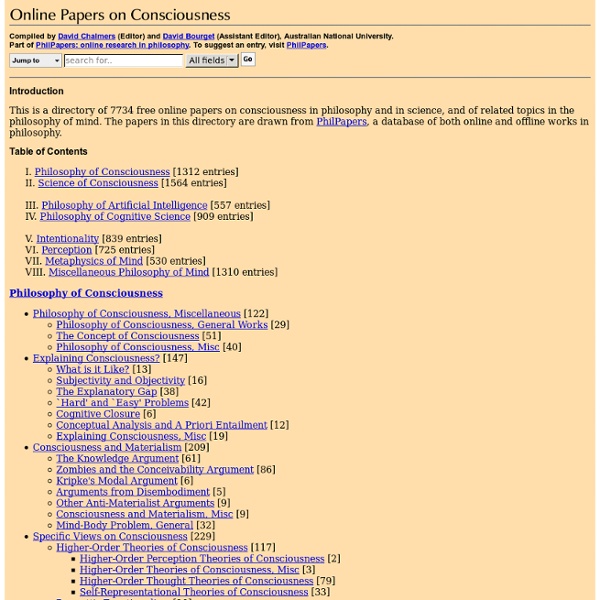 Search tips There are three kinds of search you can perform: All fields This mode searches for entries containing all the entered words in their title, author, date, comment field, or in any of many other fields showing on OPC pages. Surname This mode searches for entries containing the text string you entered in their author field. Advanced This mode differs from the all fields mode in two respects. Note that short and / or common words are ignored by the search engine. Related:  Thoughts • .caisson

German supermarket Edeka release heartbreaking Christmas advert A Christmas advert released by German supermarket Edeka is melting hearts worldwide. Similar to John Lewis’ emotive “Man On The Moon” advert; it focuses on an elderly man alone at Christmas. But, some viewers believe it has trumped the British advert as the most powerful yet. The advert shows an elderly man spending several Christmases alone; with his children providing a different excuse each year: "I just wanted to call and let you know that we can’t make it for Christmas this year… we’ll try again next year. Time passes and tragically the children receive news of their father passing away. The children return to the family home to attend his funeral and pay respects; but as they enter the dining room, their father appears and says: "How else could I have brought you all together?" Tears quickly turn to smiles as the family indulge in a Christmas dinner that has been long overdue.

Animal Thought By Temple Grandin, Ph.D. Department of Animal Science Colorado State University Western Horseman, Nov. 1997, pp.140-145 (Updated January 2015) Temple Grandin is an assistant professor of animal science at Colorado State University. She is the author of the book Thinking in Pictures. As a person with autism, it is easy for me to understand how animals think because my thinking processes are like an animal's. I have no language-based thoughts at all. Most people use a combination of both verbal and visual skills. A radio station person I talked to once said that she had no pictures at all in her mind. Associative Thinking A horse trainer once said to me, "Animals don't think, they just make associations." Animals also tend to make place-specific associations. Years ago a scientist named N. Fear Is the Main Emotion Fear is the main emotion in autism and it is also the main emotion in prey animals such as horses and cattle. Fear-based behaviors are complex. Effects of Genetics Effects of Novelty

Support for ISIS in the Muslim World - Perceptions vs Reality - Metrocosm According to a Brookings report from last January: 40% of Americans believe most Muslims oppose ISIS.14% think most Muslims support ISIS.And 44% (the plurality) of Americans believe Muslim views are evenly balanced on the issue. American perceptions of Muslims’ support for the Islamic State are all over the map. And you only have to search Google for “how many muslims support isis” to see why. The first result shows “81% of respondents support the Islamic State.” The range of answers to this question reported by the media is enormous, partly because much of it comes from online polls, social media sentiment analysis, and other non-scientific / unrepresentative studies. Last month, the International Business Times cited a study from Pew Research Center concluding ISIS is “almost universally hated.” What the Muslim world actually thinks of ISIS Looking only at scientific opinion polls, the results are actually very consistent. In the Muslim world, support for ISIS is low across the board.

The Relativity of Wrong by Isaac Asimov I received a letter from a reader the other day. It was handwritten in crabbed penmanship so that it was very difficult to read. Nevertheless, I tried to make it out just in case it might prove to be important. In the first sentence, he told me he was majoring in English Literature, but felt he needed to teach me science. It seemed that in one of my innumerable essays, here and elsewhere, I had expressed a certain gladness at living in a century in which we finally got the basis of the Universe straight. I didn't go into detail in the matter, but what I meant was that we now know the basic rules governing the Universe, together with the gravitational interrelationships of its gross components, as shown in the theory of relativity worked out between 1905 and 1916. These are all twentieth-century discoveries, you see. The young man then quoted with approval what Socrates had said on learning that the Delphic oracle had proclaimed him the wisest man in Greece. "Wrong!"

The Pranic Body Dr. Swami Satyamurti Saraswati, PhD (Belfast) The nature of prana is light. It is a form of energy existing everywhere, within us and outside us. It is a force capable of being dispersed as well as concentrated within the body. According to yoga, within the physical body is a subtler body known as the pranayama kosha, which forms the subtle network through which prana flows. Researchers working with the Kirlian high voltage photographic apparatus obtain what is believed to be photographs of this subtle pranic field. The pranic field is sometimes called psi plasma due to the fact that it can be likened to the plasma (charged gases) studied in plasma physics. The five pranas "Just as an emperor posts his officials in different parts of his realm, similarly the chief prana allots functions to the lower pranas." Traditionally prana is divided into five zones in the body. 1. There is another subdivision of the pranic force called the upa pranas. Mahaprana Prana and consciousness

Almost half of homeless men had traumatic brain injury in their lifetime -- ScienceDaily Almost half of all homeless men who took part in a study by St. Michael's Hospital had suffered at least one traumatic brain injury in their life and 87 per cent of those injuries occurred before the men lost their homes. While assaults were a major cause of those traumatic brain injuries, or TBIs, (60 per cent) many were caused by potentially non-violent mechanisms such as sports and recreation (44 per cent) and motor vehicle collisions and falls (42 per cent). The study, led by Dr. Dr. The fact that so many homeless men suffered a TBI before losing their home suggests such injuries could be a risk factor for becoming homeless, she said. Dr. In men under age 40, falls from drug/alcohol blackouts were the most common cause of traumatic brain injury while assault was the most common in men over 40 years old. This study received funding from the Canadian Institutes of Health Research and the Ontario Neurotrauma Foundation. Separately, a recent study by Dr. Dr.

The Question of Free Will Advances in brain science are calling into question the volition behind many criminal acts. A leading neuroscientist describes how the foundations of our criminal-justice system are beginning to crumble, and proposes a new way forward for law and order. On the steamy first day of August 1966, Charles Whitman took an elevator to the top floor of the University of Texas Tower in Austin. The 25-year-old climbed the stairs to the observation deck, lugging with him a footlocker full of guns and ammunition. The evening before, Whitman had sat at his typewriter and composed a suicide note: I don’t really understand myself these days. By the time the police shot him dead, Whitman had killed 13 people and wounded 32 more. It was after much thought that I decided to kill my wife, Kathy, tonight … I love her dearly, and she has been as fine a wife to me as any man could ever hope to have. For that matter, so did Whitman. At the same time, Alex was complaining of worsening headaches.

Consciousness and Creative Trance Trance is an altered state of consciousness which individuals can enter through a variety of techniques, including hypnotism, drugs, sound (particularly music, percussive drumming etc.), sensory deprivation, physical hardships (eg. flagellation, starvation, exhaustion) and vigorous exercise (particularly dance). People can also use trance, particularly in the context of ‘ritual’ events, to learn new strategies of thinking or of relating to one another. There are different types of learning: for example what Eric Jantsch calls ‘conscious learning’ is a transaction between consciousness, the environment and memory. Jantsch also identifies ‘superconscious learning’, which takes place with the addition of ‘outer’ and ‘inner’ ways of learning. The feedback link between consciousness and superconsciousness gives rise to inner experiential learning or tuning-in to the dynamics of meta-systems transcending man and his immediate environment. Accessing Trance States Trance, Spirit and Consciousness

List of paradoxes This is a list of paradoxes, grouped thematically. The grouping is approximate, as paradoxes may fit into more than one category. Because of varying definitions of the term paradox, some of the following are not considered to be paradoxes by everyone. This list collects only scenarios that have been called a paradox by at least one source and have their own article. Although considered paradoxes, some of these are based on fallacious reasoning, or incomplete/faulty analysis. Logic[edit] Self-reference[edit] These paradoxes have in common a contradiction arising from self-reference. Barber paradox: A barber (who is a man) shaves all and only those men who do not shave themselves. Vagueness[edit] Ship of Theseus (a.k.a. Mathematics[edit] Statistics[edit] Probability[edit] Infinity and infinitesimals[edit] Geometry and topology[edit] The Banach–Tarski paradox: A ball can be decomposed and reassembled into two balls the same size as the original.

Tapping the immense power of thoughts The ability to heal, love and create is in our minds, says Harsh Kabra If scientists from the Bulgarian Academy of Sciences are to be believed, the human race is going to have direct contact with aliens in the next 10-15 years, not through radio waves, but through "the power of thought." For many of us, thoughts are nothing more than routine creations of a functioning brain, a la water flowing from an open tap. However, in taking a simplistic and abstract view of what philosophy professor W D Hart called "the artefacts of an analysis of a mind", we fail to appreciate the real energy that brainwaves embody. In fact, the power of thought is no longer limited to the realm of philosophy. An Austrian health care company has invented a thought-powered prosthetic arm, which works based on the impulses from the wearer's brain. A study by researchers at University College, London, corroborates that brainwaves have a direct influence on a person's behaviour.