N24 Awareness Day. Imagine if you came to work one day and your boss told you that a new law had declared that work would start one hour earlier every day. 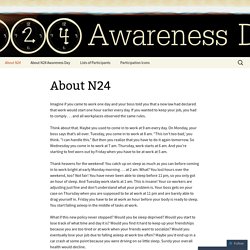 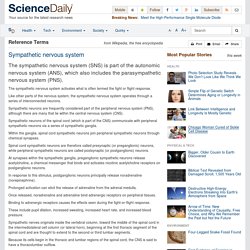 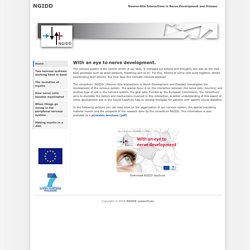 It manages our actions and thoughts, but also all the vital body processes such as blood pressure, breathing and so on. For this, billions of nerve cells work together, strictly coordinating their actions. But how does this intricate network develop? The consortium ‘NGIDD’ (Neuron-Glia Interactions in Nerve Development and Disease) investigates the development of the nervous system. The special focus is on the interaction between the nerve cells (neurons) and another type of cell in the nervous system, the glial cells.

Haas.pdf. Changes in network activity with the progression of Parkinson's disease. In this longitudinal PET study, we found that early stage PD is associated with progressive changes in regional metabolism at key nodes of the two functional brain networks that characterize this disorder. 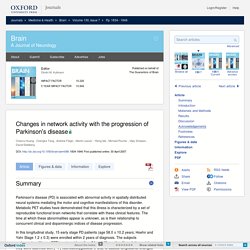 Increasing regional metabolism was observed within elements of the motor-related PDRP network, which evolved in parallel with deterioration in striatal DAT binding and UPDRS motor ratings. In contrast, the declines in cortical metabolism that were seen with advancing disease were associated with changes in the activity of the cognition-related PDCP network. Significant elevations in PDCP activity occurred late in the follow-up period, and did not correlate with motor ratings or with dopaminergic imaging measures of disease progression.

These findings indicate that the functioning of motor- and cognition-related neural systems is dissociated at the earliest symptomatic phases of the disease. An Update on DAT Scanning for Parkinson’s Disease Diagnosis. You can find out more about NPF's National Medical Director, Dr. 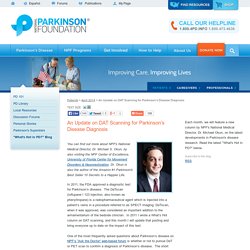 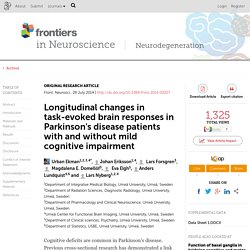 Trinity College Institute of Neuroscience. Psychosomatica. On the Pharm. KIN450-Neurophysiology - home. Depression and Anxiety. Information and depression symptoms. Depression refers to both negative affect (low mood) and/or absence of positive affect (loss of interest and pleasure in most activities) and is usually accompanied by an assortment of emotional, cognitive, physical and behavioural symptoms. 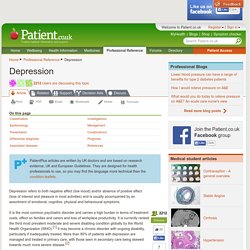 It is the most common psychiatric disorder and carries a high burden in terms of treatment costs, effect on families and carers and loss of workplace productivity. It is currently ranked the third most prevalent moderate and severe disabling condition globally by the World Health Organization (WHO).[1] It may become a chronic disorder with ongoing disability, particularly if inadequately treated. More than 80% of patients with depression are managed and treated in primary care, with those seen in secondary care being skewed towards much more severe disease.[2] Persistent sadness or low mood nearly every day.Loss of interests or pleasure in most activities. 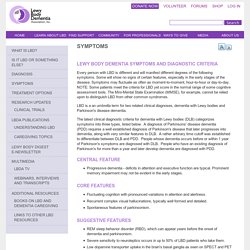 Some will show no signs of certain features, especially in the early stages of the disease. Symptoms may fluctuate as often as moment-to-moment, hour-to-hour or day-to-day. NOTE: Some patients meet the criteria for LBD yet score in the normal range of some cognitive assessment tools. The Mini-Mental State Examination (MMSE), for example, cannot be relied upon to distinguish LBD from other common syndromes. Parkinson's UK - Homepage. Welcome to Parkinson's Australia.