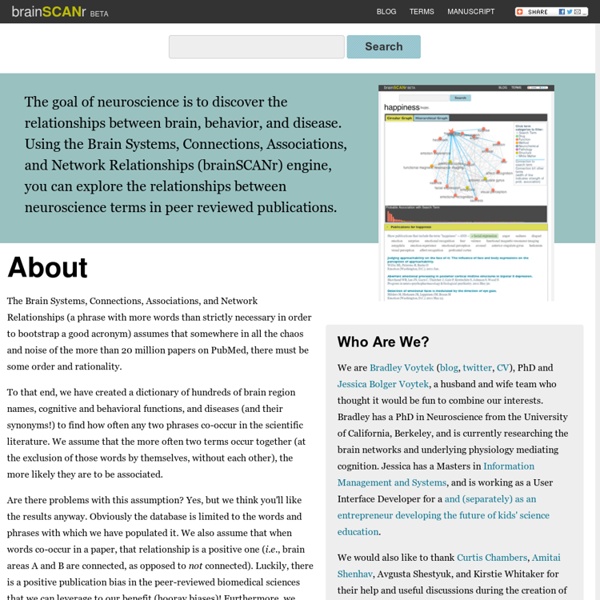 How Our Brains Make Memories Sitting at a sidewalk café in Montreal on a sunny morning, Karim Nader recalls the day eight years earlier when two planes slammed into the twin towers of the World Trade Center. He lights a cigarette and waves his hands in the air to sketch the scene. At the time of the attack, Nader was a postdoctoral researcher at New York University. He flipped the radio on while getting ready to go to work and heard the banter of the morning disc jockeys turn panicky as they related the events unfolding in Lower Manhattan. Nader ran to the roof of his apartment building, where he had a view of the towers less than two miles away. He stood there, stunned, as they burned and fell, thinking to himself, “No way, man. In the following days, Nader recalls, he passed through subway stations where walls were covered with notes and photographs left by people searching desperately for missing loved ones. Nader believes he may have an explanation for such quirks of memory.

Shared Libraries Shared libraries are libraries that are loaded by programs when they start. When a shared library is installed properly, all programs that start afterwards automatically use the new shared library. It's actually much more flexible and sophisticated than this, because the approach used by Linux permits you to: update libraries and still support programs that want to use older, non-backward-compatible versions of those libraries;override specific libraries or even specific functions in a library when executing a particular program.do all this while programs are running using existing libraries. 3.1. For shared libraries to support all of these desired properties, a number of conventions and guidelines must be followed. 3.1.1. Every shared library has a special name called the ``soname''. Every shared library also has a ``real name'', which is the filename containing the actual library code. The key to managing shared libraries is the separation of these names. 3.1.2. 3.2. 3.3. 3.3.3. 3.4.

Buddhism -- The Four Noble Truths -- 4 Truths Bibliothèque Magnetic manipulation of the sense of morality : Neurophilosophy WHEN making moral judgements, we rely on our ability to make inferences about the beliefs and intentions of others. With this so-called “theory of mind”, we can meaningfully interpret their behaviour, and decide whether it is right or wrong. The legal system also places great emphasis on one’s intentions: a “guilty act” only produces criminal liability when it is proven to have been performed in combination with a “guilty mind”, and this, too, depends on the ability to make reasoned moral judgements. MIT researchers now show that this moral compass can be very easily skewed. Liane Lee Young of MIT’s Department of Brain and Cognitive Science and her colleagues asked participants to make moral judgements about different variations of a number of scenarios. These scenarios differ in the beliefs underlying Grace’s actions and in their outcome. Whether or not these findings extend to real world judgements remains to be seen. Young, L., et al. (2010). Saxe, R. & Kanwisher, N. (2003).

10 Reasons Why People Initially Suck at Programming | Talk Binary Initially everyone sucks at programming. So we decided to compile a list that identifies reasons and advice to improve your programming skills. 1. Let’s get this straight. For example check this 16-yo Kid Makes a Million Dollars Following His Hero Steve Jobs. So if you find yourself lacking some motivation, maybe thats why you aren’t that great. 2. Beware of my coding skills! Like anything else, programming is an art in itself. Many will be intimidated by the nerds, naturals, prodigy childs, or even how hard programming is. 3. I’ve seen this way too many times where people start blaming the professor who can’t teach, the TA, the crappy compiler, the IDE, or even the OS. Did you know Roller Coaster Tycoon was written almost entirely in assembly? 4. Programming requires you to think outside the box. Take it slow, and just start learning everything one step at at time. If you don’t understand the basics, how do you think you are going to understand the advanced topics? 5. Just do it. 6. 7.

Meditation May Protect Your Brain | Miller-McCune Online For thousands of years, Buddhist meditators have claimed that the simple act of sitting down and following their breath while letting go of intrusive thoughts can free one from the entanglements of neurotic suffering. Now, scientists are using cutting-edge scanning technology to watch the meditating mind at work. They are finding that regular meditation has a measurable effect on a variety of brain structures related to attention — an example of what is known as neuroplasticity, where the brain physically changes in response to an intentional exercise. A team of Emory University scientists reported in early September that experienced Zen meditators were much better than control subjects at dropping extraneous thoughts and returning to the breath. The same researchers reported last year that longtime meditators don’t lose gray matter in their brains with age the way most people do, suggesting that meditation may have a neuro-protective effect. Where does all this lead?

Douglas Rushkoff: Why Johnny Can&#039;t Program: A New Medium Requires A New Literacy Ask any kid what Facebook is for and he'll tell you it's there to help him make friends. What else could he think? It's how he *does* make friends. He has no idea the real purpose of the software, and the people coding it, is to monetize his relationships. The kids I celebrated in my early books as "digital natives" capable of seeing through all efforts of big media and marketing have actually proven *less* capable of discerning the integrity of the sources they read and the intentions of the programs they use. Amazingly, America - the birthplace of the Internet - is the only developed nation that does not teach programming in its public schools. Just last year, while researching a book on America's digital illiteracy, I met with the Air Force General then in charge of America's cybercommand. As we continue to look at programming as a menial skill to be outsourced to developing nations, we will lose our innovative superiority as well. All systems have embedded purposes.

Chapter 12: Attention and Consciousness Attention involves top-down (voluntary) goal-directed processes and bottom-up (reflexive), stimulus-driven mechanisms. They influence the way information is processed in the brain and can occur early during sensory processing. Balint's syndrome is a visual attention and awareness deficit. Herman von Helmholt He did an experiment that looked at covert attention. E.C. He looked at the cocktail effect, which is the idea that in a noisy environment people cal focus on a single conversation. Donald Broadbent He came up with the model of selective attention, which states that there is a gating mechanism that determines what information is passed on for higher analysis. Michael Posner He came up with the spatial cuing paradigm. Reflexive Attention reflexive cuing: attention to an external stimuli. Anne Tresiman She did an experiment that focused on the visual search paradigm. Attention to Features and Objects. Neurophysiology Steven Hillyard looked and auditory selective attention. Neuroimaging