If The World Were 100 People 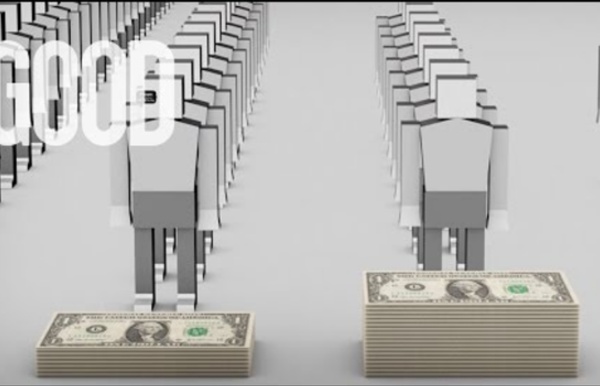 More Than Just Male and Female: The Six Genders in Classical Judaism — SOJOURN It's very easy to assume that Judaism is an exclusively gender-binary religion. Almost all of the common traditional laws are based on the assumed differences between males and females. We see it in assumed gender roles, in liturgy, in proscribed family responsibilities, and in both our secular and religious laws. If, however, we look just a bit deeper into our sacred texts, we see that a simple male/female binary is not only cumbersome, it's wholly inaccurate. This description from Trans Torah/Rabbi Elliot Kukla starts the conversation that we will continue throughout the summer:

From MIT Press: 10 Topics Every 21st Century Citizen Should Know About “That’s it: I need to know what I need to know!” I exclaimed recently when I heard about the “Essential Knowledge” series published by MIT Press. Know what I mean? Before European Christians Forced Gender Roles, Native Americans Acknowledged 5 Genders It wasn’t until Europeans took over North America that natives adopted the ideas of gender roles. For Native Americans, there was no set of rules that men and women had to abide by in order to be considered a “normal” member of their tribe. In fact, people who had both female and male characteristics were viewed as gifted by nature, and therefore, able to see both sides of everything. According to Indian Country Today, all native communities acknowledged the following gender roles: “Female, male, Two Spirit female, Two Spirit male and Transgendered.” “Each tribe has their own specific term, but there was a need for a universal term that the general population could understand. The Navajo refer to Two Spirits as Nádleehí (one who is transformed), among the Lakota is Winkté (indicative of a male who has a compulsion to behave as a female), Niizh Manidoowag (two spirit) in Ojibwe, Hemaneh (half man, half woman) in Cheyenne, to name a few.

The two questions that determine your scientific literacy “Through basic science literacy, people can understand the policy choices we need to be making. Scientists are not necessarily the greatest communicators, but science and communication is one of the fundamentals we need to address. People are interested.” -James Murdoch “Of course I knew my skin was a different color. But I didn’t think that that made us better or worse.” — Quartz This story is part of a series called Craigslist Confessional. Writer Helena Bala has been meeting people via Craigslist and documenting their stories for nearly two years. Each story is written as it was told to her. Bala says that by listening to their stories, she hopes to bear witness to her subjects’ lives, providing them with an outlet, a judgment-free ear, and a sense of catharsis.

American Kakistocracy – Thaddeus Howze – Medium Kakistocracy: is a term meaning a state or country run by the worst, least qualified, or most unscrupulous citizens. A rarely seen word you should familiarize yourself with. Likely to become the word used to describe this particular presidency in the future. 100-Year-Old Portraits of Immigrants to Ellis Island Show the People Who Helped Shape America To understand our present, we must first have a sense of our past. The historic Ellis Island in the United States is a symbol of the “melting pot” that has come to define the country—it’s a place where many modern families got their start in America. Active between 1892 and 1954, it served as an immigration inspection station for the millions of people arriving into the country.