Ancient Greece: a world in evolution 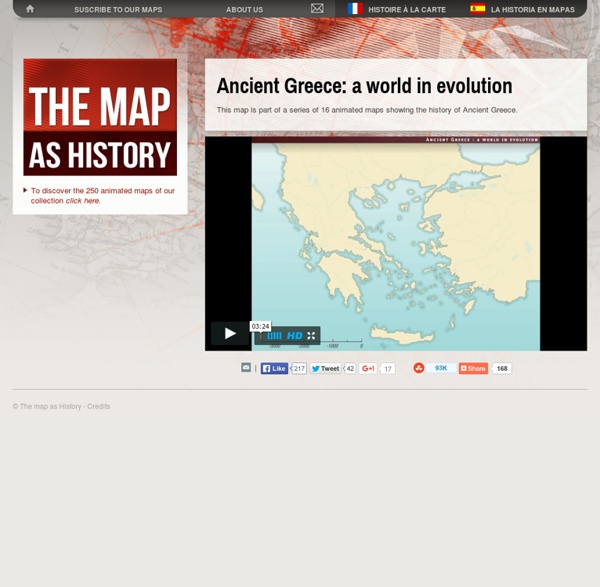 Rome Reborn Mission Rome Reborn is an international initiative whose goal is the creation of 3D digital models illustrating the urban development of ancient Rome from the first settlement in the late Bronze Age (ca. 1000 B.C.) to the depopulation of the city in the early Middle Ages (ca. A.D. 550). With the advice of an international Scientific Advisory Committee, the leaders of the project decided that A.D. 320 was the best moment in time to begin the work of modeling. At that time, Rome had reached the peak of its population, and major Christian churches were just beginning to be built. History Since 1997, the Virtual World Heritage Laboratory of the University of Virginia (VWHL), the UCLA Experiential Technology Center (ETC), the Reverse Engineering Lab at the Politecnico di Milano, the Ausonius Institute of the CNRS and the University of Bordeaux-3, and the University of Caen have collaborated on a project to create a digital model of ancient Rome as it appeared in late antiquity. The name

TURKS :: Chronology The Turkic speaking Uighurs were one of many distinct cultural groups brought together by the trade of the Silk Route at Turfan in Chinese Central Asia. The Uighurs, primarily pastoral nomads, observed a number of religions including Manichaeism, Buddhism, and Nestorian Christianity. Many of the artefacts from this period were found in the 19 th century in this remote desert region of China. The Seljuks were another Central Asian nomadic group. The Seljuks were Sunni Muslims . The last Seljuk sultan died in battle in 1194 when the Great Seljuks were defeated by the Mongols. These enigmatic paintings are by Muhammad Siyah Qalam – ‘Muhammad of the Black Pen’. Timur (1336-1405) is known in the west as Tamerlane. It was during Timur’s reign that the nomadic steppe culture of Central Asia fused with the settled culture of Iran. Contemporaries noted Timur’s preoccupation with history.

Food in Ancient Greece The Greek diet consisted of foods that were easily raised in the rocky terrain of Greece’s landscape. Breakfast was eaten just after sunrise and consisted of bread dipped in wine. Lunch was again bread dipped in wine along with some olives, figs, cheese or dried fish. Supper was the main meal of each day. Fish was the main source of protein in the Greek diet. Wine was the main drink in ancient Greece. The Greeks did not have any eating utensils, so they ate with their hands. Men often gathered for dinner parties called symposiums. Daily Life in Ancient Greece Children Clothing Fashion Food Home Life Marriage Men and Women's Roles Shopping Women Historyphoto101.com - Great History Photos, Right Price Follow our updates on Facebook or Twitter Pictures on this page are for viewing only. Please see Pictures Galleries for Royalty Free images for Educational uses. Copyright © 2000-2014 All Rights Reserved History Source LLC. Contact Us: Suggest a Site - General Comments

Heroes of History - The Heroic Monomyth As of July 1, 2013 ThinkQuest has been discontinued. We would like to thank everyone for being a part of the ThinkQuest global community: Students - For your limitless creativity and innovation, which inspires us all. Teachers - For your passion in guiding students on their quest. Partners - For your unwavering support and evangelism. Parents - For supporting the use of technology not only as an instrument of learning, but as a means of creating knowledge. We encourage everyone to continue to “Think, Create and Collaborate,” unleashing the power of technology to teach, share, and inspire. Best wishes, The Oracle Education Foundation

Ancient Greece Enuma Elish: Babylonian Creation Myth Dennis Bratcher The Enuma Elish is a Babylonian or Mesopotamian myth of creation recounting the struggle between cosmic order and chaos. It is basically a myth of the cycle of seasons. This version was written sometime in the 12th century BC in cuneiform on seven clay tablets. However, there are simply too many similarities to deny any relationship between the accounts. The version presented here is a combination of several translations but is substantially based on the translation of E. Tablet I The stage is set for the story. When on high the heaven had not been named, Firm ground below had not been called by name, When primordial Apsu, their begetter, And Mummu-Tiamat, she who bore them all, Their waters mingled as a single body, No reed hut had sprung forth, no marshland had appeared, None of the gods had been brought into being, And none bore a name, and no destinies determined-- Then it was that the gods were formed in the midst of heaven. "My little son, my little son!" Tablet II

George III of the United Kingdom George III (George William Frederick; 4 June 1738[1] – 29 January 1820) was King of Great Britain and King of Ireland from 25 October 1760 until the union of these two countries on 1 January 1801, after which he was King of the United Kingdom of Great Britain and Ireland until his death. He was concurrently Duke and prince-elector of Brunswick-Lüneburg ("Hanover") in the Holy Roman Empire until his promotion to King of Hanover on 12 October 1814. He was the third British monarch of the House of Hanover, but unlike his two Hanoverian predecessors he was born in Britain, spoke English as his first language,[2] and never visited Hanover.[3] His life and reign, which were longer than any other British monarch before him, were marked by a series of military conflicts involving his kingdoms, much of the rest of Europe, and places farther afield in Africa, the Americas and Asia. In the later part of his life, George III suffered from recurrent, and eventually permanent, mental illness.

English Monarchs - A complete history of the Kings and Queens of England.