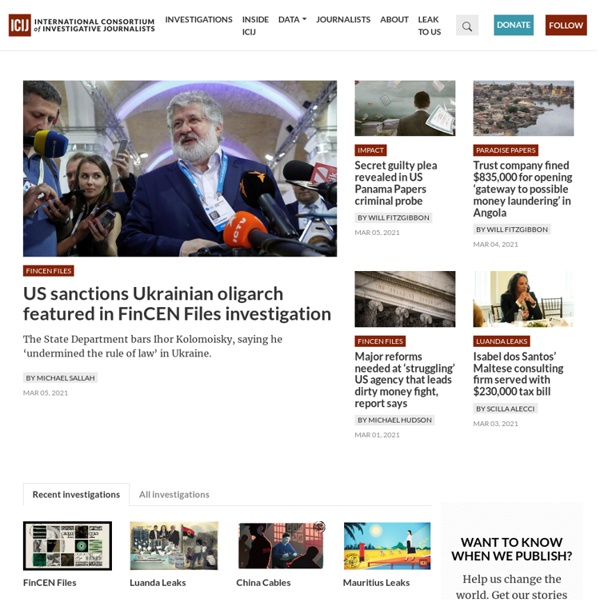 Top Ten Reasons Why Kids Under the Age of 18 Should Be Allowed to Vote In Government Elections - TheTopTens® BlueTopazIceVanilla This is my second list I thought up for a while, and it's kind of a sister to my other list: Top Ten Reasons Why Kids Should Get Paid to Go to School. IMPORTANT NOTE: I am NOT saying that kids on TheTopTens can't vote, and that they should be able to. I'm saying that kids SHOULD BE ABLE TO VOTE ON OFFICIAL ELECTIONS (state, city, country elections e.t.c.) I hope that clears any predicted confusion, and enjoy the list! The Top TenXW NSA files decoded: Edward Snowden's surveillance revelations explained Two factors opened the way for the rapid expansion of surveillance over the past decade: the fear of terrorism created by the 9/11 attacks and the digital revolution that led to an explosion in cell phone and internet use. But along with these technologies came an extension in the NSA’s reach few in the early 1990s could have imagined. Details that in the past might have remained private were suddenly there for the taking.

Redaction error reveals FBI did target Lavabit to spy on Edward Snowden A redaction oversight by the US government has finally confirmed that the Federal Bureau of Investigation’s targeting of secure email service Lavabit was used specifically to spy on Edward Snowden. Ladar Levison, creator of the email service, which was founded on a basis of private communications secured by encryption and had 410,000 users, was served a sealed order in 2013 forcing him to aid the FBI in its surveillance of Snowden. Levison was ordered to install a surveillance package on his company’s servers and later to turn over Lavabit’s encryption keys so that it would give the FBI the ability to read the most secure messages that the company offered. He was also ordered not to disclose the fact to third-parties. News Archives - The Anti-Media Sep05 Lebanon Protest Leaders Reveal Connections To Western Color Revolution Apparatus Posted by Brandon Turbeville on Sep 5, 2015 Lebanon Protest Leaders Reveal Connections To Western Color Revolution Apparatus Is the recent unrest in Lebanon yet another US led attempt at regime change?

Police composite software makes realistic portraits of literary characters No, those lines are nothing at all like how the book is written. In fact, that paragraph is quite tame. The way the book is written is...unique to say the least. Let's just say that the narrator is as much a character as the characters, and that narrator has been up for the past 5 nights blitzed on caffeine, watching early 90s MTV, listening to lots of loud, angry punk and grunge, studying hard for a Sumerian mythology exam, watching Kurosawa films, and reading up on the newest information technology that (at the time, which was 1992) was just around the corner. The chapters also follow two timelines that are not always chronologically in synch with each other, but once you get used to it, it's easy to figure out.

List of forms of government Ever wondered what all those ...ocracies and ...archies were? Seek no further than RationalWiki's list of forms of government. Anarchism A form of government (or lack thereof) with no ruling hierarchy, instead decisions are made at a directly democratic level: laws are created by citizens alone, although they may be enforced by institutions that are not publicly controlled. Home Appliance Energy Use In the United States, over 20% of our total energy consumption is residential. In fact, in the United States, we are the 7th largest per capita consumer of residential energy. Where is all of that energy going? Source Reveals How Pentagon Ruined Whistleblower's Life and Set Stage for Snowden's Leaks In a Democracy Now! broadcast exclusive, we speak with a former senior Pentagon official about how his superiors broke the law to punish a key National Security Agency whistleblower for leaking information about waste, mismanagement and surveillance. His account sheds light on how and why Edward Snowden revealed how the government was spying on hundreds of millions of people around the world. John Crane worked 25 years for the Department of Defense Office of Inspector General, which helps federal employees expose abuse. He now says whistleblowers have little choice but to go outside the system, and is speaking out about what happened to NSA whistleblower Thomas Drake, who revealed the existence of a widespread illegal program of domestic surveillance.

#NoWarInSyria: If You Don’t Want World War III In The Middle East You Need To Let Your Voice Be Heard NOW We are closer to the start of World War III than we have been in decades. In part 3 of this series of articles, I discussed the fact that President Trump’s team was preparing a “military response” in Syria and that a “coalition” is being formed to remove Syrian President Bashar al-Assad from power. Well, as I am writing this article the missiles have started flying. Cruise missiles from a U.S. Navy vessel in the Mediterranean Sea have hit multiple targets inside Syria, and many fear that what we have just witnessed could be the beginning of a broader conflict.

Mountain Dew Pizza Restaurant Asks Internet to Name Its New Drink, 4chan Happily Obliges [UPDATE] getting rick rolled when you go to your link. Happen to have a recording of Johnny Cash and Bod Dylan singing "Good Ol' Mountain Dew", a song about said moonshine. Also, as I understand it, one of the original selling points of Mountain Dew (the soda) was as something you can mix with Mountain Dew (moonshine) to enhance the flavor. This one may be a bit of an urban legend, but... Sounds like an urban legend, especially as I've never heard of moonshine being mixed with anything, traditionally, and almost everyone I know who drinks modern, legal versions of moonshine, like Georgia Moon, tends to drink it neat.

Propaganda - Wikipedia Form of communication intended to sway the audience through presenting only one side of the argument In the 20th century, the term propaganda was often associated with a manipulative approach, but historically, propaganda has been a neutral descriptive term.[1][2] A wide range of materials and media are used for conveying propaganda messages, which changed as new technologies were invented, including paintings, cartoons, posters, pamphlets, films, radio shows, TV shows, and websites. More recently, the digital age has given rise to new ways of disseminating propaganda, for example, bots and algorithms are currently being used to create computational propaganda and fake or biased news and spread it on social media. Etymology[edit] From the 1790s, the term began being used also to refer to propaganda in secular activities.[2] The term began taking a pejorative or negative connotation in the mid-19th century, when it was used in the political sphere.[2]

Documents reveal feds' effort to discredit Snowden, reveal CIA ties Newly declassified NSA documents provide official confirmation that Edward Snowden was a CIA asset, and show the extent to which the government went to discredit him after he told lawmakers in Europe that he tried to blow the whistle on a secret federal program that snooped on private citizens. The documents, obtained by Vice News, do not conclusively confirm claims by Snowden, then a private contractor working for the NSA, that he tried to alert supervisors of what he believed to be illegal spying before going public. They do show that following a flurry of claims by Snowden in early 2014 that his supposed concerns the agency was violating the constitutional rights of citizens were ignored, Obama administration officials sought to discredit him with his own words. “I’m not entirely certain, but this does not seem correct, as it seems to imply Executive Orders have the same precedence as law,” Snowden writes in the email after reposting a section of “the training.”