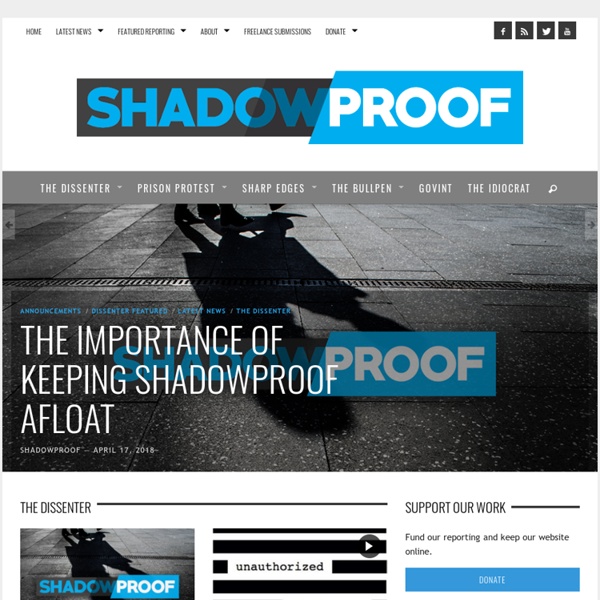 democracyarsenal.org Correcting Myths About Federal Pay SOURCE: AP/Douglas C. Pizac Brett Tolman, pictured here, is a federal prosecutor in Utah. Federal workers on average not only are better educated than those in the private sector, but are also more experienced and older. This helps explain the compensation gap that appears when looking at unadjusted wages. By Lauren Smith | October 25, 2010 More than half of Americans mistakenly believe that federal workers are overpaid, and a third also wrongly think they are underqualified, according to a recent poll . The public’s misperception of federal employees as overfed bureaucrats underscores the recent success of conservative commentators at perpetuating false stereotypes about public servants, co-opting even , America’s second-largest newspaper, which recently published a misleading analysis of public and private sector pay levels. So in the newspaper’s analysis, the salary of a McDonald’s cook and that of a federal prosecutor are given equal weight in the average. Aside from the U.S.

Wisconsin’s Budget Fight is Only the Beginning What you are watching in Wisconsin is your future. Since 2007, Americans have lost trillions of dollars in wealth. And ever since, we’ve been arguing about who should pay and who should be protected. Wisconsin represents the next — and most painful — round of the argument. During the good years, states and cities made retirement promises to their workers. Where did the trillion go? So, now a question: out of whose pockets should that trillion come? There’s no ready answer to the question. State workers have some valid complaints: states made contracts with them, they relied on the contracts, and now they expect the contracts to be honored. If there’s no ready answer, then how is the issue to be settled? In the New York Times this week, David Brooks offered a wise ideal : “The cuts have to be spread more or less equitably among as many groups as possible. Brooks describes exactly how the job of adjustment should be done. Bondholders have more muscle than mortgaged homeowners.

The Daily Dish | By Andrew Sullivan Home News - The Daily Dish | By Andrew Sullivan The Dish is moving! In April, we'll be joining The Daily Beast. For me, it's a strange mixture of excitement and sadness. Sadness because the Atlantic has been a very special home for me and all the interns and staffers who have worked at the Dish. The more than four years that I've worked here have been the most rewarding, exhilarating and challenging of my career. I cherish my colleagues, their support and debate, and will miss them deeply. But there are some opportunities you just can't let pass by. We remain committed to the same principles from the very beginning: in no-one's ideological grip, in search of the truth through data and open, honest debate, in love with the new media's variety and immediacy, committed to accountability and empiricism and resistant to any single category of subject or form. Now we will ride a new Beast into a new decade.

Don't Believe The Scary Words You Hear About The Debt Ceiling | Capital Gains and Games Posted by Stan Collender Much of what being said about what happens if the federal debt ceiling isn’t raised immediately when the current borrowing limits is reached is just wrong. My column in this week’s Roll Call tries to correct the misinformation, misunderstanding, and...well...lies. Don’t Believe What’s Said About Debt Ceiling There is so much misinformation and grossly misleading talk about what will happen if the federal debt ceiling isn’t increased that, before any more unnecessary bloodcurdling language is used that increases everyone’s anxiety, it’s worth taking a few steps back from the edge. First, not raising the current federal debt limit absolutely will not immediately shut down the federal government. Government shutdowns occur when the appropriation that funds a department or agency isn’t enacted. Second, and again contrary to what some have stated as gospel, reaching the debt ceiling will not automatically lead to a federal default on the nation’s existing debt.